OPINIONS Stabilization of China-US relations probably the most likely scenario: US scholar

Stabilization of China-US relations probably the most likely scenario: US scholar 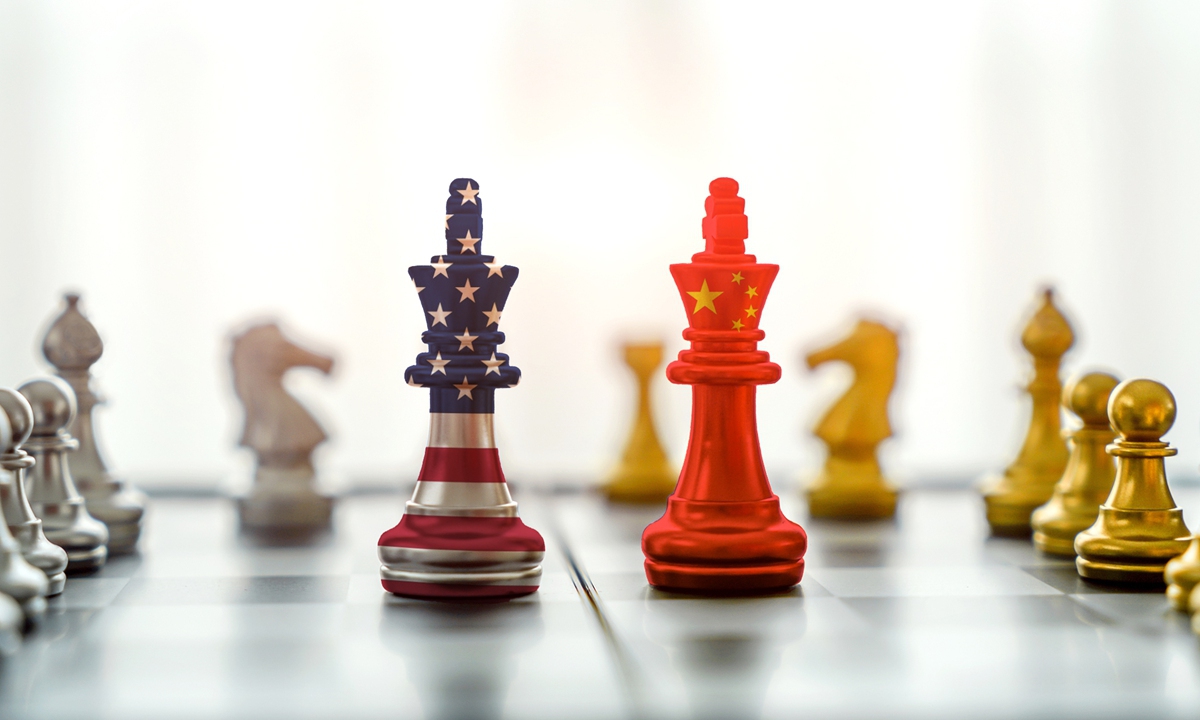 Editor's Note:
The relationship between China and the US, arguably the most intense seen in decades, now dominates global debate from a spectrum of fields. American elites represented by late China hand Ezra Vogel once drove the development of the bilateral relationship, while those of today are redefining it. Do opportunities to improve this relationship still exist? Will the relations stabilize at some point? Global Times (GT) reporter Wang Wenwen talked to Steven Vogel (Vogel), a Professor of Political Science at the University of California, Berkeley and son of Ezra Vogel, about these issues and how he is carrying on his father's mission.

GT: You mentioned once that there was a project going on at your father's death which advises the Biden administration of opportunities to improve the US-China relationship. More than one year into Biden's presidency, do you think these opportunities still exist?
Vogel: Absolutely. But first of all, it's going to take time. It's not going to happen soon, and it's not going to happen quickly. So we have to be realistic. But I think forward progress is absolutely possible, but it will require hard work on both sides. If the Biden administration doesn't see positive movement in China, then it probably is not going to move in a positive direction itself. So it's a dance. Both sides have to make compromises.

There's a certain amount of skepticism in the US government about Chinese behavior right now. But I think there is definitely the potential for progress. I'm not an expert on US-China relations, but I think at the first meeting in Alaska both sides were kind of playing tough, but they're leaving room for some softening later on.

GT: Your father and his generation of American elites drove the development of China-US relations, while now American elites are redefining bilateral relations. What do you think?
Vogel: I think there are quite a few scholars who agree with my father that we should strive to improve relations with China. There were two op-eds in the Washington Post. One of them was by himself. The other was with a large group. So if you look at that one, you will see a long list of names of prominent scholars who want better US-China relations.

It's true that there's not a consensus on this. There's another group that thinks we should get tougher with China. So there's a kind of balance of power, but I don't agree that there are no more people that agree with my father. I think there are quite a few. Some of them are frustrated because China's behavior strengthens their adversaries in the United States. But they are working very hard to try to improve relations with China. I recognize that there are scholars in China doing the same thing. They sincerely hope for better relations with the US, but neither of those groups is dominant within their own country.

GT: Do you think the relationship between China and the US is in a downward spiral? Will it stabilize at some point? If it stabilizes at a certain point, what conditions are required?

Vogel: I don't think it's a downward spiral. Maybe it's in a slow downward incline right now. But there's absolutely nothing inevitable about that trajectory. I think stabilization is very possible. That's probably the most likely scenario, that it will stabilize but without major improvement. But there are also possible scenarios of a spiral downward. I don't think the current conflict with Ukraine helps. I think China's stance on that conflict is a major negative factor from the US view.

What would change things? I think major change would have to come from the top. If top leaders decide that they want to make it a priority to improve the relationship, that would be the quickest way to have an improvement. But I don't see movement, especially on the Chinese side.

GT: In our opinion, the biggest driver of China's rise is the Chinese people wanting a better life. It is the Chinese people who are driving the country to become stronger. It is a natural process, so it cannot be stopped, but the political elites in the US very much want to contain China. Do you think the US can make it?

Vogel: I think Chinese people misunderstand the US on this point. I'm not saying there's nobody in America who thinks that, but that's definitely a misinterpretation. In terms of economics, mostly the US welcomes the rise of China. If China is a bigger, richer country that drives global demand, if it makes better products cheaper and better and services cheaper, then that's great.

The United States played a major part in China's rise. I agree with you that the No.1 factor was the Chinese people, but they had the benefit of a relatively open international economic system. And that's not something we should take for granted. I think that China benefited enormously from an open international economy and the United States played a role in creating an economic environment in which China would flourish. And that was the philosophy of the US government. We call it engagement. A major driver behind the tougher stance in the United States is the perception that the policy of engagement with China failed. The idea of engagement was that if we helped China to become integrated into a world economy in a successful way, which is exactly what happened, then China would be a more open, more democratic, more tolerant, less militaristic society. And many Americans feel that China did not do that. So they feel that engagement failed.

I disagree with you that the US is trying to contain China. The US mostly welcomes the economic rise of China. Of course Americans object to certain Chinese practices. If, for example, China is favoring its own firms, applying antitrust regulations in one way for Chinese companies and in a different way for foreign companies, then the United States is not happy about that, because it feels like that's not consistent with an open market economy.

Military issues are very different. If China is a powerful status quo power, I think the United States can accept that. So it depends on what you call containment. But if China threatens its neighbors, then that's not good.

GT: The US successfully contained Japan and the Soviet Union, but we really don't think China's rise is the same as theirs. The essence of China's rise is China's human rights, that is, their rights to live a good life. Do you agree?
Vogel: Absolutely, Chinese people have a right to live a good life. I believe that the US and China can manage the rise of China successfully. I'm not saying that they will; I'm saying they can. I actually think that the problems of the world today are so serious that we have to get passed quibbling about minor issues, like tiny islands.

We've got a planet that is on fire. We have a pandemic that is global. We have a serious security crisis in Eastern Europe. The US and China have to work together to solve these problems. We can't be wasting our energy on tiny rocks or putting sand dunes on islands so that you can deploy some aircraft on them.

Vogel: In 1980, China was still poor. It was still communist. There were still a lot of people wearing the traditional "Mao suits," gender neutral, men and women dressed the same way. The reform started in 1979, so this was the next year. It was still old China.

I haven't been back that many times, but as I would go back to China every five or 10 years, you see the same traditional buildings and then skyscrapers next to each other. You could see the duality of Chinese society - the old and the new together.

I went with my father a couple of more times. The last time was 2015. We got a sense of the new modern China with the fancy shopping malls. It's been interesting to watch that transformation.

We have plenty of politicians in the US who are a little bit nationalistic, a little bit narrow-minded, but that's not just true of American politicians. So everybody has some fault there. The shift in American attitude reflects some changes in Chinese behavior, so China could help by changing that. But another factor is American domestic conditions, which China cannot control. We have high inflation right now, and unemployment is down. Wages are up a little bit. Not to mention American politics, which is very divided right now. If the United States itself is doing better, that will make it easier for China to engage with it.

GT: Is there any continuation of your father's work you are helping with now?

Vogel: Since my father passed, we've had a lot of memorial events. It's been quite overwhelming. And quite a lot of them have been in China. Also, I've been collaborating with Japanese centers of Chinese studies and Chinese centers of Japanese studies. I would like to do whatever I can to continue that. My father's last book was about relations between China and Japan. And that book was sort of his parting message. His parting message to the world was that China and Japan have to improve their relationship. I agree with him, because the future of the world hinges on the future of the Pacific and the future of the Pacific hinges on the relationship between China and Japan.

So I think he's right. And I encouraged him to write that book, because I thought he was the right person to deliver this message, because he has so many friends in China and Japan, and so much respect in both countries. So if I can play some small part to continue that, I would like to do so. I would also like to share his message with the world, especially with China and Japan. Think about how they can create a future where China and Japan are partners, and China and the United States are partners. That was my father's wish. And he worked very hard to make that a reality. It's my duty to continue that effort.