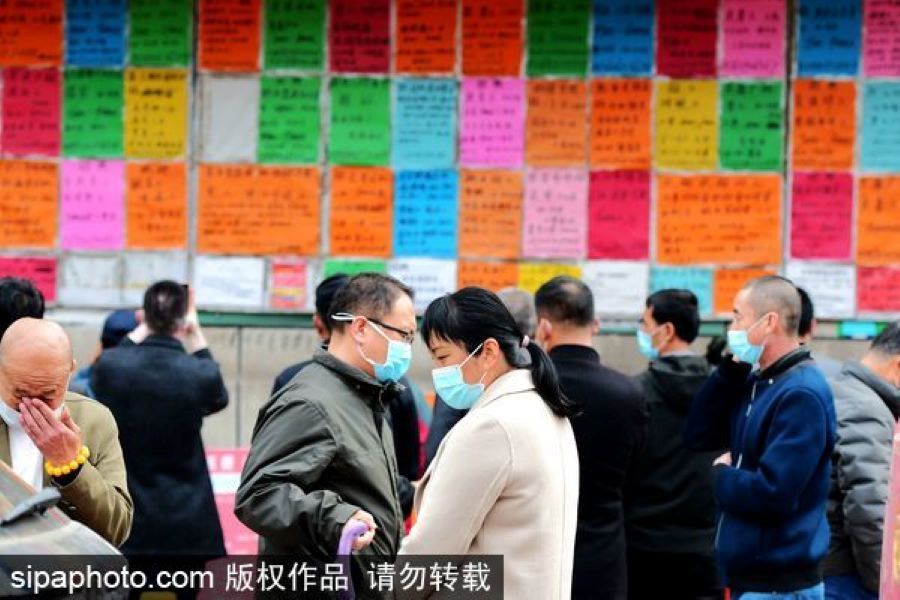 Workers look for jobs in a labor market in Qingdao, Shandong province, on April 8, 2020. (Photo: Sipa)

The Chinese government has set itself the target of creating more than 9 million jobs this year, and it will try to keep the unemployment rate at no more than "around 6 percent", according to Premier Li Keqiang in a news conference at the end of the annual two sessions in Beijing on Thursday.

These are practical targets, given the uncertainties caused by the COVID-19 pandemic. Last year, 13.52 million jobs were created and the unemployment rate was about 5 to 5.3 percent.

It will take time for the economy to recover from its negative growth in the first quarter. That's why the government has remarkably lowered the number of jobs it aims to create in the country this year, and adjusted the expected unemployment rate as well.

As the government has not set an economic growth target this year, but has set an annual job creation target, it demonstrates how central the employment issue is to the government's work, and that it views the creation of 9 million jobs the bottom line to ensure the basic economic and social stability this year. It shows the down-to-earth attitude and pragmatism of policymakers.

It is also noteworthy that as the premier pointed out there are at least 600 million people in the country, out of its 1.4 billion population, who are living on a monthly income of about 1,000 yuan ($140), although the annual average per capita disposable income of the country is more than 30,000 yuan.

That indicates not only how unemployment will instantly affect those with low incomes, but also that the country still has a long way to go in its pursuit of a more rational national wealth distribution.