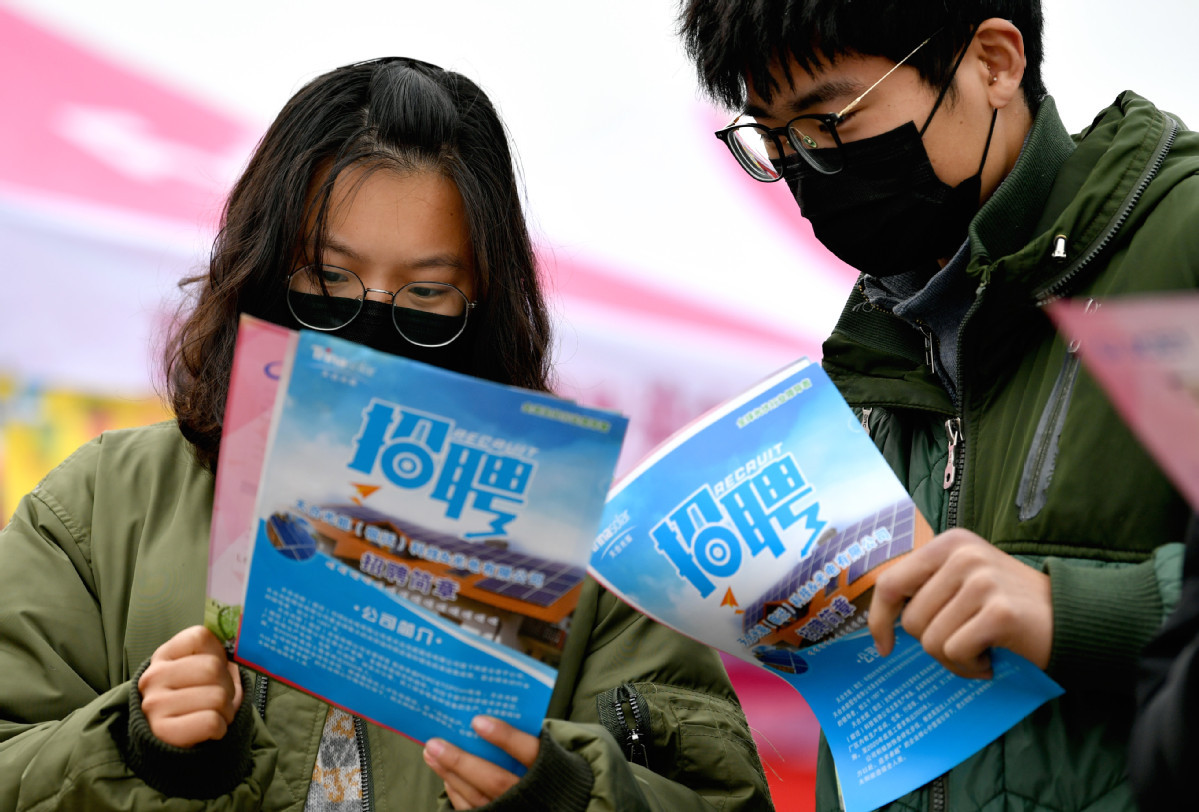 The pandemic's impacts on China's investment, consumption and exports are obvious in the first quarter. With the pandemic spreading to almost all countries, although the situation has largely been brought under control at home, the impacts look set to extend into the second quarter and beyond.

As such, unemployment will undoubtedly be a challenge that the government must address as it not only concerns the economy, but also social stability and people's livelihoods. And it should also be borne in mind that China has vowed to build a well-off society in all respects, and eliminate abject rural poverty this year.

To create enough jobs is therefore a pressing priority. The authorities must closely monitor changes in job markets, and take all necessary means to prevent the unemployment rate from dropping below the redline.

That necessitates more support for small and medium-sized enterprises, particularly those in the worst affected tourism, catering and transportation industries, as well as the labor-intensive manufacturing enterprises, as they are the main creators of jobs.

The support provided can be in the form of tax, fee and rent reductions, even exemptions, and subsidies and loans with preferential interest rates so as to prevent their collective bankruptcy.

The 290 million migrant workers, among whom at least 170 million work far from their hometowns, and other disadvantaged groups deserve more customized assistance. For instance, their employers and local governments should offer them home-to-employer transportation services to prevent the epidemic-control measures hindering their return to work.

Nearly 9 million students will graduate from college this year. Statistics show the job vacancies for college graduates are only 68 percent of that of last year. So it is advisable that the postgraduate schools enlarge their enrollment, which the education authority has already called for, and the governments of various levels enlarge their civil servant recruitment scale this year, to help cushion the pandemic's repercussions.

Also, the government can increase its financial and policy assistance to encourage more college graduates and migrant workers to become self-employed in some hot industries related to public health, e-commerce, online education and entertainment, and modern agriculture.