OPINIONS Stamp of fraud spiced up by famous chilli sauce

Stamp of fraud spiced up by famous chilli sauce 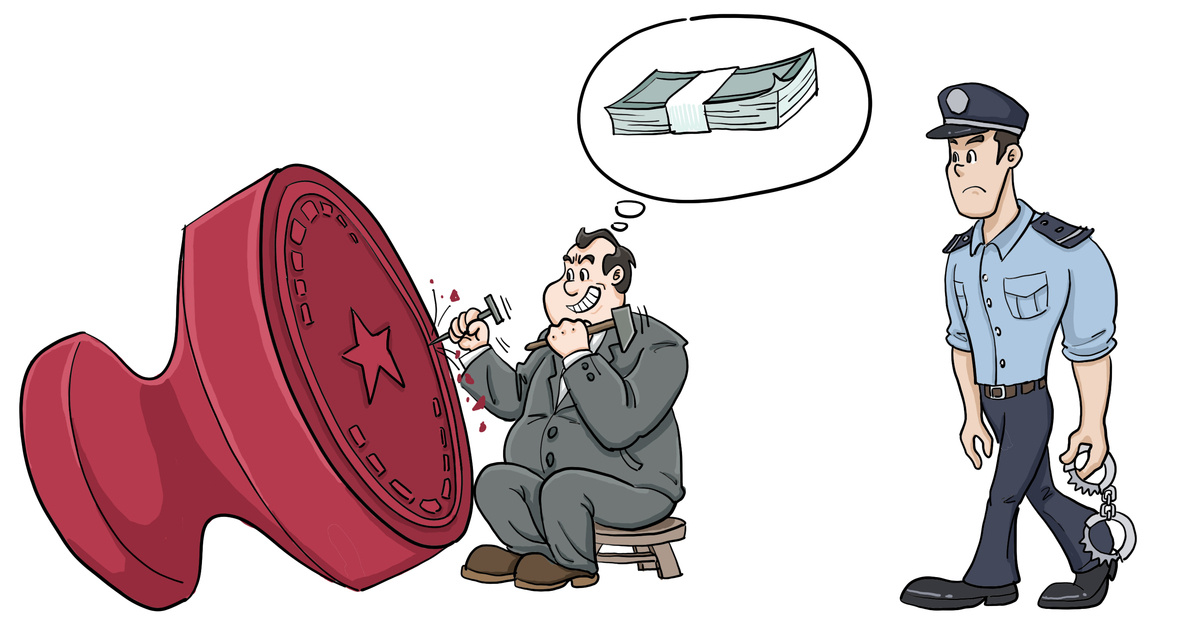 A commercial dispute between internet giant Tencent Inc and Laoganma, a company famous for its chilli sauce, has sparked an animated discussion online.

Tencent sued Laoganma in a court in Shenzhen, Guangdong province, on Tuesday, saying it had not been paid for advertisement services it provided. It also asked the court to freeze the money transferred to Laoganma's account.

Laoganma responded by saying they never signed any deal with Tencent and the latter might have been duped.

On Wednesday, the police in Guiyang, capital of Guizhou province, issued a statement saying that three people used a fake stamp to cheat Tencent into believing they were Laoganma staff and inked a deal to obtain virtual gifts to be resold online. The three have been arrested.

The incident triggered a series of jokes on social networking sites. Tencent itself joined in the fun, asking users to help with clues to catch the culprits, promising them 1,000 cans of Laoganma chilli sauce in return.

But jokes aside, the fraud should not be overlooked. It took just one fake stamp for the three fraudsters to gain Tencent's trust. The three face criminal charges of fraud and could invite an additional charge if they faked the stamp themselves. If someone else faked it, that person should face charges.

It is not clear if any virtual gifts were received and resold, but Tencent had requested the police to freeze 16,240,600 yuan ($2.3 million) in Laoganma's account. Those who purchased the gifts suffered losses. The bigger the losses, the bigger the fraud.

The incident exposes the danger posed by fake stamps and people making them. A small machine is all one needs to fake stamps; in fact, even sliced carrots have been used, giving rise to the term "carrot stamps". Which is all the more reason why people should be careful when checking stamped documents.