OPINIONS Standing together better than being apart

Standing together better than being apart 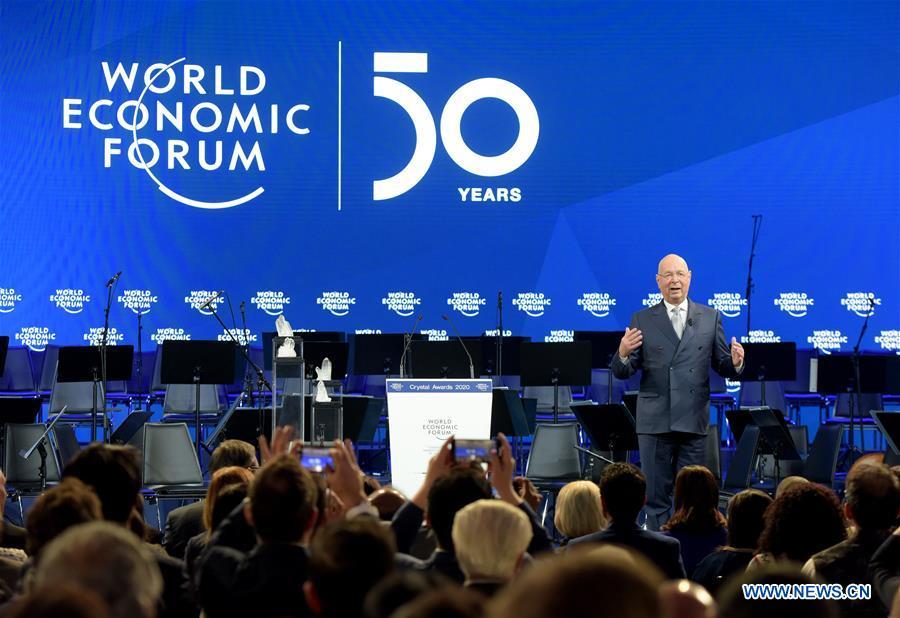 Klaus Schwab, founder and executive chairman of the World Economic Forum (WEF), speaks at the Celebration of the 50th Anniversary of WEF in Davos, Switzerland, Jan 20, 2020. (Photo: Xinhua)

The high-profile presence of the US leader at the World Economic Forum in the Swiss winter resort of Davos on Tuesday turned the pro-globalization platform into a cracked stage.

No matter how proud he is of the tremendous economic success he claims to have achieved at home, he cannot deny that this success has been attained by leveraging the United States' comparative advantages in economic globalization.

The protectionism and unilateralism pursued by the US administration has taken its toll on the global economy and trade. The escalation of tensions in regional geopolitics and climate change resulting from its unilateralism has not only rendered many previous multiparty agreements meaningless, but also enshrouded the world in a fog of uncertainty.

Just as the Global Risks Report published by the WEF on Tuesday warns, the crucial windows of opportunity to address some pressing challenges will soon close if the stakeholders do not act promptly.

Also, in its World Social Report 2020 focusing on Inequality in a Rapidly Changing World issued on the same day, the United Nations Department of Economic and Social Affairs urged the world to notice the megatrend of growing inequality caused by innovation, climate change, urbanization and migration.

In other words, the economic globalization that has brought tremendous tangible benefits to the world, particularly the developed and emerging economies since the end of the Cold War, now seems in the eyes of some to be doomed.

Which does not hold water. Even its diehard opponents cannot deny that it already is impossible for the world to return to what it was before globalization commenced, as the institutional interconnections of infrastructure, finance, information, trade, industry and governance have irreversibly evolved into a historical inevitability.

That is not a result of the dominance of any superpower, or even the common will of the international community, but the internal logic of market, technology and humanity. In their pursuit of better lives, people have no choice but to cooperate with each other and draw on their complementary advantages.

A reason that the process of globalization has been riddled with troubles, although natural in and of itself, is that the global governance system remains underdeveloped compared with the market-based industrial and technological collaboration, which is almost seamless.

This has resulted in the mismatch between power distribution and dividend allocation, which makes it easier for the power holders to exploit other parties, while passing the buck to others when it comes to solving common challenges.

That's why Vice-Premier Han Zheng's call for multilateralism, inclusiveness, openness and balance in his speech at the forum, echoing President Xi Jinping's historic speech at the same venue three years ago, has hit the nail on the head.

It is to be hoped more such voices can be heard at the forum to let the world know that the potential of standing together is more than being apart.