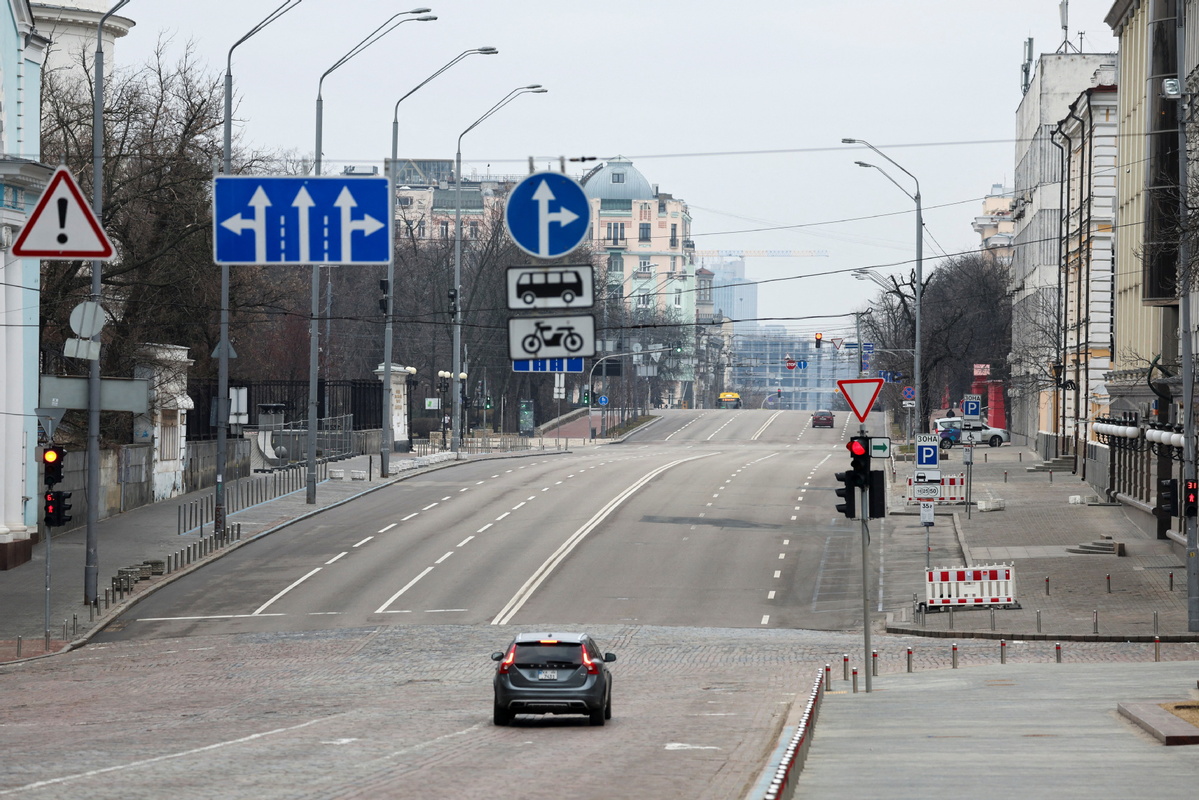 The disinformation campaign being waged against China over the Ukraine crisis has reached new heights, with The Times newspaper running a report on Friday accusing China of hacking Ukraine's defense and security departments before Russia's "invasion".

Citing anonymous United States intelligence service and Ukrainian security service sources, the report is just the latest effort by the US and its cronies to take advantage of the Ukraine crisis to stigmatize China, after their previous claims that China knew of Russia's "invasion" of Ukraine in advance and China is providing Russia with military assistance proved to be lies.

The Ukrainian security service promptly denied the claim soon after the report was published.

China gains nothing from the conflict, while the US is benefiting tremendously from it. Not only has it been able to weaken Russia, tighten its grip on Europe and drive a wedge between the European Union and China, all at the cost of Ukraine, but its military-industrial complexes and energy and financial sectors are all minting money.

The disinformation campaign being carried out against China is an integral part of this multipronged scheme, which has been disastrous for the rest of the world. The hacking claim is just another attempt by the US to smear China. Like the previous attempts to scapegoat China for US job losses, economic difficulties and ineffectual response to the COVID-19 pandemic, the US is seeking to portray China as acting maliciously.

Yet that shoe is on the US' foot. According to the National Computer Network Emergency Response Technical Team/Coordination Center of China, hackers with IP addresses in the US have markedly intensified their endeavors since late February to attack and control computers in China.

As State Councilor and Foreign Minister Wang Yi said in his telephone talk with Ukrainian Foreign Minister Dmytro Kuleba on Monday, China will by no means pour oil on the flames of the conflict and it will not observe Ukraine's troubles with indifference.

China has been very consistent in its position. It has repeatedly called for the de-escalation of the conflict with the aim of minimizing civilian losses and for negotiations to find a way to end the fighting as soon as possible. That's exactly what China will continue to do. Expressing appreciation for China's humanitarian aid for his country, Kuleba said Ukraine fully recognizes that China is acting as a positive power and hopes that it will continue to play a role in serving the interests of peace.

As the only country among the permanent members of the United Nations Security Council to have no direct geopolitical interests in the Ukraine crisis, China also "stands ready to play a constructive role" with regard to establishing a balanced, effective and sustainable security mechanism that can maintain lasting peace and stability in Europe.