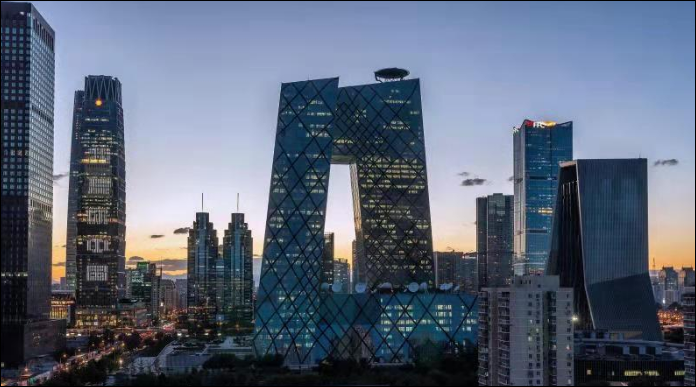 In just a couple of days, the second CGTN Global Media Summit will be held in Chongqing on October 16. It's an exciting occasion where Chinese storytellers grapple with the new complexities that the evolving international situation and technologies bring to the media industry.

But to many international media consumers, the name CGTN may not be familiar. It is interesting to note that there's BBC and Guardian, there's CNN and Fox News, and there's “Chinese media.”

In fact, there are hundreds of media outlets in China. But unless one works in the media industry or is familiar with China, it is hard for them to name many Chinese media outlets like Xinhua and People's Daily, let alone read news from them.

But strangely enough, the West still “knows” Chinese media and considers it “untrustworthy” and a “propaganda machine.” This deeply rooted stereotype is not based on personal experiences or rigorous academic research, it's the result of the West viewing itself as the "standard" and excluding anything unfamiliar as "other."

Simply put, the West has held this train of thought ever since the colonial times. Over 40 years ago, one of the most renowned scholars in the social sciences, Edward Said, shrewdly observed this process, which he labeled "orientalism." Although his main focus was on Western representations of the Middle East, many of the same rules apply.

“Orientalism can be discussed and analyzed as the corporate institution for dealing with the Orient – dealing with it by making statements about it, authorizing views of it, describing it, by teaching it, settling it, ruling over it,” Said explained.

In this way, saying that “Chinese media is untrustworthy” is not an argument, it is a given and a known fact in the Western media context: you can rebut a point of view but cannot refute a given fact. Before even reading a news story from China, it has already been branded and sentenced to an unlimited time of being stereotyped.

To put it simply, media is a path through which we construct a world view. Every piece of news enables us to experience a different story and go to different places. Although many say the “post-truth” era has come, when truth does not matter and cannot be traced, there is no alternative fact; there's only alternative way to present a fact and analyze it.

By discrediting Chinese media, the West has deprived China of its right to give its own compelling ideas and most importantly, silenced China from the process of giving itself its own identity and representing itself on the world stage. It in turn gives the West more authority to define the “real” China.

But should we be concerned about this competition over “just” words and ideas? Yes. Because the hegemonic control over culture has direct political and economic consequences. The current trade war started by the US was launched based on a range of accusations against China: stealing technology, breaking trade rules and “debt trapping” other developing countries, just to name a few.

Once they have established the image of China being all those things, it gives them great legitimacy to start such a trade war against China even at a painful cost. And it is in this way the anti-China discourse becomes not just “words” but causes real damage.

Another victim of such cultural control would be African countries – classically represented by the West as poor, primitive and underdeveloped. The Structural Adjustment Program in the 1990s, which the world economic institutions initiated to help the continent, failed to deliver its mission.

And has the Middle East always been a chaotic place where terrorists are born? Has the chaos made it easier for the US and its allies to send more troops and start more airstrikes in this area without having to make further explanations at the UN?

The argument that the Western media has an established stereotype against Chinese media is not meant to glorify Chinese media. It only tries to point out the urgency to challenge the current “Western media hegemony.” But in the foreseeable future there are bound to be conflicts when the two sets of discourse meet each other.

And a dilemma does exist for Chinese media outlets: must they speak in the Western value system to make their stories more easily accepted and increase their audience; or must they tell their own stories and ignore the agenda pushed by the West? As China's influence in the world has become increasingly important, this dilemma is more urgent than ever before.