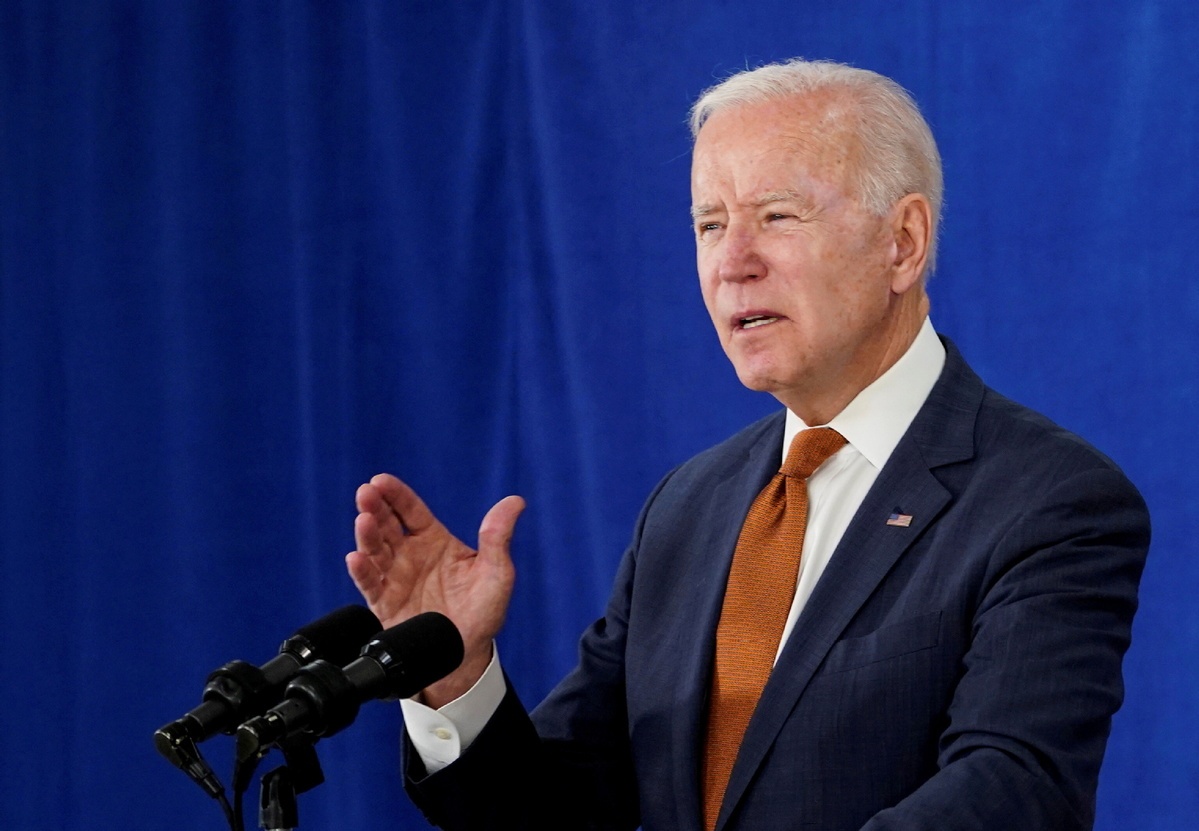 US President Joe Biden delivers remarks on the May jobs report after US employers boosted hiring amid the easing coronavirus disease (COVID-19) pandemic, at the Rehoboth Beach Convention Center in Rehoboth Beach, Delaware, US, June 4, 2021. (Photo: Agencies)

US President Joe Biden recently ordered intelligence officials to conduct an intensive 90-day probe to reinvestigate the possibility of the origin of the COVID-19 pandemic being a leak from a laboratory. The real purpose of the probe is to stigmatize China and pin the blame for the novel coronavirus outbreak on China's virology lab in Wuhan.

It is absurd that the US intelligence community, which concocted the "weapons of mass destruction" ploy to justify the invasion of Iraq, should be entrusted with this task.

It is a politically motivated move that will only further disrupt international cooperation in the global fight against the novel coronavirus.

We do not need an expert on infectious diseases to tell us that even though China was the first country to report the outbreak to the World Health Organization, that does not necessarily mean the virus originated in China. Not to mention that Washington's move came just after The Wall Street Journal published a report fanning the speculation that the coronavirus might have leaked from the Wuhan Institute of Virology ahead of US President Joe Biden's trip to Europe, where he hopes to rally support for US efforts to contain China. Even the WSJ report mentioned that there wasn't any evidence to support the lab-leak theory; and the possibility has been dismissed by the WHO.

In a research report presenting the findings of a team of experts that conducted a field study in Wuhan, the WHO concluded that a leak from the Chinese laboratory was "extremely unlikely" and the virus was probably transmitted to humans from animals.

By ordering the probe, Biden has openly denied the conclusion of the WHO experts and resurrected the baseless "Chinese virus" smear initiated by his predecessor.

Given the complexity and importance of the issue of novel coronavirus origin tracing, the world should not tolerate the ill-motivated assumptions, fallacies and distortions of the facts and smearing of China's cooperation with the WHO.

Especially since it has been reported that some people in the United States, Spain, France, Italy and Brazil, and many other countries showed signs of the virus and infections long before the outbreak was identified in China at the end of December.

According to a US Centers for Disease Control and Prevention report, COVID-19 antibodies were detected in blood donations collected in December 2019. This means that the virus may have already been spreading in the US by then.

Questions are also being raised regarding links between the US military biochemical research base at Fort Detrick and the COVID-19 pandemic.

The attempts to stigmatize China by politicians trying to shift the blame for the mess their countries find themselves in will only damage global solidarity in the fight against the virus and hinder scientific efforts to determine its origin, which could help to prevent a future pandemic.

Given the magnitude of this global health crisis, it is a shared responsibility of all countries to act in an objective, science-based and cooperative manner.