Still hope US will join hands to combat climate change 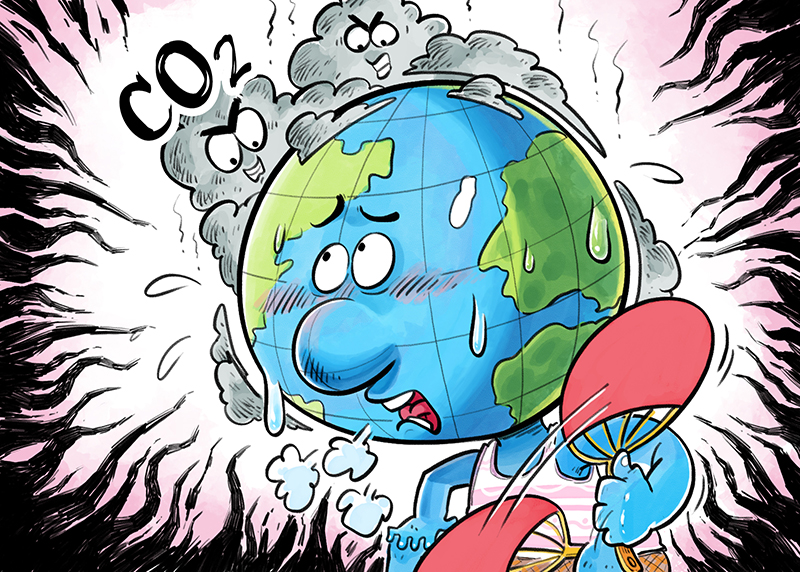 With a new round of UN Climate Change Conference being held in Bonn, Germany, from Monday to Nov 17, and with US President Donald Trump visiting China from Wednesday through Friday, many people feel nostalgic about those days when Beijing and Washington took the lead in pushing for and formally signed the 2015 Paris Agreement, showing a good example of big powers joining hands to meet global challenges.

So it is encouraging to hear the rising voices calling for China and the United States to ramp up cooperation on climate change despite Trump's decision in June to withdraw from the Paris climate accord and focus instead on bolstering the US' fossil fuel industry.

In Bonn, government delegates and experts are working on a "rule book" for the Paris Agreement, which seeks to end the fossil fuel era in the second half of the century by shifting the world economy to such cleaner energy as wind and solar power, according to a Reuters report.

A week before the crucial Bonn conference, China's chief climate change negotiator, Xie Zhenhua, expressed hope that Washington would stay in the Paris accord and contribute to the global agenda on fighting climate change. China has made it clear that it's willing to deepen collaboration with the US in areas such as clean energy, energy and resource conservation, and carbon capture and storage, said Xie, who is attending the Bonn meeting.

David Dollar, senior fellow at John L. Thornton China Center at the Brookings Institution, told me in an interview that the ballast in Sino-US relations is their cooperation on the global public goods, the most important of which are free trade and climate change. Without successful cooperation on issues that matter to the global public, bilateral ties will likely become more volatile and bounce back and forth on trivialities, Dollar said.

And last week, Cui Tiankai, Beijing's top envoy in Washington, said that many international community members have pinned hopes on the US and China playing their due parts in addressing global challenges.

It is interesting to note that on Nov 3, the day when Trump left for his 12-day trip to Asia, a major US government report affirmed that global warming is real and is "extremely likely" caused by human activities, a stark contrast with Trump's position on climate change. Also noteworthy is the passion of US businesses and many states in pursuing green development and expanding cooperation with China, which will lead to mitigating greenhouse gas emissions.

Jerry Brown, governor of California, which is the largest economy among US states, champions sub-national cooperation in climate change. He visited China in early June to sign agreements with the Ministry of Science and Technology and two provincial governments to work together on reducing emissions.

Last Tuesday, UN Environment Programme Executive Director Erik Solheim said: "In all likelihood, the United States of America will live up to its Paris commitment, not because of the White House, but because of the private sector… All the big American companies are dedicated to go in the green direction."

That coincides with the trend in China, where green development was highlighted at the 19th National Congress of the Communist Party of China, which drew up a blueprint for the country's economic growth in the next five years. The matched trends hopefully mean a broad prospect of climate change cooperation between China, the US and the rest of the world.