OPINIONS Strategic ambiguity or clarity? China's power will crush all US' Taiwan calculation

Strategic ambiguity or clarity? China's power will crush all US' Taiwan calculation 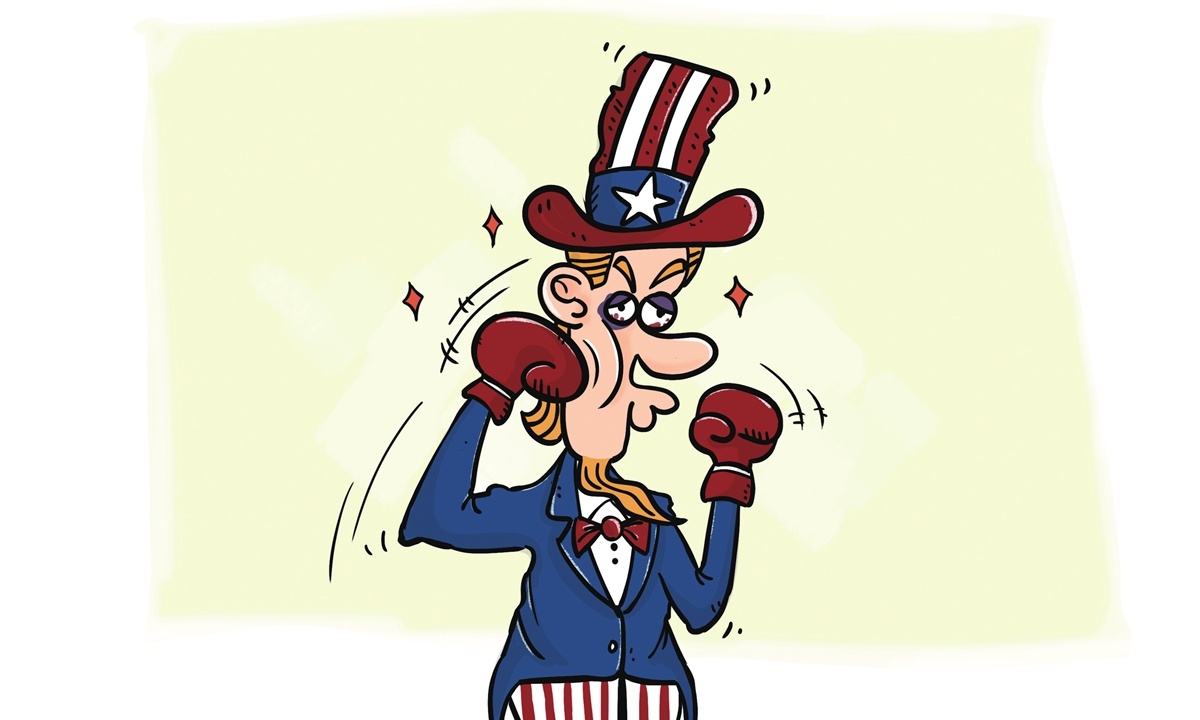 With a policy of strategic ambiguity toward Taiwan, Washington has not clearly pledged whether or not to help defend the island in case of an attack. Although this current strategy has been frequently discussed and questioned by strategic circles in the US, it has remained intact following the normalization of Washington's diplomatic relations with Beijing in 1979.

Since 2016, with the escalating of China-US strategic competition, anti-China forces in the US as well as some well-known scholars such as Richard Nathan Haass, president of the Council on Foreign Relations, have begun to discuss the policy of "strategic clarity." In other words, to cope with China's rise, particularly to contain China's accelerating reunification process, they think it is necessary to send a clear signal to Beijing that the US will stop China from cross-Straits reunification and will militarily help defend the island of Taiwan if Beijing adopts non-peaceful means to achieve reunification.

However, the current administration does not accept this proposal of "strategic clarity." Kurt Campbell, National Security Council's Coordinator for Indo-Pacific Affairs for the Biden administration, rejected calls for the US to make a clear statement of its willingness to defend Taiwan in the event of a mainland attack, saying there were "significant downsides" to such an approach, according to the Reuters in May.

This is because the policy of "strategic ambiguity" is most in line with US strategic interests. When not directly expressing its stance on whether to help defend Taiwan or not in event of an attack, Washington maintains a certain degree of flexibility. On one hand, it could deter the mainland from using force against Taiwan. On the other, it could also restrain "Taiwan independence" activities. If Washington really introduces a policy of strategic clarity, pro-independence forces in Taiwan might take risky "Taiwan independence" moves frantically, triggering cross-Straits military clash. In that case, the US would face the risk of a war with China, the world's second-largest economy and a strong nuclear state. Whether to get involved in the war across the Taiwan Straits or not, the US would find it impossible to reap benefits.

In reality, Washington's policies toward Taiwan are moving in a strategically clear direction. To demonstrate its all-round deterrence against China, the Biden administration, since taking office, has dispatched military aircraft to land in Taiwan. It has also sent warships across the Taiwan Straits for multiple times, dispatched senior officials to visit Taiwan, and signed the so-called Memorandum of Understanding to Establish a Coast Guard Working Group (CGWG). Besides, on August 4, the US State Department notified Congress of a proposal to sell arms to Taiwan, a potential $750 million deal including 40 new M109 self-propelled howitzers. The US provocative and deterrent actions against China were not successful. Instead, such actions prompted Beijing to further strengthen its military deployment around the Taiwan island. In June 2021, the People's Liberation Army of China reportedly dispatched a total of 28 aircraft in one day to enter the island of Taiwan's self-proclaimed southwestern air defense identification zone. Analysts said it sent a strong signal to the Taiwan secessionists and their Western supporters.

In short, Washington's "strategic ambiguity" seems to be the most capable of safeguarding US interests and it has been proven effective over the past few decades. Noticeably, be it under the policy of strategic ambiguity or strategic clarity, the US attempt to interfere in China's internal affairs concerning the Taiwan question is doomed to fail in front of China's firm determination, strong will, and ability to resolutely defend national sovereignty, security, and development interests. With the escalation of the Sino-US strategic competition, the US is bound to take a huge loss if it gambles for Taiwan.

Zhang Hua is an associate research fellow at the Institute of Taiwan Studies, Chinese Academy of Social Sciences. Yin Maoxiang is a PhD candidate of Renmin University of China.