Striking a balance in parent-teacher relationship 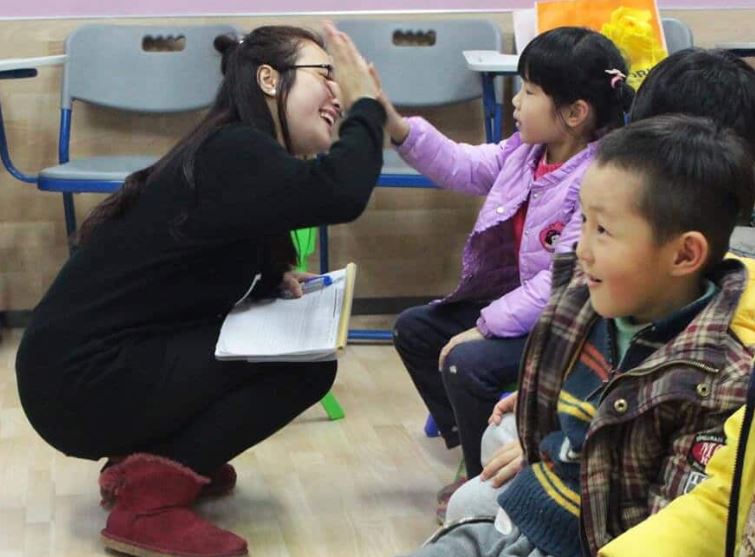 Despite eight months to go before my toddler becomes a kindergarten student, I have begun to worry about how to get along with his future teachers.

One of my friends, whose son started his kindergarten life in Beijing not long ago, suffered her first parent-teacher relationship crisis recently. Her experience particularly hit a nerve with me.

A few days ago, my friend questioned the kindergarten why it hadn't offered classes taught by foreign teachers for two weeks in a WeChat group of teachers and parents.

It's abnormal that the bilingual kindergarten on which she spends more than 10,000 yuan ($1,436) every month failed to provide any foreign teachers for such a long time and it's normal that she, as a parent, exercised her right to ask for a clarification.

Unexpectedly, she was bombarded with phone calls from her son's teachers, scolding her for publicly raising the issue in front of other parents (in a social media chat) and hurting the image of the kindergarten.

Worse still, her family blamed her for openly questioning the school. Will the teachers revenge her "provocation" upon her son? What should they do if the kid was carelessly treated, or deliberately neglected in the kindergarten? Eventually, my friend, although believing she did nothing wrong, apologized to the teachers.

Education theories emphasize the importance of developing a healthy relationship between parents and teachers. Children whose teachers and parents enjoyed solid, trusting, synergetic relationships are more likely to make progress.

But a concern in China is that the relationship between the two sides is becoming increasingly asymmetrical, with parents paying too much attention to curry favor with teachers, especially since messaging apps started being used.

The WeChat group is supposed to facilitate communication between parents and teachers, but a sad reality is that it could easily become a place where parents rack brains to heap praise on teachers or teachers show off their authority.

Another friend, a seven-year-old pupil's mother, told me that after her daughter's teacher said in a WeChat group she was considering establishing a book corner in the classroom, many parents emerged to give thumbs up with various flattering emojis.

The decision was hailed as "brilliant" and "wise," and some parents rushed to the school with tools, shelves and books to build up the reading area the next day. This is no exaggeration. The problem is: Can children healthily grow under such a twisted relationship?

Chinese parents are facing huge competition to provide the best education for their children. But can compromise or cheap flattery ensure favorable education? Parents are supposed to be primary teachers and role models of their children.

They should discipline themselves in connecting with the teachers, striving to establish an equal and mutually supportive relationship that can benefit healthy development of kids.

It's also imperative for schools to regulate the behavior of teachers. A few days ago, it was reported that a parent was kicked out of a WeChat group after complaining about the teacher's decision to ask parents to supervise students' rehearsal for the school's new year gala.

Parents nowadays receive too many instructions from teachers: from supervising children's homework, correcting their homework, to engaging in a variety of school activities. A survey conducted by China Youth Daily in 2017 showed that 80.3 percent of the polled thought school education relies too heavily on parents, and 75.6 percent believed this has caused a heavy burden on parents.

True, parents' involvement in school activities could help boost children's self-esteem knowing that parents are supporting them. But this doesn't mean teachers can pass on their responsibilities to parents.

When my kid starts his school life, I hope I could be a mother who can stick to principles, support and cooperate with the school on an equal footing. I will show the greatest respect to teachers, and I expect them to do so too.