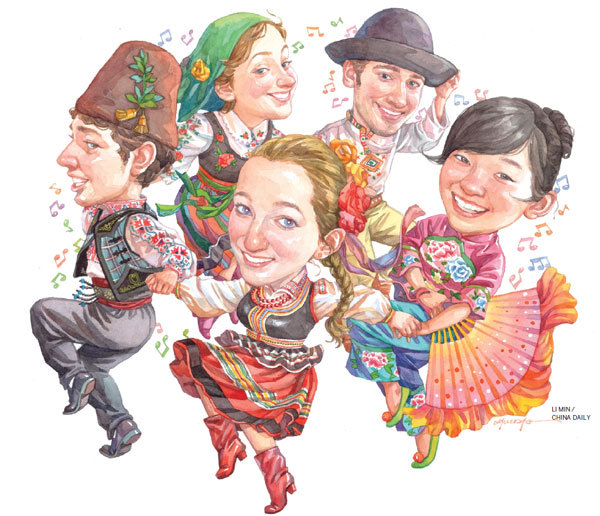 The China-CEEC Summit held via video link on Tuesday signals the full recovery of cooperation between China and the 17 Central and Eastern European countries, and charts the course for economic development of the two sides in the post-pandemic era.

The keynote speech President Xi Jinping delivered at the opening of the event shows the significance China attaches to its cooperation with these countries, which are an important link in the Belt and Road Initiative, as well as its resolve to continue to deliver tangible benefits to the peoples of these European countries through deepening pragmatic cooperation within the Cooperation Mechanism between China and Central and Eastern European Countries.

As Xi pointed out, openness and inclusiveness have been the key to the sustained vibrancy of cooperation between China and the CEE countries. With the multidimensional cooperation framework guided by the conviction that 17 plus 1 could in effect be "more than 18".

Since the mechanism for cooperation between 16 Central and Eastern European countries and China was launched in 2012, it has witnessed the thriving of China's economic and trade cooperation with all of the European participants. The full participation of Greece at the 2019 leaders' summit led to the 16+1 becoming 17+1, with 12 of the countries members of the European Union.

China's trade with the CEE countries has grown at an average rate of 8 percent annually over the past nine years, hitting $103.45 billion in 2020, by which point, China's direct investment in these countries was $3.14 billion, mainly in the fields of energy, mining, infrastructure and logistics. China has received a total of $1.72 billion of investment from these countries.

Mostly the first batch of countries recognizing New China after it was founded in 1949, the Central and Eastern European countries have deep traditional friendship and a solid public opinion foundation for cooperation, as shown by the annual number of tourist trips between the two sides, which had grown to about 2.6 million prior to the pandemic.

There are 212 pairs of friendly provinces and states, and sister cities between the two sides. And all of the 17 European countries have Confucius Institutes promoting cultural bonds between them and China.

Thanks to the economic complementarity between the two sides there are broad prospects for upgrading their cooperation in logistics, agriculture, digital economy and green development.

Since the outbreak of the novel coronavirus, China and the 17 countries have worked closely together in prevention and control, proving the vitality of their unfading traditional friendship.

Despite the efforts of some countries to drive a wedge between the Central and Eastern European countries and China, their cooperation has withstood the tests and the changes of times, and it continues to display vigorous momentum. This is because their cooperation is in line with peoples' aspirations and their collaboration promotes their common interests by contributing to multilateralism, free trade and the construction of an open world economy.