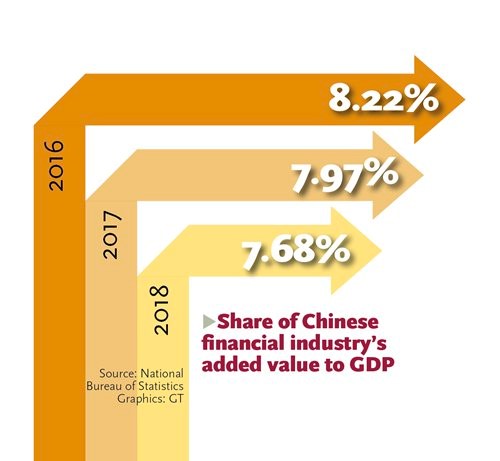 China’s financial supply-side reform and opening-up, which the government is committed to pushing forward amid a complex internal and external environment, is the key in elevating the industry’s global competitiveness, mitigating global uncertainty and sustaining the Chinese economy, regulatory authorities and industry insiders said at the Tsinghua PBCSF Global Finance Forum 2019.

The high-level forum, themed “financial supply-side reform and opening-up”, was held in Beijing from May 25 to May 26, aiming to collect suggestions from domestic and foreign scholars to contribute wisdom on the hot issues of China’s financial reform. Tsinghua University PBC School of Finance (PBCSF) was the organizer of the forum.

“China is facing a more complicated internal and external environment now, but uncertainties also come with opportunities… China needs to continue opening up and opening up further, which not only mirrors our responsibility [as a world major powerhouse] but also could serve as a driver in the sustainable development of Chinese economy,” Zhang Xiaohui, dean of the Tsinghua PBCSF, said at the forum’s opening ceremony.

Speaking at the opening of the forum, Qiu Yong, president of Tsinghua University, said China is on a historic mission to widen the opening-up of the financial sector in two ways: enhance the global competitiveness of China’s financial sector and improve its capabilities to participate in global financial governance.

But there is sustainable room for further policy maneuvering, industry insiders pointed out.

Currently, foreign investment only accounts for 2 percent of China’s A-share market and 2.9 percent of the country’s bond market while foreign-invested banks represent a mere 1.6 percent of all commercial banks in terms of assets, and foreign insurance companies make up 5.8 percent, said Guo Shuqing, chairman of the China Banking and Insurance Regulatory Commission, in a speech prepared for the forum.

Echoing Guo’s opinion, an industry report issued at the forum also showed that China is a country with a big financial base, but it is not yet a financial power.

As of the end of 2018, China’s financial industry had assets of 268.24 trillion yuan ($38.92 trillion), and the added value of the financial industry accounted for 7.68 percent of GDP, ranking relatively high on the global stage, according to the China Financial Policy Report 2019. But still, the scale of financial services trade is quite small in China, with a persistent trade deficit, and the financial markets at home and abroad have not been fully connected, the report showed.

Meanwhile, China’s financial system’s supervision system, market structure, innovation and service level are not in line with the high-quality development demand of its economy, Zhang said. “Only by accelerating the agenda of supply-side reform could those problems be solved."

“China’s financial opening is a general trend which won’t be paused or reversed,” said Guo.

He noted that foreign-invested institutions that have sound market reputation and credit records and that specialize in risk management and control, credit rating, consumer finance, old-age insurance and health insurance are especially welcomed in China to help innovate financial products and spur market vitality.

“Opening-up also needs to be coordinated with supply-side reform so that they contribute to each other, jointly form the driver of financial growth and raise social productivity,” Zhang noted.

In the next step, Chinese policymakers will actively research and study new opening-up measures, Chen said. “Opening-up should be systematic and institutional, with a negative list management model plus pre-establishment national treatment. It will be coordinated with strengthened supervision to prevent and defuse financial risks,” Chen noted.

Guo warned that “the contagion and complexity of risks will increase along with financial opening, and special caution is required against massive overseas capital flows in and out of the country and hot money speculation.”