A Swedish court on Wednesday once again upheld a ban on sales of Huawei's 5G network gear in the country citing "security concerns," according to Reuters. The move, widely believed to be a politicized decision, was made as there is no tangible evidence that demonstrates that Huawei's 5G gear has security issues nearly two years after the ban announcement. 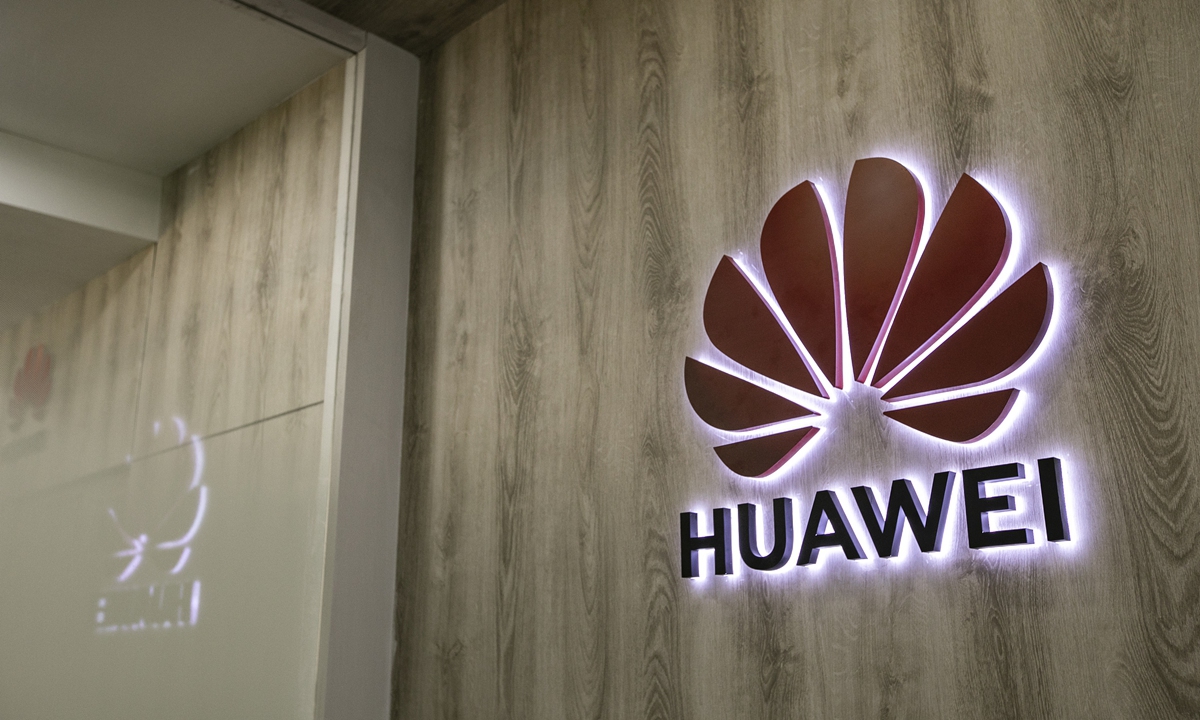 In 2020, the Swedish Post and Telecom Authority (PTS) unexpectedly followed the UK's lead to ban Huawei amid the US' campaign to exclude the Chinese company from 5G network construction among its allies, making Sweden the first country in the EU to ban Huawei.

Huawei first appealed the decision to a lower court which also sided with the PTS in June 2021. In a statement on Wednesday, Huawei's Sweden office said it feels disappointed at Sweden's latest decision and will resort to other legal measures under Swedish law and EU law to continue to defend its legal rights and interests, the Voice of America reported.

Huawei's statement shows the 5G giant's confidence in its technology, and its determination to defend its legitimate rights and interests. This fully shows that Huawei is not afraid of rules-based competition in Europe. As long as the relevant countries stop discriminatory policies, Huawei has the confidence to provide cost-effective products and services to participate in the construction of 5G infrastructure.

In fact, Huawei has proved to the world in various ways that the company does not have the security loopholes that the US denounces, including opening its lab to public visits. So far, neither the US nor any of the European country that accused Huawei of security problems has been able to provide evidence, which is enough to prove that their accusations against the company are groundless lies.

The long-term use of lies to crackdown on a leading company in 5G technology actually poses a great threat to the entire global industrial chain with great consequences. It also affects the interests of Swedish companies, as well as delays global deployment of 5G technology.

Sweden's decision disregarded the interests of its own companies and partners. The country moves further on following the US to ban Huawei. By doing so, Sweden has violated the norms of international relations and infringed various cooperation agreements with China. The move is harming Chinese companies while not benefiting Sweden's own economy.

It must be pointed out that despite the discriminatory policy adopted by the Swedish government to impose the ban on Huawei, Swedish companies still enjoy an open market and an improved business environment in the Chinese market, which shows China's determination and confidence to keep opening up.

Evidently, Sweden's unreasonable move is very unwise and unnecessary. It does not benefit its own national interests. It hurts the feelings of Chinese consumers and will have an impact on the development of Swedish companies in China. It seems that it has become very difficult for the US to completely replace Huawei's equipment and is now frustrated with its own 5G progress. It is hard to say whether the US will sacrifice Sweden's national interests and harm the interests of Swedish companies to serve its calculations in the future. After all, the US has a very bad precedent in this regard.

The article was compiled based on an interview with Ma Jihua, a veteran industry analyst. bizopinion@globaltimes.com.cn