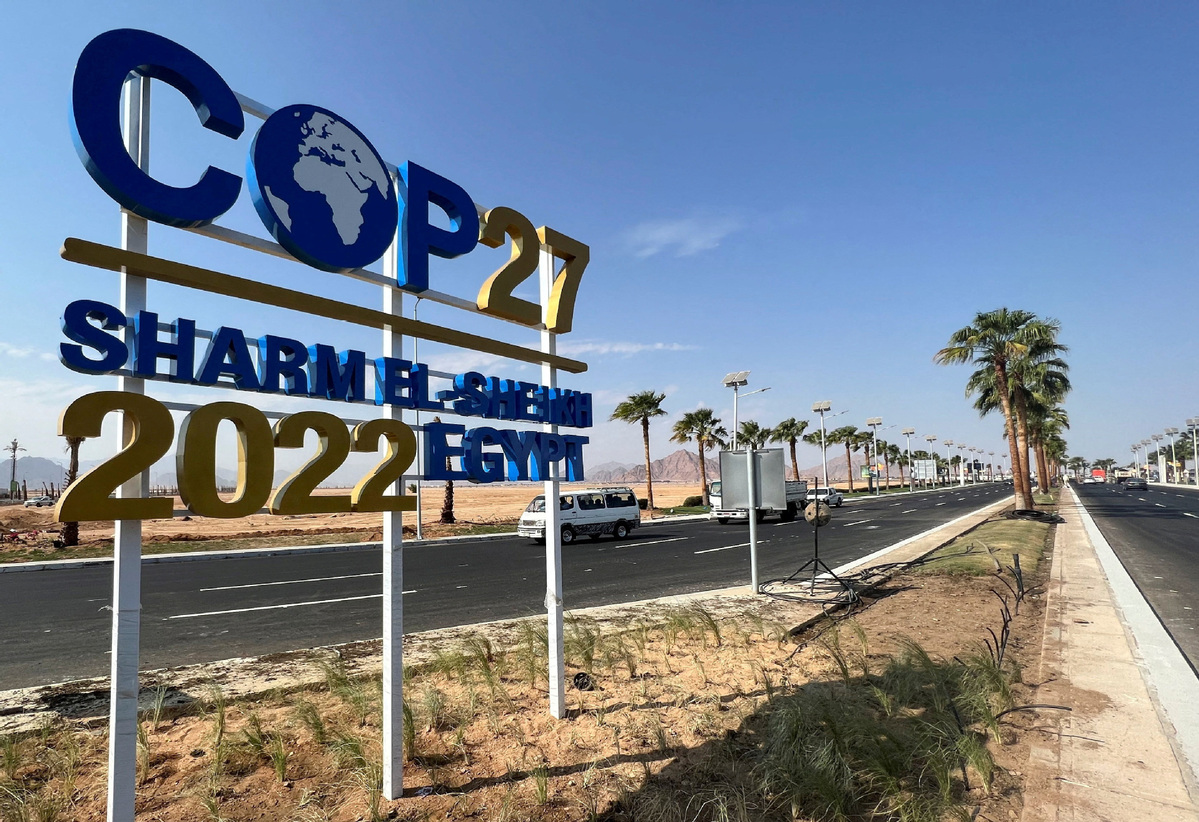 Instead of uniting the world in solidarity for a livable planet, the two-week COP 27 United Nations climate conference in Sharm el-Sheikh, Egypt, has shown that the mechanism of international cooperation on climate change is at risk of backsliding.

At COP 26 held in Glasgow, Scotland, late last year, there was still overall optimism on integrating economic and environmental goals, despite the differences among countries. However, at COP 27, the mood has clearly changed, with what should have been a coordinated response to the common challenge being downgraded.

Over the past year, the clock has been wound back by many countries, particularly the United States, as they have embraced fossil fuels more tightly, causing last year's climate agreement to fall apart.

No new pledges have been made at the latest conference. Worse, even the goal of limiting the temperature rise to 1.5 C from the pre-industrial age level by 2100, a key objective of the Paris Agreement, has been opposed by some countries.

If the responses to climate change are always subject to economic, energy and geopolitical crises, any meaningful action to limit global warming will be purely theoretical.

It is shameful that the US, the largest emitter among the developed economies and the second-largest in the world, has chosen to politicize the climate issue at the conference by passing the buck for the lack of progress to Russia, Europe and China.

The Democratic Party's better-than-expected performance in the midterm elections prompted US President Joe Biden to turn the COP 27 into an opportunity to boast about his achievements in tackling climate change. However, his administration's actions do not match his boasts. The increase in fossil energy capacity in the US has been even greater under his administration than under his predecessor.

But as the Russia-Ukraine conflict has worsened the global energy situation and the after-effects of COVID-19 continue to hit global supply chains, even Europe, which has traditionally supported a carbon-neutral agenda, is hesitating to back the proposal that rich countries should subsidize the poor ones that was agreed upon in principle in Glasgow last year.

The US is the biggest historical carbon polluter, so the Biden administration should take the lead to honor that commitment. Doing so would at least take COP 27 a step forward toward the developed countries establishing a "loss and damage" financing fund to help the developing countries address the climate challenge.