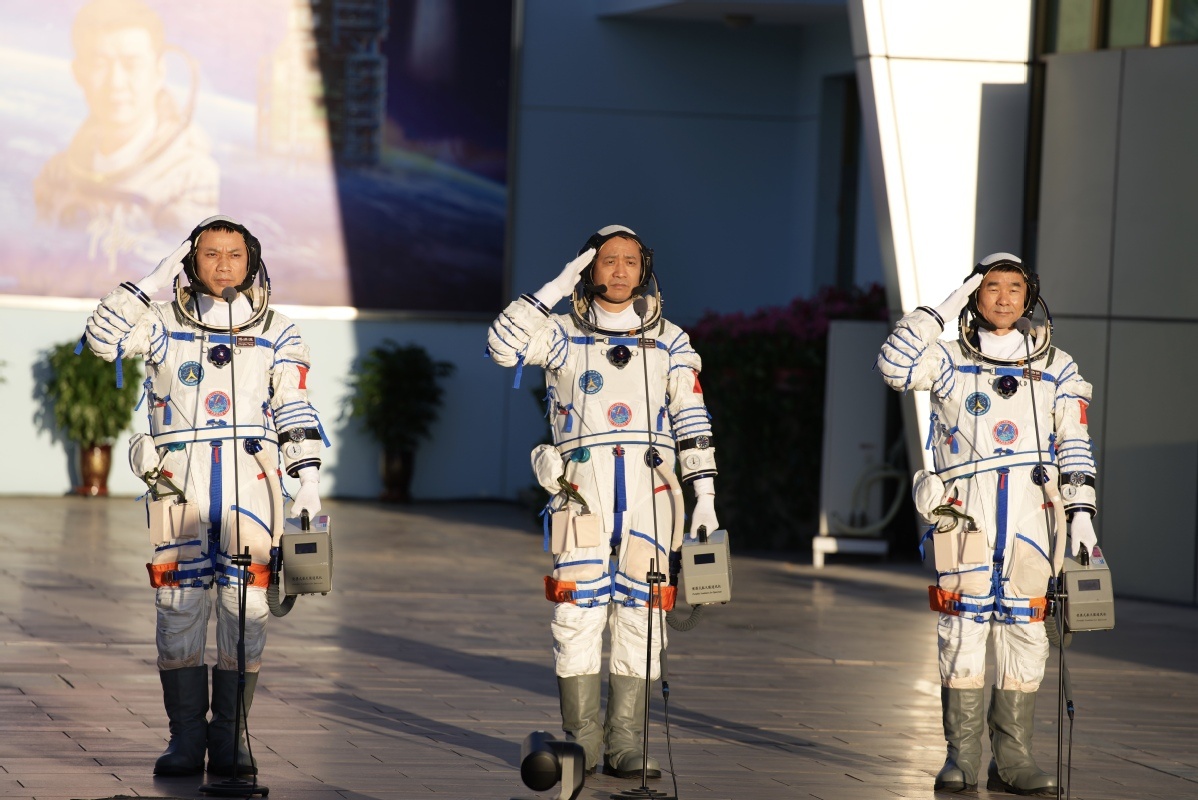 In their tweets to congratulate China on the launch of three 'taikonauts' on their Shenzhou XII mission to the Tianhe core space station module, both the European Space Agency and Roscosmos used the word "taikonauts".

Comprising the Greek word "naut", which means sailor, and "taiko", which comes from taikong, the Chinese word for space, the word specifically refers to Chinese astronauts.

Yet "taikonaut" is more than just a word. Its history mirrors that of China's space journey. The word was coined in 1998 by Chiew Lee Yih, a Chinese Malaysian, who used it first in newsgroups. However, back then few people picked up on it, as China was still relatively weak at that time and had not yet conducted any manned space missions.

It was not until 2013, when China sent Yang Liwei, the first taikonaut into space on board Shenzhou V, that the word became widely known. In his speech at Peking University on Friday, Yang told stories about that and shared how much is required of the taikonauts to prepare them for their missions.

China has 34 trained taikonauts, each of whom has passed tests that are unimaginable to common people. According to reports, they are all selected from top pilots, engineers and scientists, and must pass rotational chair tests, psychological tests, survival tests and other tests in order to become a qualified taikonaut.

It is the efforts of everyone involved that has transformed "taikonaut" from just a word into an actuality, and all of them should share the honor of the taikonauts' missions. The connotations of the word will further expand and we hope more taikonauts will emerge as a result.