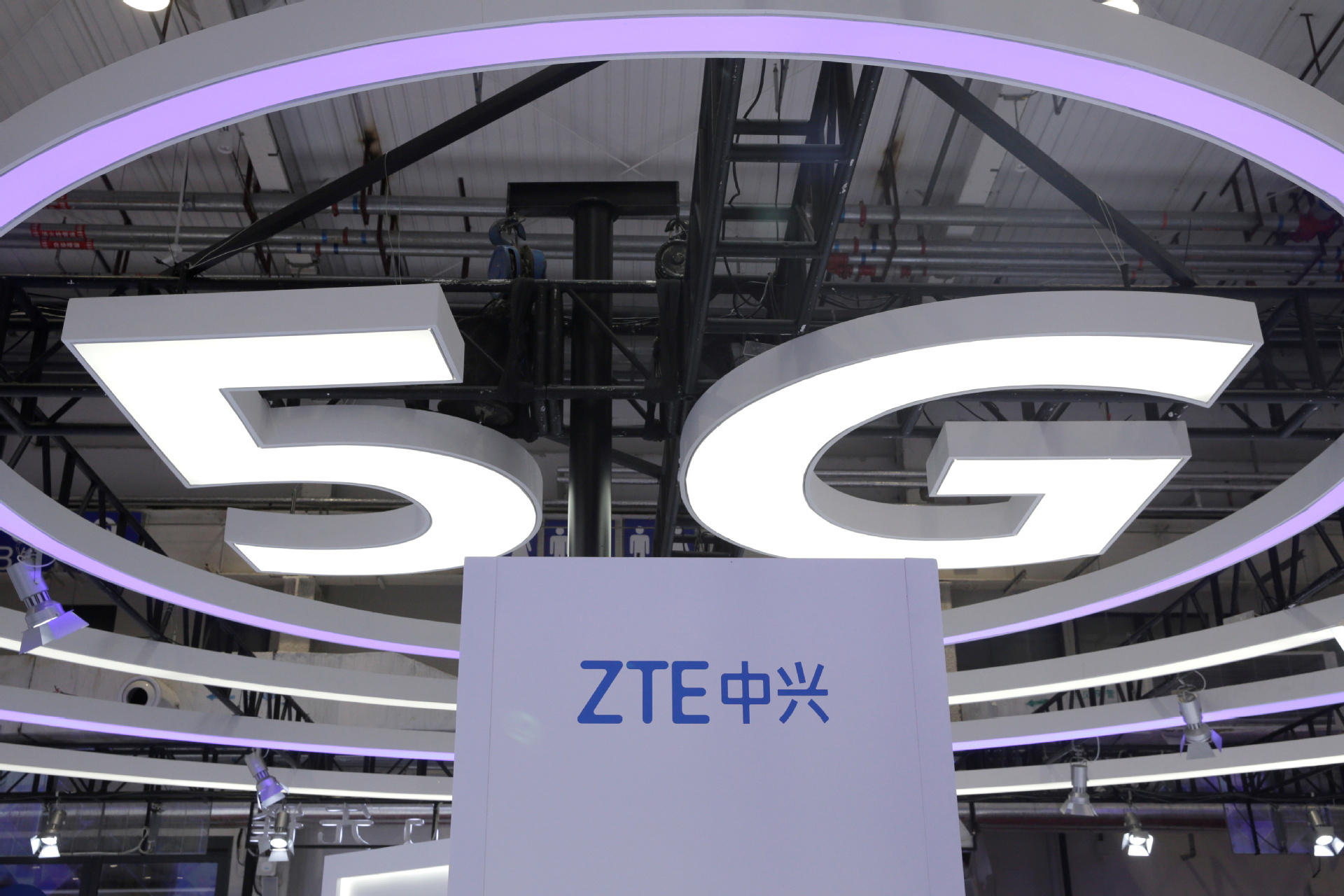 FILE PHOTO: The logo for ZTE and a sign for 5G are seen at the World 5G Exhibition in Beijing on November 22, 2019. (Photo: Agencies)

The American Institute in Taiwan and the Taipei Economic and Cultural Representative Office in the United States on Wednesday issued a "Joint Declaration on 5G Security", which on the surface appears harmless.

Indeed, it is superficially about purely civilian cooperation in the field of telecommunications, with the aim of "keeping technology systems clean and free of un-trusted vendors".

To all intents and purposes, the wording shows clear efforts to steer clear of political red lines. But anyone who bothers to read between the lines, however, will find it is utterly different from what it appears to be. It represents a joint commitment to excluding 5G telecommunications solutions suppliers from the Chinese mainland.

Which marks Taipei formally getting aboard Washington's "clean network" bandwagon targeting Chinese 5G technology leaders, including but not limited to Huawei and ZTE.

The document mentions no names. The four elements it highlighted for security evaluation, however, are obviously aimed at excluding all suppliers from the mainland based on Washington's allegations against Beijing, even though none of these allegations has been corroborated with evidence.

Washington claims Huawei is subject to Chinese government control, its finances opaque, partnerships suspicious and that it has stolen US intellectual property. While some Taiwan sources acknowledged the move was targeted specifically at Huawei and ZTE, it will in fact slam Taiwan's door shut to all potential 5G service suppliers from across the Taiwan Straits. For as US Secretary of State Mike Pompeo has clarified, the so-called clean network the US administration is calling for is simply one that excludes mainland companies.

More important, though, this represents a further step down the ruling Democratic Progressive Party's path of "de-coupling" the island from the mainland. The authorities in Taiwan have just banned popular OTT-TV, over-the-top television or viewable content delivered over the internet, services from mainland suppliers, and imposed restrictions on the use of mainland social media apps. They are now reportedly trying to banish a major mainland e-commerce platform, although the actual operator of the mainland-sourced local platform has to a great extent divested from its original mainland owner.

In so doing the Tsai Ing-wen authorities in Taiwan are aggressively dismantling everything that brought the two sides of the Straits closer under the previous Kuomintang leadership.

The latest endorsement from Washington will certainly make them even bolder and more provocative.

To demonize mainland investment, by accusing it of "squeezing out" the island's industries and "brainwashing" local residents, is not only unfair and unwarranted, but also hurts the interests of residents on the island.

It is a political witch hunt that fits the DPP's pro-independence agenda and Washington's game plan.