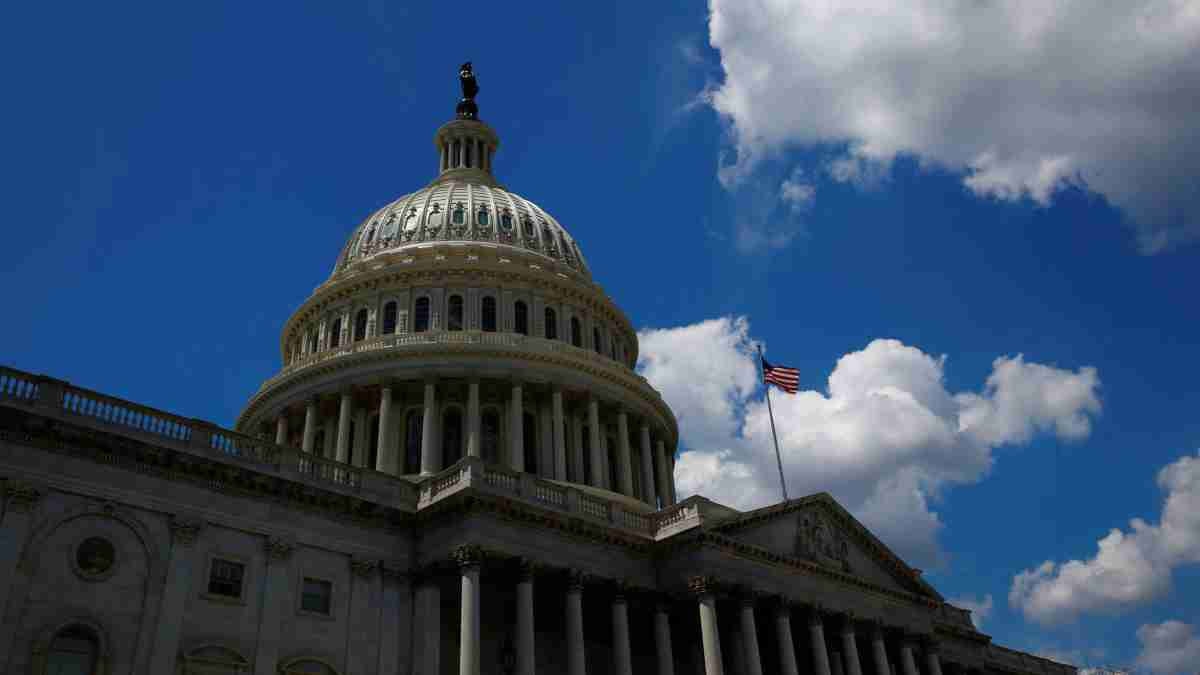 The US House of Representatives. (File photo: CGTN)

BEIJING, May 8 (Xinhua) -- The United States' recent move on the Taiwan question has once again exposed the US ulterior intention to contain China by playing the "Taiwan card", but it is doomed to fail.

The US House of Representatives has passed the "Taiwan Assurance Act of 2019" and "Reaffirming the United States commitment to Taiwan and to the implementation of the 'Taiwan Relations Act'".

The move rudely interferes with China's internal affairs. It constitutes a serious violation of the one-China principle and the provisions of the three China-US joint communiques. It also breaches the basic norms of the international law.

The Taiwan question concerns China's core interests and the national bond of the Chinese people. There is no room for concession, compromise or bargain. Facing external interference on this question, the Chinese government and people will never sit by and let it loose.

There is only one China in the world, and Taiwan is an inseparable part of China. This is the consensus of the international community. Adhering to the one-China principle and not having official ties with Taiwan has become a generally observed norm in international relations.

Taiwan question is the most important and sensitive issue in China-US relations. Since the current US administration took office, however, it has constantly used Taiwan as a bargaining chip to contain China, especially in arms sales to Taiwan, military exchanges between the US and Taiwan, and supporting Taiwan's participation in international organizations.

Regardless of the interests and well-being of the people across the Taiwan Strait, the US side tries to manipulate the situation in the Strait to pursue its own interests. It has incessantly stirred up sensitive nerves in the Taiwan Strait and continuously sent wrong signals to the "Taiwan independence" forces. This is hard evidence of its mentality of egoism and hegemonism.

No one will waver the Chinese government and people's will and determination to safeguard China's sovereignty and territorial integrity.

If the US side insists on following the wrong path, China will definitely make a strong response. The US side should be fully aware of the consequences.