Taiwan should restrain from seeking attention 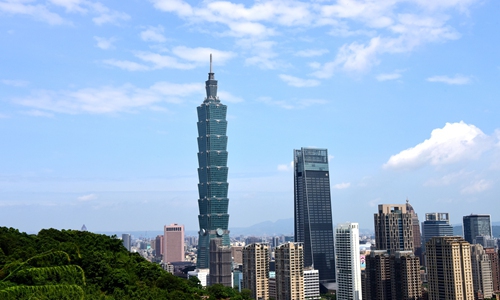 The Taiwan authorities have launched attacks on World Health Organization Director-General Tedros Adhanom Ghebreyesus together with Washington. In addition, addressing an online forum held by a Washington-based conservative think tank, Joseph Wu, "foreign minister" of the Taiwan island, boasted that Taiwan's effective prevention work shows that its "democratic model" can successfully stem the spread of the epidemic in a different way from the mainland's "authoritarian system." Wu's remarks were laughed at by netizens: Taiwan has more confirmed coronavirus cases than any of the provinces on the mainland. How dare Wu call it a success?

As the pandemic rages on, almost all "democratic countries" have been hit hard and unable to effectively handle the situation. We shouldn't have taken the pandemic as an opportunity to brag about the superiority of the "democratic model."

Blowing hot air is a taboo to epidemic prevention and control. The mainland has made remarkable achievements, but it hasn't trumpeted a "Chinese anti-epidemic model" so far. Instead, China repeatedly emphasized that grave challenges remain, and it's of great importance to prevent local and imported cases. The island of Taiwan has been a little less impacted by the pandemic than countries like Japan and South Korea, which has made it complacent. Like a frog in a well, Wu even claimed Taiwan would share its anti-epidemic model with the rest of the world.

Because of its narrow-mindedness, the Democratic Progressive Party cannot recognize the key trends of the changing world. Therefore, it has closely followed Washington, doing whatever Washington asks it to do in exchange for security with loyalty and mitigate risks brought about by its secessionist tendency.

Washington recently shifted the blame to the WHO as it continued to pass the buck. The world knows the US is playing dirty tricks. No other government followed Washington and the UN has firmly stood with WHO and Ghebreyesus. Taiwan is the only one behind Washington to attack Ghebreyesus. The Tsai Ing-wen authorities don't have any dignity as the island is not a country

We advise the Taiwan authorities not to be so reckless. They shouldn't naively believe the more closely they follow the US, the higher political scores they will gain and the safer they are even if the island takes a radical path. With the deepening of China-US differences and with Washington going too far in suppressing the mainland, misjudgments and rash moves made by Taiwan will likely turn the Taiwan Straits into a flashpoint that will severely impact the world order in the post-pandemic era. The island will face real danger at that time.

Many people worry that the COVID-19 pandemic is likely to bring the world into the most serious disorder and chaos since World War II. The US wrongly responded to the pandemic from a geopolitical perspective, which will pose the biggest threat to the world. This is a severe test for major power relations. The Taiwan authorities shouldn't turn the island into a powder keg in the China-US confrontation for their personal political interests. If the Taiwan question leads to a China-US showdown, no matter what the results, Taiwan will pay an unbearable price. Even if there wasn't a war, an all-around confrontation between the world's two biggest powers will have a catastrophic effect on Taiwan society.

The world has entered an eventful period, during which Taiwan is ineligible to play an active role. Taiwan authorities should have the basic rationality to act cautiously. Otherwise, they have to pay the price for their self-righteousness and recklessness.