OPINIONS Taiwan should use the epidemic to improve cross-Straits ties, not make things worse

Taiwan should use the epidemic to improve cross-Straits ties, not make things worse 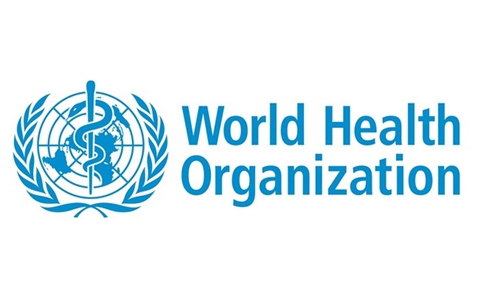 The outbreak of the novel coronavirus constitutes the first important event for cross-Straits relations following Tsai Ing-wen's victory in the Taiwan island's regional election. Unfortunately, judging from Tsai and her team's response, it appears they have chosen to exploit the ongoing epidemic for political gains.

The Tsai authorities and the Democratic Progressive Party (DPP) have not handled the crisis to safeguard common well-being on both sides of the Straits. Of course, this comes as no surprise.

During the early stages of the outbreak, the Tsai authorities banned facemask exports to the Chinese mainland and then prohibited people from Hubei Province, the epidemic's center, from entering the island province.

Taiwan also suspended most flights across the Straits for more than two months and implemented entry restrictions on non-Taiwan residents who had visited the Chinese mainland within 14 days.

Amid a major health crisis, the first thing Taiwan leaders did was restricting cross-Straits exchanges. Taiwan has yet to provide any support to the mainland in its fight against the virus.

Although Tsai acknowledged on Facebook the mainland's assistance, both her and the DPP have yet to reciprocate. When a Taiwan passenger had a fever after returning home, Taiwan officials launched groundless attacks against the mainland, claiming such arrangements were "unsatisfactory." In Taiwan, it seems politics is placed above humanity.

As the mainland goes all out in its fight against the epidemic, the Tsai authorities are pushing for the island's participation in the World Health Organization (WHO), claiming Taiwan's absence from the organization "creates a serious gap in the global health network" and has "caused countless errors in the handling" of the coronavirus outbreak.

At WHO's executive board meetings earlier this month, Taiwan officials used their "diplomatic allies," including Swaziland and Paraguay, to promote Taiwan-related issues, claiming the island has limited access to WHO International Health Regulations.

While visiting the US on February 3, Tsai's running mate Lai Ching-te exaggerated the threat Taiwan faces amid the outbreak and sought US support for their entry into WHO.

In fact, the island can obtain global public health emergency information released by WHO, which can also be notified of emergencies in Taiwan in a prompt manner. Obstacles do not exist in areas pertaining to technical cooperation between the island of Taiwan and the WHO.

During the outbreak, the mainland continuously provided Taiwan with information on the epidemic, shared relevant information, and arranged Taiwan experts to conduct field inspections in Wuhan.

The WHO is a specialized UN agency composed of sovereign states. The Tsai authorities' call for participation must be resolved through cross-Straits negotiations under the one-China principle.

Under the one-China principle, Taiwan's participation in intergovernmental organizations concerns China's sovereignty. When Ma Ying-jeou was in power, the island participated in the World Health Assembly as an observer for eight consecutive years. Why is this situation hard to sustain?

Although some countries, including the US, Japan, and Canada, verbally supported Taiwan's participation in the WHO as an observer, and Washington even passed some Taiwan-related bills, the effect of such efforts are limited. Taiwan's engagement in international affairs cannot circumvent the mainland.

The Tsai authorities have attempted to use the ongoing epidemic to expand "diplomatic space." Secessionist forces within the island view the epidemic as a "golden opportunity" for Taiwan to join the WHO. They have misjudged the situation and are doomed to fail.

The best thing for the Tsai authorities would be to focus on the epidemic. Playing political tricks is harmful to cross-Straits relations and runs counter to the interests of the Taiwan people.