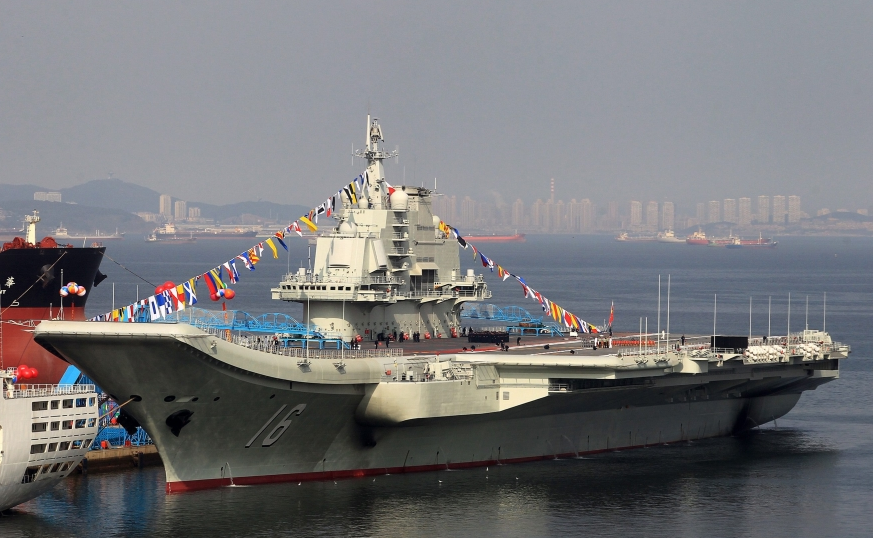 The US House of Representatives unanimously passed the Taiwan Travel Act (HR 535) on Tuesday, calling on the White House to "encourage visits between US and Taiwan officials at all levels of government." If the act is passed in the Senate and signed by US President Donald Trump into law, it means Taiwan's "president," "vice president," president of the "Executive Yuan," "foreign minister" and "defense minister" will be able to visit Washington. That will mean a fundamental change in the US' Taiwan policy. After the establishment of Sino-US diplomatic ties in 1979, the White House adopted the Taiwan Relations Act as a legal basis for their relationship, but forbade high-level exchanges. The Taiwan Travel Act has a long way to go before developing into a law. But the House move, unimaginable in the past, signaled a change in attitude within the US toward China. Many forces in the US are attempting to flare up the Taiwan question once again and use it as leverage against China. Peter Chen, president of the Formosan Association for Public Affairs, a US-based "pro-Taiwan independence" organization, said it was "good to see that the vilified three communiqués are more and more relegated to the ash heap of history - where they belong."However, the era when the US dominated Taiwan-related affairs has ended. If the country finally passes the Taiwan Travel Act, then the act will be the full stop to that era. The "pro-independence" forces in Taiwan may not be as jubilant as their US counterparts because they are clear what risks and challenges they will likely face once the act comes into effect. Back in 1979, the Taiwan Straits were under the sphere of influence of the US Seventh Fleet. The US could intervene in the island's affairs at will. But now 40 years has passed, with the vicissitudes of time. The Chinese mainland has grown to be a major power. We Chinese have gained versatile approaches to the Taiwan question as well as comprehensive advantages of adhering to our bottom line. If the US intends to maintain its remaining influence upon Taiwan, it must coordinate its fundamental stance with that of the Chinese mainland, or it will bog itself down in a very awkward position. There is no need for the US to pass such an act if it wants to effectively control the Taiwan Straits. If Washington ultimately resorts to rolling out the red carpet for the "Taiwan president" in the White House to show its will against China, it is taking a huge risk.The mainland will surely act to make sure Taiwan and the US pay the price for their "high-level exchanges." The political basis of Sino-US relations will be shaken. Beijing's diplomatic retaliations toward Washington will come from all sides. This will multiply exponentially the costs for the US of handling global affairs and make the country profoundly realize that the Taiwan question is the Chinese mainland's bottom line that it cannot afford to touch.If the act were implemented in Taiwan, it would surely make the mainland more determined to settle the Taiwan question and the cross-Straits situation would enter a new phase. What does it mean "to settle the Taiwan question?" One possibility is that the Chinese mainland would comprehensively suppress the pro-independence tendency in Taiwan. Cross-Straits relations would see fundamental changes. The Taiwan public would thoroughly recognize the perils of pro-independence forces and thus expel them from the mainstream political arena. Consensus on the one-China policy would thus be formed in Taiwan that transcends partisan and factional conflicts. Whoever was in office, the Taiwan administration would give up its illusion of taking advantage of exterior forces to keep the mainland in check. Cross-Straits relations would enter a new stage of smooth development and begin the process of peaceful unification.Alternatively, the Chinese mainland's endeavors to settle the Taiwan question would be presumptuously resisted by the Taiwan administration. Taiwan and US political and military forces would join hands. This would prompt the Chinese mainland to take the military approach to reunify Taiwan. The mainland might pay a temporary price for that, but the price would be far less than the accumulated costs of Taiwan and the US challenging the one-China policy.There are signs that Washington has become increasingly rampant on the Taiwan question. The mainland will respond even more strongly.