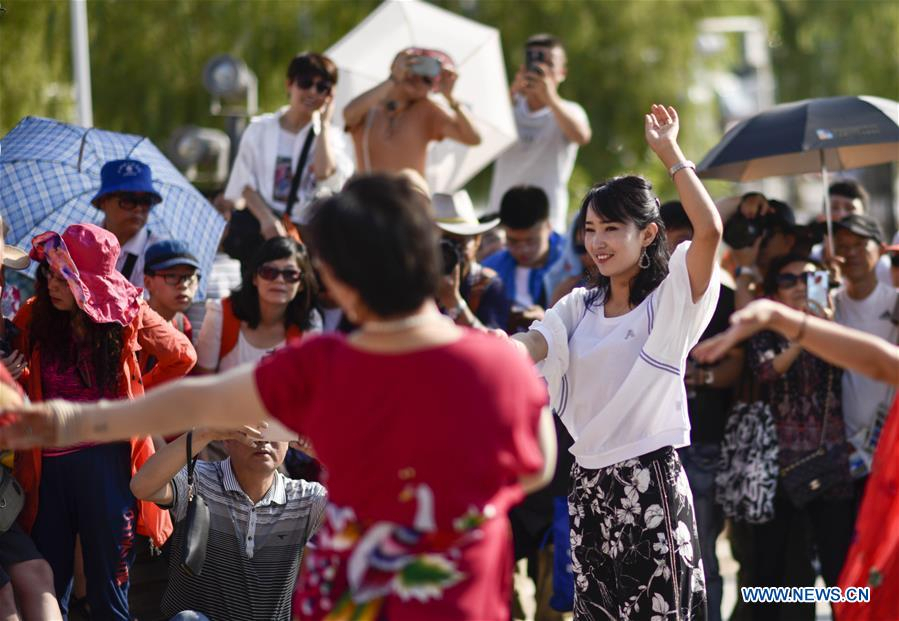 The concept of human rights has a great variety of connotations about what it actually means in practice. The notion is generally accepted by all nations. But in different societies, with different forms of government and social interaction, human rights may take different forms, often as a result of cultural, social or political differences.

The United States has often attempted to present itself as the "arbiter" of human rights. Recently, the U.S. Congress has been ventilating about the Chinese government's alleged human rights repression of the Uygurs in its northwestern Xinjiang Uygur Autonomous Region.

However, even in the United States, the development of those "rights" has been the result of a long struggle. And it still falls far short of the prescribed "ideal."

Until the nation fought a Civil War in 1861, a large part of the U.S. population was enslaved. After that, it took another century before many descendants of those slaves were ensured the right to vote. Women could not vote until 1920. As we continue to see in the immigration crisis today, there are many restrictions placed on gaining citizenship for those who wish to come and live in the United States and the America-born children of "illegal" immigrants.

The most succinct expression of the rights of individuals in the United States can be found in the Declaration of Independence. They are stated as "Life, Liberty, and the pursuit of Happiness." The first two, life and liberty, are pretty straightforward, meaning the security of person, not being subject to unlawful seizure or violation of person by authorities or by criminals, having the means of supporting oneself and one's family, the freedom to find a means of livelihood, being free to move about without fear, and to a large extent, to determine how you wish to conduct your life, freedom of speech and freedom to practice your religion.

The third idea, the "pursuit of Happiness," is more difficult to define. And while many philosophers have written about happiness, this particular phrase from the 18th century is generally associated with the German philosopher Gottfried Leibniz and America's Founding Father Benjamin Franklin, both of whom were inspired by the ideas of Confucius. To pursue happiness means to be able to follow the life goals that the individual has chosen for himself or herself to accomplish something of value for oneself and one's family as well as for society at large. For, as these eminent philosophers understood, the real source of happiness for an individual was when something he or she has accomplished is able to benefit people.

China, with its own particular political system, has its particular criteria to meet. Through its economic reforms, it has raised nearly 760 million rural people out of poverty since 1978, an unprecedented accomplishment in human history. Because of this, many people are able to secure a livelihood for themselves and their families. Those living in Xinjiang are part of this transformation.

However, the peculiar nature of international terrorism requires an unconventional approach toward solving it. In the United States, "equality before the law" was ignored when terrorist suspects were placed in detention in the U.S. base in Guantanamo. While Guantanamo is controlled by the U.S. military and is not technically part of the continental United States, no one had any illusion about this attempt to get around the U.S. Constitution and the rights generally accord to people accused of crimes.

Measures taken by the Chinese government in Xinjiang after the coordinated terrorist attack in Urumqi in 2009 is different. People who were suspected of terrorist ties or sympathies were sent to education and vocational training centers that are designed for education, not incarceration.

At these centers, people were educated with language skills, vocational skills, and an understanding of the country's laws. After such training, they returned to society with a greater ability to pursue their own "road to happiness." And, at this point, the Chinese government has announced that they have all "graduated" from the centers. And as recent CGTN's reporting on the ground has indicated, they have been able to pursue more opportunities to fulfill their own dreams.

And in speaking of human rights, one could also refer to Franklin Roosevelt's "four freedoms" - freedom of speech, freedom of worship, freedom from fear and freedom from want. We can see that China does pretty well in all of them. And with its achievements in poverty alleviation, China has far exceeded any country in realizing the last of these freedoms – the freedom from want – for its people.