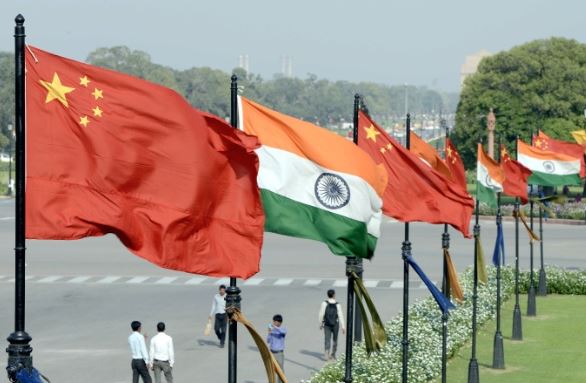 The author Swaran Singh is a professor at the School of International Studies, Jawaharlal Nehru University, New Delhi.

Starting his second term in office, Indian Prime Minister Narendra Modi has proposed a second China-India informal summit in Varanasi later this year. Varanasi is not only a culturally important city for Indians and one of the oldest cities in the world but also the constituency that elected Modi to parliament.

After being sworn in for the second time as India's prime minister on Thursday, Modi is likely to have his first "structured" talks with President Xi Jinping on the sidelines of the Shanghai Cooperation Organization summit in Bishkek, capital of Kyrgyzstan, in June.

China has been viewed in India as far more positively inclined to engage with Modi during his second term in office. Even before the full results of the recent elections were declared, the Chinese media welcomed Modi's return to office. In the midst of India's exhausting six-week-long elections, Beijing's diplomatic and strategic moves helped Modi assert his anti-terrorism policy and reinforced memories of the informal summit in Wuhan, Hubei province, in April last year, which showcased the personal chemistry of the two Asian leaders.

Keeping with their "Wuhan spirit" and their June 2017"Astana consensus" on "not allowing differences to become disputes", their "strategic guidance" to their armed forces have ensured peace on their borders. This has prompted bilateral trade to finally cross its decade-long volume of $70-75 billion. For this year, China-India trade is set to cross $100 billion.

Likewise, China's investments in India have witnessed a sharp upsurge from $688 million in 2016 to $5.6 billion last year. The United States' decision to raise tariffs on Chinese, as well as Indian, products is expected to further strengthen Sino-Indian trade and investment partnership. Critics may describe this as China's tactical move triggered by its intensifying trade dispute with the US. Yet there is no denying that the past two years have seen a marked shift in China-India relations.

In hindsight, their 73-day-long border standoff in the summer of 2017 is now seen as a watershed which made both sides ever more pragmatic in building their partnership. This explains why, during his first term as India's prime minister, Modi visited China five times while Xi Jinping visited India twice. The two leaders also met at many multilateral meetings, several of which saw them showcasing joint statesmanship.

Since his Shangri-La Dialogue speech in June last year, Modi has propagated engaging China in Indo-Pacific discourses as well as ensured that the "Quad" (the grouping of the US, Japan, Australia and India) does not become a militarized or "exclusive" club of a few. Breaking out of the myopic preoccupation of seeking parity with China in the limited bandwidth of their expanding economic prowess－where China is five times taller than India in terms of economic might－the past two years have seen Modi front-loading India's unique religious, cultural and civilizational links with neighboring countries.

This pragmatic approach has not just made the Sino-Indian summits most frequent but hopefully also more productive. Modi has not had as many one-on-one meetings with any other global leader. And since this trend is likely to continue, it could see them jointly responding to the White House's blitzkrieg against friends and foes alike.

The fact that Russia still faces serious economic challenges and the US has slipped into confrontations with some countries will provide further traction for Modi and Xi to play larger roles in setting the tone and tenor of multilateral debates and initiatives. Their synergy in tackling regional and global issues will continue to have positive effects on bilateral equations, which remain an essential prerequisite for the two countries' peaceful rise.

China and India are already working together to tackle the impending oil crisis and the rising threat of the Islamic State group. China and India are the world's largest and second-largest importers of oil and also the second-and fourth-largest buyers of liquefied natural gas. As such, energy imports are critical to their development. The US' attempts at regime change in Iran and Venezuela－the world's third-and fourth-largest oil suppliers－by imposing stifling sanctions accompanied by a military buildup in the Gulf have raised the specter of the potential closure of the Strait of Hormuz.

China and India have revived their 2005 proposal and formed a "joint working group on energy" to identify avenues for cooperation including how to rein in rising oil prices. They already have a "joint working group on countering terrorism". As for Modi, apart from his first priority of stressing the advantages of working together to tackle impending oil crisis, he may also seek Xi's endorsement for his anti-terrorism policy, which was Modi's winning narrative during Indian's recently held 17th general elections.