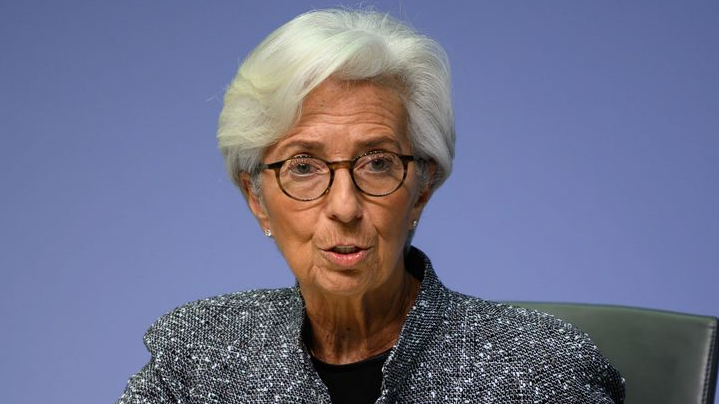 The German Federal Constitutional Court's (GCC) ruling against the European Central Bank's pre-pandemic asset-purchase program has stunned policymakers and other observers outside of Germany.

Many will be tempted either to ignore the ruling altogether, or to escalate the legal battle with the GCC. But both approaches would be counterproductive. The situation calls for an earnest debate about the ECB's mandate and existing European treaties.

Specifically, the GCC has accused the ECB of breaching the Treaty on the Functioning of the European Union by not conducting a proper "proportionality assessment" for its Public Sector Purchase Program. The court regards the PSPP as more than a monetary-policy tool.

It is a broader economic policy that has imposed undue costs on small savers, taxpayers, and individual sectors. As such, the GCC believes that the ECB has approached or already crossed the line of extending prohibited monetary financing to member-state governments.

While this is not the first time that the GCC has gone after the ECB, the latest ruling certainly constitutes an intensification of the conflict. In the absence of a proportionality assessment from the ECB, the Bundesbank will be prohibited from participating in the PSPP, with potentially far-reaching implications for Europe's Economic and Monetary Union (EMU).

There is much to criticize about the ruling, not least its failure to understand the economics of monetary policy. The ECB does, in fact, conduct a regular, broad assessment of the implications of its policies each time it publishes quarterly projections.

Moreover, price stability is not attainable in an economy where savers have been disowned, zombie firms are flourishing, and the banking system has collapsed. By demanding that the ECB offer the kind of assessments that it requires, the GCC is provoking a dangerous clash between European and German law. It is not surprising that many economists and legal scholars have described the GCC's arguments as utter nonsense.

Nonetheless, European institutions must take the GCC's challenge seriously, or catastrophic consequences could follow. Given that the GCC has long been on a mission to challenge the ECB's policies, there is no reason to assume that it will stop with this latest ruling.

More important, one cannot ignore the fact that the court's arguments resonate with many German economists, politicians, and voters. Across the German mainstream, there is a deep conviction that the ECB does not act in Germany's best interest.

Especially since the 2008 global financial crisis, a growing chorus has criticized not just the ECB's bond-purchase programs, but also its interest-rate and collateral policies, and even its TARGET2 payment system.

This intensifying public sentiment has steadily eroded the ECB's credibility in Germany. That is not a problem that can be brushed aside. Trust and credibility are a central bank's most important assets, without which it cannot fulfill its mandate. The EU and other member-state governments therefore can no longer ignore the GCC and the constituency it speaks for.

As a first step, the ECB needs to understand what the GCC (and the German public) expects from it. The court's complaint that existing monetary policies impose costs on specific groups implies that it doesn't think price stability should be the ECB's primary objective. The GCC is essentially demanding that the ECB pursue a different mandate.

To be sure, the GCC has no authority to demand such a change. But, to avert a deeper crisis, the ECB needs to convince the German public that price stability is its primary objective for a reason, and that it cannot simply decide to discipline certain governments or favor policies that would benefit German savers and banks. This issue will not be resolved through the ECB's standard strategy review process.

The GCC also objects to the risk-sharing element that is inherent in all ECB policy decisions. Monetary policy always will have distributional consequences within societies, and, in the eurozone, across countries. But the German mainstream view is that ECB policies since 2008 have been designed to benefit weaker southern European countries at Germany's expense.

Again, it may be tempting to dismiss this argument as nonsense (which it is), and to point out that Germany has benefited as much as others from ECB policies over the past decade. But that will not resolve the conflict.

After all, the ECB has assumed an extraordinary degree of responsibility for maintaining economic and financial stability - first during the 2008 crisis, then during the subsequent European debt crisis, and now in response to COVID-19.

With a proper fiscal and capital-market union to strengthen risk sharing, divergences within the eurozone could be reduced, allowing the ECB to step back from sovereign bond purchases and other interventions. But this probably won't happen any time soon, which means that the ECB would do well to adjust its strategy.

The ECB should revise its definition of price stability and its method of analyzing the implications of monetary policy, not to please the German court, but to enhance transparency.

For now, at least, that could help protect its operational, institutional, and legal independence. But in the long term, the EU and member-state governments cannot ignore the German position.

Despite several serious weaknesses and contradictions in its reasoning, the GCC raises legitimate and important issues concerning the ECB's monetary-policy mandate and its role within the EMU.

In the best-case scenario, the EU will take the GCC's ruling as a wake-up call to work toward a viable fiscal and capital-market union, and to clarify the ECB's role therein. That will require a maddeningly difficult EU treaty change. But the alternative would be far worse.