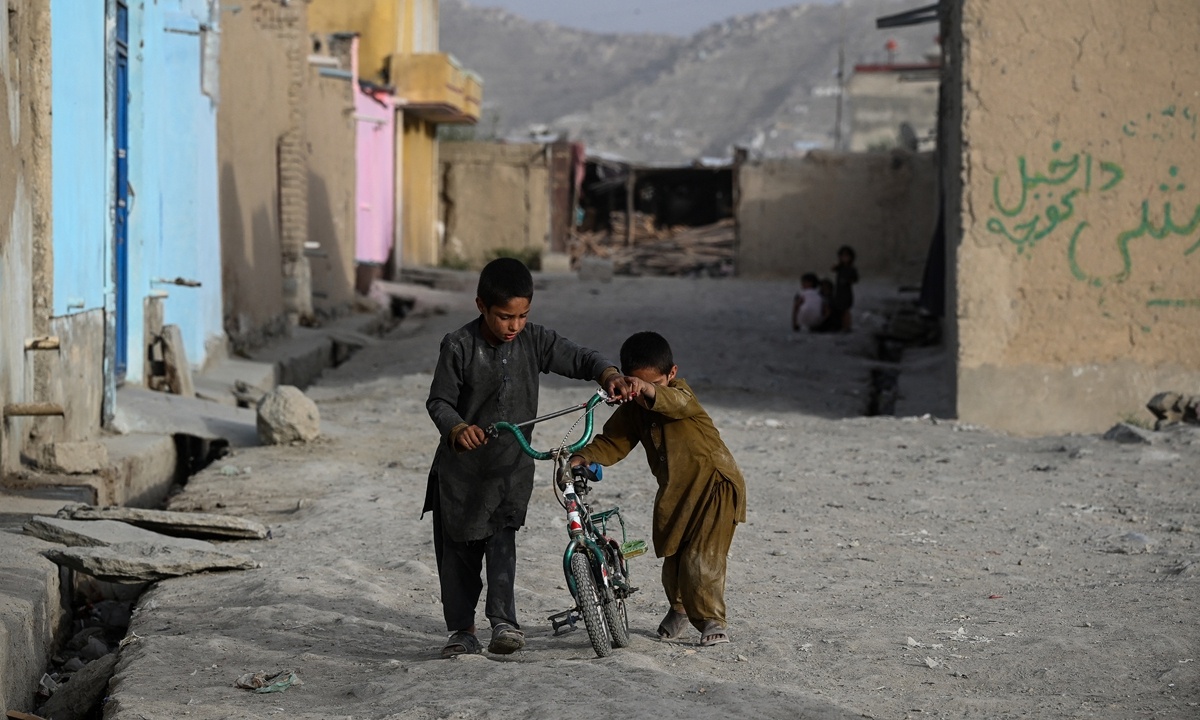 Afghanistan has witnessed rapid changes lately. On the one hand, the US and NATO troops have been accelerating their withdrawal process. On the other, the Taliban has progressed quickly and taken control of more territory in Afghanistan. The current Afghan government has actively taken advantage of various diplomatic occasions for mediation, hoping to gain external support to negotiate with the Taliban for the future development path of Afghanistan. This also entails the division of political power, the composition of the government, and other issues. Also, delegations from the Afghan government and the Taliban said in a joint statement on Sunday that they will meet again and plan to expedite peace negotiations after their latest talks in Doha, according to Al Jazeera.

Changes in Afghanistan have triggered great concern in the international community. In an interview with Sputnik, Andrey Denisov, Russian Ambassador to China said that Russia is paying close attention to the situation in Afghanistan - especially with its Central Asian borders. China is also concerned about the situation in Afghanistan. Chinese State Councilor and Foreign Minister Wang Yi said in his talks with Afghan Foreign Minister Atmar in Dushanbe on July 14 that China and Afghanistan are friendly neighbors linked by mountains and rivers. China attaches great importance to the strategic partnership between China and Afghanistan. It supports Afghanistan to build inclusive political structures through dialogue and consultation based on the "Afghan-led, Afghan-owned" principle. Wang also noted that the Taliban, as a major military force in Afghanistan, should recognize its responsibility toward the country and the nation, make a clean break with all terrorist forces and return to Afghanistan's political mainstream with a sense of responsibility for the country and the people on July 13 when he met the press with Tajik Foreign Minister Sirojiddin Muhriddin in Dushanbe.

Compared with other extremist organizations, the Afghan Taliban is more like an Islamic political opposition in Afghanistan. Nationalism is prominent in its ideology and propaganda. Compared with Al Qaeda and Islamic State, the Taliban is more inclined to build an Islamic nation-state than to advocate and carry out "Jihad" all over the world. Moreover, the political demands of the Taliban are becoming increasingly clear. The main political position of the Taliban is to drive the "foreign aggressors" out of Afghanistan. They want to realize the "complete independence" of Afghanistan and establish an independent nation-state.

But the Taliban's choice of path in the future nation building is not clear yet. For one thing, it has not put forward a clear policy on what role the value system composed of Islam and traditional Pashtun customs will play in the future national construction. For another, how to deal with the relationship with various political forces in Afghanistan, including the Ghani government, is the major issue faced by the Taliban.

Whether or not the Taliban is trying to uphold Islam or build a nation-state, the "anti-US" campaign is an essential part of its ideological and political demands. The values of the Afghan Taliban are deeply rooted in the tradition of valuing their own independence and resisting foreign invasion and intervention. Nationalism has become the principal banner of the Taliban to win Afghan people's support. Among many negotiations held by the Taliban with the US and the Ghani government, "all foreign troops must leave" has been the Taliban's top priority for negotiation.

The withdrawal of US and NATO troops from Afghanistan is seen as a victory for the Taliban. For a long time, the Taliban has not stopped the confrontation with NATO forces and Afghan government troops with military means. At the same time, it has insisted that foreign troops must withdraw from Afghanistan in the negotiations. This has won it the reputation of resisting foreign aggression. This has also become a political bargaining chip for the Taliban to be entitled to negotiate with the Afghan government and other domestic political forces about the distribution of political power and given the Taliban gravitas to participate in negotiations and conferences with other countries. Their bargaining chip comes from the support of Afghan people.

Indeed, the improving political legitimacy of the Taliban in Afghanistan is based on the expansion of its sphere of influence. The fundamental reason, however, is that Taliban's policy of resisting foreign aggression and interference, or anti-US stance, resonates with the people. The Taliban's combination of political and military approaches has set an example for other forces in Central Asia.

However, we need to be vigilant that the "anti-US" or anti-foreign-interference sentiment in Central Asia is not radicalized into extremism. After all, extreme thought has been utilized as an important factor to divide people as enemies or allies.

The author is a lecturer at the Center of Afghan Studies, Shaanxi Normal University.