OPINIONS Talks invitation not made in good faith

Talks invitation not made in good faith 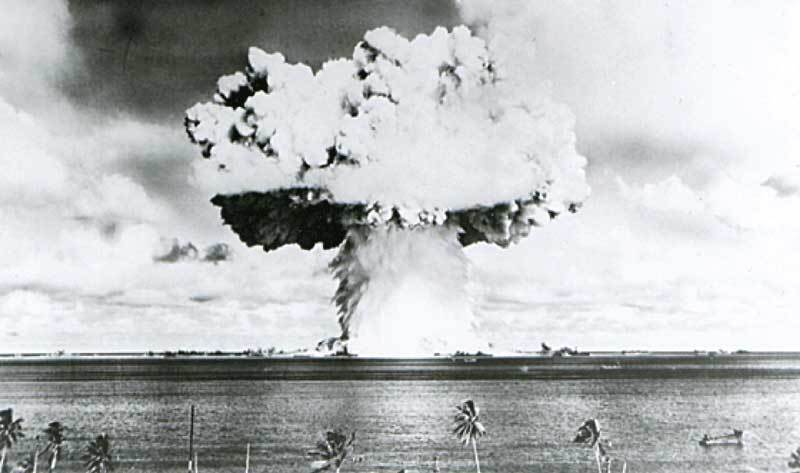 This US Navy handout image shows Baker, the second of the two atomic bomb tests, in which a 63-kiloton warhead was exploded 90 feet under water as part of Operation Crossroads, conducted at Bikini Atoll in July 1946 to measure nuclear weapon effects on warships. (Photo:Agencies)

It certainly is very good news for anyone concerned about global nuclear nonproliferation that, on the heels of recent reports about Washington allegedly discussing restarting explosive nuclear tests, the United States and Russia are now talking about sustaining the New START pact.

Washington's insistence on bringing in Beijing, however, is both unrealistic and unreasonable, and may create unwanted ramifications for the anticipated negotiations. The Ministry of Foreign Affairs in Beijing, as it has before, ruled out the possibility, calling it a US ploy to "deflect responsibilities to others".

So the seat that US envoy Marshall Billingslea claimed on Twitter was "waiting for China in Vienna" at the talks scheduled later this month is destined to remain unoccupied. It is not that China does not welcome US-Russia engagement or that it is not concerned about nuclear non-proliferation. On the contrary, it has been vocal about nuclear arms disarmament and non-proliferation, and it is a signatory to the Comprehensive Nuclear Test Ban Treaty. Yet that does not make China a legitimate third party to the upcoming US-Russia negotiations.

First and foremost, this is a bilateral matter. Nuclear security is a matter of global concern, and the talks between the owners of the world's two largest nuclear arsenals are of global significance. But at the end of the day, these negotiations boil down to how the two nuclear powers work out an operational mechanism to make sure there is a proper balance between their nuclear arsenals and a minimum degree of mutual confidence so that they won't resort to nuclear weapons in an otherwise manageable conflict.

The New START Treaty, officially the Treaty between the United States of America and the Russian Federation on Measures for the Further Reduction and Limitation of Strategic Offensive Arms, is essentially a US-Russia agreement, it has not and needs no seat reserved for any third party. China has plenty of other venues and channels to contribute to global nuclear disarmament.

Washington's invitation to Beijing is not only unnecessary, but also ill-conceived mischief-making. China has maintained its long-standing strategy of using nuclear weapons only as a deterrent, despite a few advocates of a significantly enlarged nuclear arsenal.

The majority of Chinese are cool-headed and vigilant toward the country involuntarily getting sucked into a nuclear arms race. They saw how the Soviet Union embarked on that self-debilitating course and perished, and would do everything to keep that from happening in China.

China has made its position clear — It is not a party to the talks. The US claiming it should "show and negotiate in good faith" is a dissembling attempt to show China in a bad light.