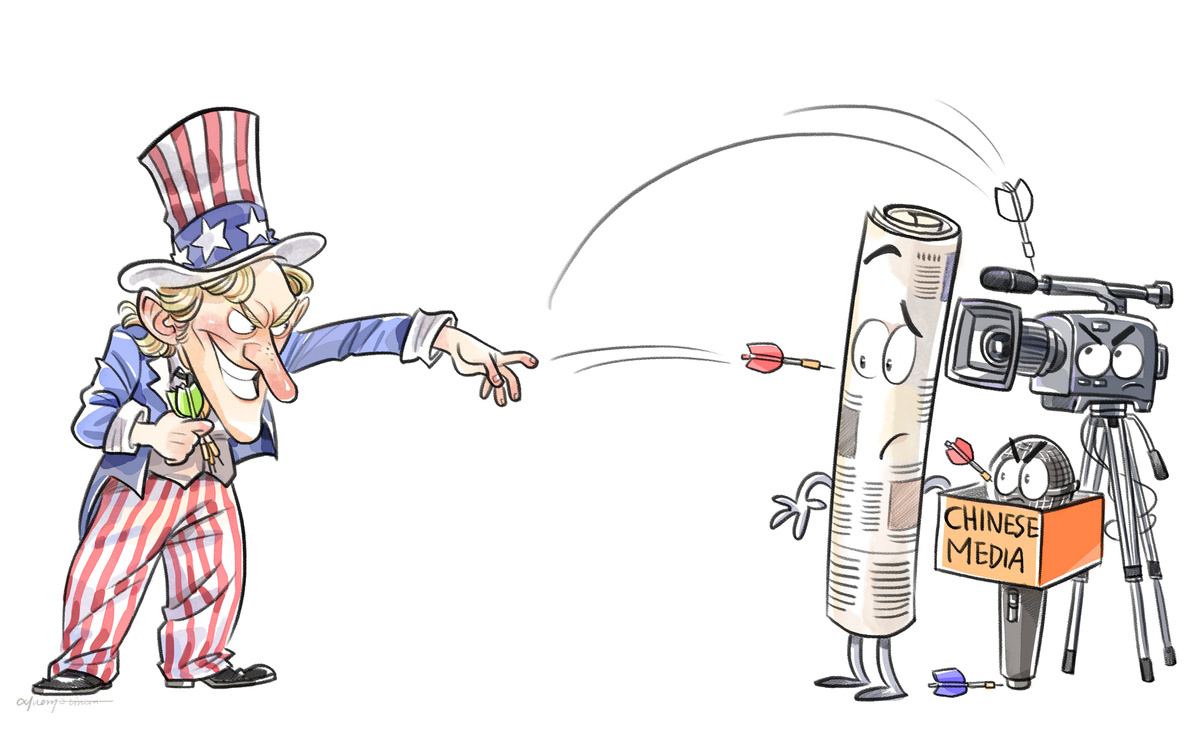 The United States government has again targeted Chinese media, issuing a new rule on Friday tightening visa guidelines that will limit the visas for Chinese journalists to 90 days with the option for extension. The move will undoubtedly deal a further blow to the already shaky media exchanges between the two countries, and further undermine bilateral political trust.

It was claimed to be a response to the treatment of US journalists in China. But nothing has been mentioned about why some US reporters were denied extensions of their visas in China. Neither has there been any mention of The Wall Street Journal's refusal to apologize for its "Real Sick Man of Asia" insult to China and Chinese people. Which suggests that its citation of China's "suppression of independent journalism" is nothing but an excuse.

The US Department of Justice ordered Xinhua News Agency and China Global Television Network to register as foreign agents rather than news organizations in December 2018, which set a very bad precedent and politicized an issue that should be handled as an issue of cultural exchanges.

Washington has taken repeated action against Chinese media without offering any evidence to show that Chinese journalists have violated US rules or otherwise done wrong.

It is obvious that the bias against China and the Chinese media is an outcome of the deep-rooted Cold War mentality in Washington. China's rise as the world's second largest economy has given rise to the return of McCarthyism, which is poisoning the political foundation for bilateral relations between China and the US.

Yet, at this critical moment, Washington has chosen to politicize an issue which should have been settled through talks. The US cannot expect China to swallow what it has done and China's retaliation will be well grounded as it is the US that has first politicized the issue.

The US should know that what it has done will have consequences.