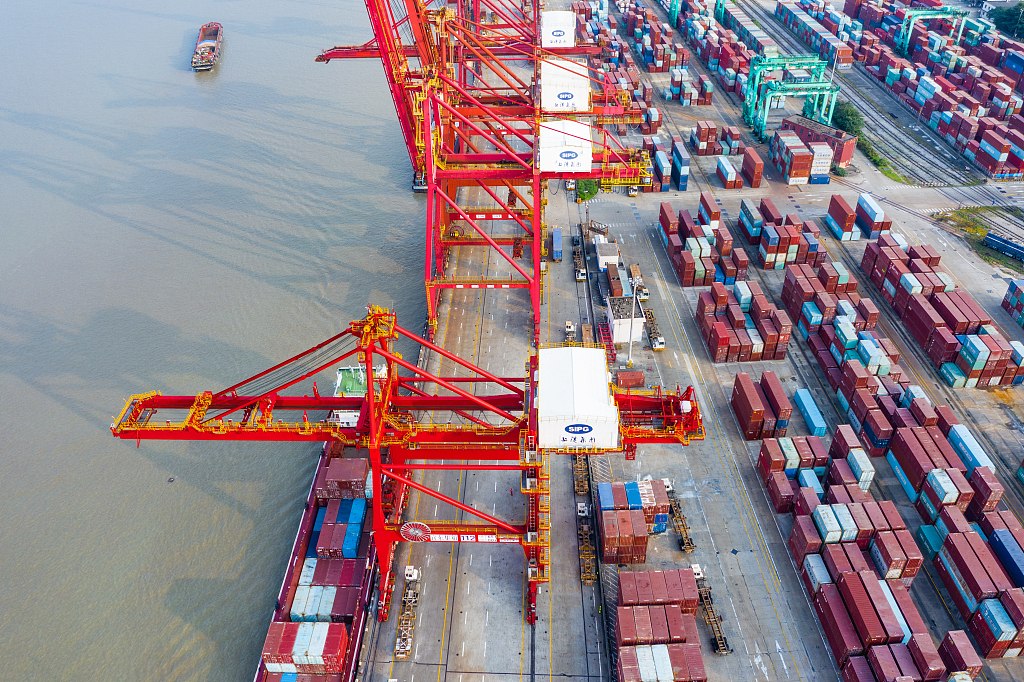 In September this year alone, Americans paid 7.1 billion dollars in tariffs, up 59 percent year-on-year, said Tariffs Hurt the Heartland, which is supported by more than 150 business and agricultural trade associations.

This significant increase was primarily driven by tariffs implemented by the current U.S. administration, it said.

The advocacy group found that Americans paid an additional 905 million dollars in the first 30 days since part of additional tariffs on 300 billion dollars worth of Chinese imports went into effect on Sept. 1.

"This data offers concrete proof that tariffs are taxes paid by American businesses, farmers and consumers -- not by China," said Jonathan Gold, a spokesperson for Americans for Free Trade, which is a coalition of U.S. businesses, trade organizations and workers against tariffs.

"This is why removing tariffs must be a part of the phase one deal (expected to be signed by the United States and China)," Gold said.

The data released also showed the "devastating impact" of China's retaliatory tariffs on U.S. exports, the group said, noting that the September data shows that exports to China that are subject to retaliatory tariffs are down nearly 30 percent from pre-trade war levels.

Brian Kuehl, co-executive director of national non-profit organization Farmers for Free Trade, said the true test of any deal to end the trade war will be whether the tariffs are fully rolled back.

"American farmers are the 'show me' type and they are still waiting to see a deal that actually ends the economic pain they are feeling," he said.

The data released Wednesday is part of a monthly Tariff Tracker that the advocacy group has launched in conjunction with consulting firm Trade Partnership Worldwide LLC, which compiles monthly data released by the U.S. government.