OPINIONS TCM for the world: A look at efficacy and mechanism

TCM for the world: A look at efficacy and mechanism 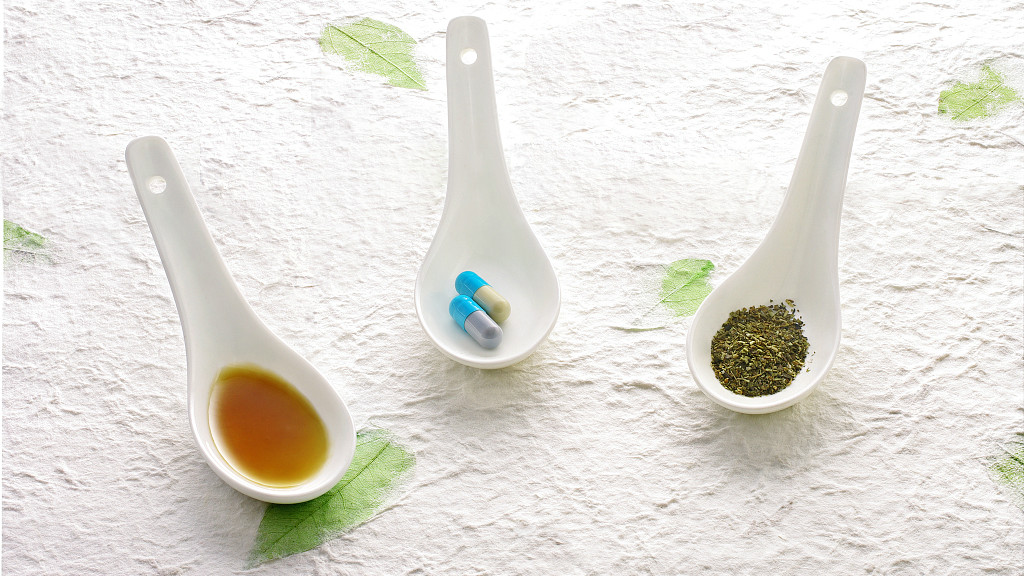 Within the realm of treating people with COVID-19, the disease caused by the coronavirus that's the culprit of an ongoing global pandemic, different countries have different methods. Indeed, without a common vaccine that can prevent the new disease, doctors the world over have to rely on therapies and medicine cocktails to eliminate symptoms. In China, one such method is the use of traditional Chinese medicine (TCM). But can this form of treatment be used on the global stage?

This was the main discussion point of CGTN Think Tank's latest online course, "Chinese Medicine on the Global Stage: Efficacy and Mechanism." The first course in the three-part series brought together six medical experts from around the world to talk about how TCM is being used to treat COVID-19 and ways in which it can be accepted around the world, especially in the West.

With the seeming effectiveness of Western medicine, why use TCM, which is often made from herbs, plants and other natural products, to treat something as dangerous as COVID-19? The answer can be found in history.

One of the panelists Li Guangxi cited the use of TCM to treat pandemic diseases as far back as the Bronze Age (3000 BC to 1200 BC).

Plus, there is a difference in treatment methods. With TCM, medicine is commonly used as a preventative measure against disease, or at least early on when symptoms first emerge, which is often more effective in treating illnesses.

Whereas Western medicine is used when a patient shows signs of illness, Chinese medicine seeks to regulate the body, keeping everything in sync.

TCM's main focus is keeping "qi," which can be understood as the energy of a living thing balanced within the body. When one's "qi" is out of balance or flowing through the body incorrectly, this is when disease develops.

Plus, unlike Western medicine, which generally uses one thing to treat one symptom or issue, TCM uses a myriad of medicines to treat all symptoms at once. Such remedies were once common in the West, Professor Emilio Clementi, head of the University of Milan's Clinical Pharmacology Unit and editor-in-chief of Pharmacological Research, pointed out adding that they were only regulated in Europe from the 19th Century onwards.

Such treatments include things that today are enjoyed as alcoholic beverages, like bracing Fernet Branca or vermouth, wine fermented with a variety of herbs. But even with such common ancestry, the West still views TCM with hesitation. However, efforts are being made to change such perspectives.

Research into TCM Treatment of COVID-19

Kicking off the course was Professor Liu Liang, president of the Macao University of Science and Technology. Detailing research and testing done on over 200 patients with moderate COVID-19 symptoms, Liu and his team found three similar Chinese medicines that could be used in treatment with great effect: Lianhua Qingwen capsules, commonly used to treat the flu; Jinhua Qinggan granules, developed in 2011 during the H1N1 epidemic and Xuebijing injections.

Liu and others have published around 34 papers on the use of TCM in fighting COVID-19 in academic journals, and the research has not stopped at these three medicines.

Li Guangxi said he and his team used several common TCM medicines to treat COVID-19 patients, including some that may be common to Western ears. For instance, ginseng, which is commonly used to treat a variety of conditions, was used to deal with fevers in COVID-19 patients, while transdermal therapy was used to help their lungs recover.

One of the three non-Chinese panelists, Thomas Efferth, chair of the Pharmaceutical Biology Department at Germany's Johannes Gutenberg University, who has studied TCM extensively from a research point of view, also cited the potential of natural medicines in treating the coronavirus. Drawing on studies done using artificial intelligence to find the likeliness of potential drugs, it was found that the Asian Honeysuckle would be a likely candidate for treating the disease.

In regards to the preventative aspects of TCM, Elaine Leung, who works closely with Clementi, cited things like probiotics. She said that probiotics, which are used extensively in TCM and other Asian medicinal traditions to promote good gut health, could help prevent COVID-19 by keeping the body healthy in the first place.

Selling TCM to the World

It might be easy to get behind the use of TCM in tandem with or apart from Western medicine, as it has been used in China to treat patients with COVID-19, when presented with such evidence. But there are issues at play that prevent TCM from being used globally.

Clementi, who took a Western viewpoint to look at issues with TCM, noted several issues.

The first issue is that different people react to different medicines differently. For example, due to differences in geography affecting metabolic makeup, TCM may work for Chinese people, who have been using it all their lives, but might not be as effective when used to treat a patient from an African country because they metabolize medicine differently.

Another larger issue is regulation and standardization. While China has taken steps to standardize TCM in recent years, differences in research and testing still exist. In the West, clinical trials are essential to determining the effectiveness of a drug, but in TCM, which takes a more holistic approach, it's almost like active testing takes place.

Efferth mentioned a question he had seen pop up before, "Why do you test on animals instead of people?" Indeed, whereas animal testing will be done before exposing human subjects to a drug, traditional medicines like TCM will administer drugs to a human subject and see what works and what doesn't.

In this regard, regulation and standardization may be key to getting TCM into Western markets, but there has to be leeway as well. As panelist Sergio Bengrazi pointed out, TCM terminology and protocols for treatment must be translated into Western terms so that they can be better understood.