China's National Development and Reform Commission is mulling over establishing a national technological security management list system, Xinhua reported. The detailed measures will be unveiled in the near future. 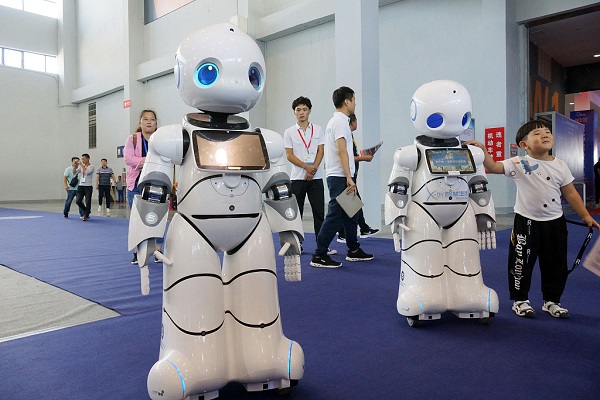 This plan is clearly related to the recent announcement by the Ministry of Commerce of a non-reliable entity list. It not only is an initiative for China to strengthen its long-term institutional construction of economic security, but also has practical significance for countering the US technical restrictions and supply cut-off to some Chinese high-tech enterprises.

China has some relevant laws and regulations, such as the National Security Law, but the enforcement was relatively weak in the past. Establishing a national technological security management list system not only helps refine relevant regulations, but also strengthens the implementation.

The industrial structure of today's world is a complex supply chain system. The US does  control high-end technology in many fields, but China is the world's largest manufacturing base, which has mastered and innovated various practical technologies. The global supply chain cannot operate without  China. China is capable of impacting   the US supply chain through certain technical controls.

China recently indicated a probable cut-off of rare-earth products to the US. Although the US may take various measures to alleviate such a shock, it will be messy. China not only is the world's largest producer and exporter of rare earths, but also masters rare-earth refining technology ahead of the world.

The US claims that some foreign-funded enterprises will leave China and move to Southeast Asian countries, an oversimplified view. Making Southeast Asian countries the US barrier to contain China is against the will of those countries. It is not only technically difficult, but will never be allowed by China. China has the sufficient capacity and means to upset such plan of the US. China will establish a non-reliable entity list and a national technological security management list system, but China will not abuse them to arbitrarily suppress cooperative foreign companies. China cherishes the environment provided by reform and opening-up and protects the interests of all enterprises cooperating normally with China. China's newly established mechanisms will be strictly limited to safeguarding China's national security. Only foreign companies that have harmed China's high-tech enterprise security and national security by actual actions will be the targets.

Some may think that such regulations create ambiguity and leave space for "selective law enforcement." There are vague areas in all regulations, and any country's judicial machine can selectively enforce laws. But has China "selectively" punished a single foreign company in all these years? It is the US that has been providing the most obvious examples of unfair and selective law enforcement.

It has been observed that US judicial tools are arbitrarily used to maintain its global hegemony and implement various long-arm jurisdictions. The US national security and hegemony are equated. China has neither such ambitions nor the willingness to abuse long-arm jurisdiction. China's national security is in line with the understanding of all countries. The world should now guard against the US, the country which recklessly disrupts the global supply chain, rather than China, which has to adopt strategic defenses and carry out some key counterattacks.