OPINIONS Tensions in Kashmir should be eased

Tensions in Kashmir should be eased 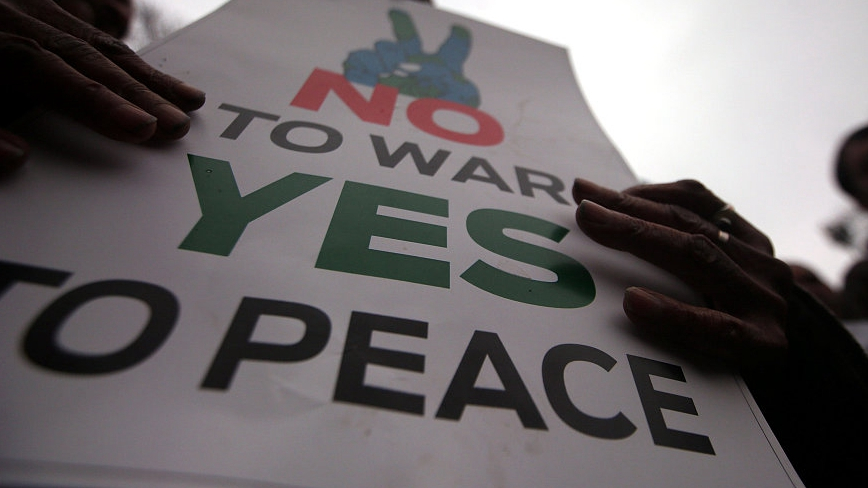 Tensions between India and Pakistan are at their highest level in decades, and many fear the nuclear-armed neighbors are on the brink of yet another war over the disputed Kashmir region. But the latest eruption is different from its predecessors.

The two countries' struggle over Kashmir began in 1947. After Pakistan supported a Muslim insurgency in the princely state of Jammu and Kashmir, the state's Hindu ruler, Maharaja Hari Singh, decided to cede the territory to India in exchange for armed assistance.

Since the state's population was predominantly Muslim, however, Pakistan cried foul and sent in troops, which India countered with more troops of its own.

The war resulted in a stalemate, with the United Nations helping to secure a ceasefire in 1949. As part of the deal, the state was divided between India and Pakistan – and remains so to this day.

The fight over Kashmir picked up again in 1965, when Pakistan sent troops to an Indian-controlled area to encourage locals to revolt against their "occupiers." But, instead of spurring a rebellion, Pakistan elicited a major offensive by India. A 17-day war ensued, but the status quo prevailed.

The war resulted in a stalemate, with the United Nations helping to secure a ceasefire in 1949. As part of the deal, the state was divided between India and Pakistan – and remains so to this day.

The two sides fought again in 1971, though Kashmir was not the focus. After the civil war pitting then-West Pakistan against the Bengali freedom fighters of then-East Pakistan fueled a wave of refugees from the east, India began supporting rebel groups there.

West Pakistan was forced to surrender, and East Pakistan became the independent state of Bangladesh.

Then, in 1999, another Indo-Pakistani skirmish over Kashmir erupted, after Pakistan sent troops to the Indian-controlled district of Kargil.

The conflict was cut short when U.S. President Bill Clinton convinced then-Pakistani Prime Minister Nawaz Sharif to withdraw his forces from the area.

Whereas Pakistan provoked previous Indo-Pakistani conflicts, India is driving the current one.

To be sure, the escalation was triggered by an attack on Indian paramilitary police On February 14, a young militant in Indian-administered Kashmir carried out a suicide bombing that killed 40. The next day, the Pakistan-based Jaish-e-Mohammed terrorist group claimed responsibility for the bombing.

India's government pledged retaliation not just against Jaish-e-Mohammed, but also against Pakistan, though most analysts agree that this decision does not reflect a fair assessment of the situation.

While Jaish-e-Mohammed is technically based in Pakistan, it has developed a strong following among young people – like the February 14 suicide bomber – in Indian-controlled Kashmir.

The reason is simple. In an effort to control the insurgency in Kashmir, Indian Prime Minister Narendra Modi's government has made the area one of the world's most militarized areas, with 250,000 armed personnel present.

The excessive of force used by those personnel has driven many young people into the arms of extremist organizations.

For Modi, however, ignoring this reality and blaming Pakistan is politically expedient.

He and his Bharatiya Janata Party are engaged in a tight election campaign.

A landslide victory in 2014 enabled the Bharatiya Janata Party to form a government on its own, breaking India's decades-long pattern of coalition rule.

India's retaliation quickly escalated from economic measures – a 200 percent tariff on Pakistani imports, for example – to an airstrike near the Pakistani town of Balakot, which India claims targeted a Jaish-e-Mohammed training camp.

The next day, a dogfight between Pakistani and Indian warplanes left a downed Indian pilot (who has subsequently been released) in Pakistani custody.

Pakistani Prime Minister Imran Khan, meanwhile, continues to deny any responsibility for the initial attack and to call for dialogue; this, together with his government's decision to release the captured pilot, could go a long way toward defusing tensions.

Khan's party, Pakistan Tehreek-e-Insaf (hereafter PTI), has the support of a large share of Pakistani young people - a huge cohort in Pakistan, where the median age is just 24 years. When up to 60 percent of young people voted for Khan and the PTI in last year's election, they were concerned not with recapturing control of Kashmir; they wanted a government that would deliver quality education, health care and employment.

As Fatima Bhutto, the niece of the assassinated Pakistani politician Benazir Bhutto, wrote, though Pakistan's "recent history has been bloody," the country's "long history with military dictatorships and experience of terrorism and uncertainty means that my generation of Pakistanis have no tolerance, no appetite, for jingoism or war." As Bhutto acknowledges, Khan seems to understand this. "My question [to the Indian government]," he said in a televised address, "is that, given the weapons we have, can we afford miscalculation?"

Fighting in Kashmir may summon a sense of déjà vu, but the fact is that the dynamic has been reversed, with Pakistan now the side vying for peace.

It is up to Modi's government to look past short-term political considerations and allow tensions in Kashmir to ease.

If it does, perhaps the next Indian government can take advantage of the shift that has occurred in Pakistan to work for the stable, long-term peace that Kashmir's people deserve.