OPINIONS Tensions with US, Japan won't distract China from border issue with India

Tensions with US, Japan won't distract China from border issue with India 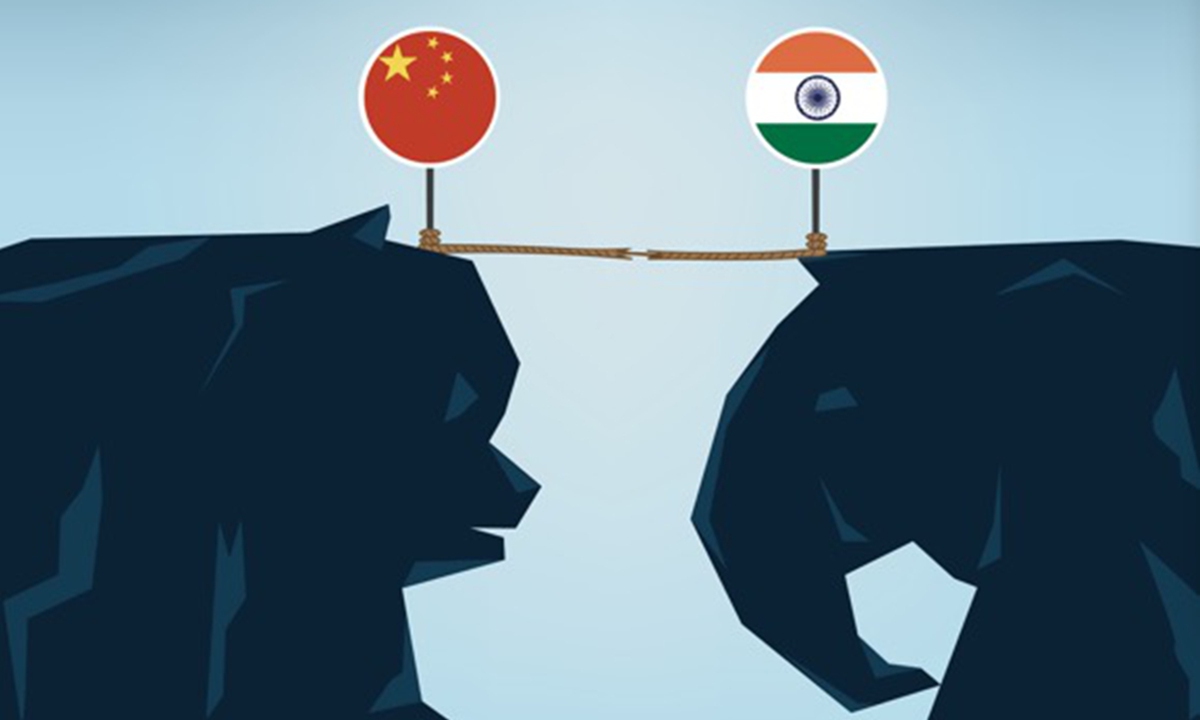 "China would like to 'stabilize' the Indian front so as to take on the infinitely bigger challenge it confronts in the western Pacific from the United States and Japan," said Manoj Joshi, distinguished fellow at India-based think tank Observer Research Foundation, in an article published on Tuesday.

Joshi said the statement from the Chinese side - hopefully "India will meet China halfway to move the situation toward stability and shift it from urgent dispute settlement to regular management and control" - is a sign that suggests "China was willing to steadily walk away from the forward positions it took in the summer of 2020."

India should keep the big picture in mind and avoid strategic misjudgments of China. Territorial integrity is one of China's core interests. Indeed, China hopes to promote stability along the border area and recover China-India relations. But this definitely does not mean China will give up a single inch of its territory in exchange for gains in other areas.

Some strategists in New Delhi tend to believe that while dealing with challenges in China-US relations and China-Japan relations, China may not have enough energy to fight back against India's encroachment on China's territory. Some even believe that China may make concessions in order to win it over from the US. But such a mind-set is a sign of misreading China.

Although there are conflicts between China and the US, the two countries have also had a lot of cooperation. From the global perspective, the China-US relations are much more important than the US-India ties and the China-India ties. Washington wants to use New Delhi to contain Beijing, however it will never sacrifice China-US relations for India.

Therefore, despite all the competition, it is unlikely that a real war will break out between China and the US. Some Indian scholars believe China-US tensions will keep China too occupied to take care of border issues. This reflects their limited vision.

India has not viewed China-India relations from bilateral perspectives. Instead, it has taken many third-party factors into consideration. India has also exaggerated the so-called China threat, trying to provoke China-US disputes. But with its national strength, China is fully capable of simultaneously dealing with challenges from the US, Japan, as well as India.

India has repeatedly tried to gain from provoking the border issue with China, and it still has not given up such opportunism. However, China has repeatedly countered India's salami-slicing tactics, and the gap between the two countries' military strength is also obvious.

New Delhi should not attempt to use illusory China-US and China-Japan conflicts to win real interests for itself. India needs to see China's determination to defend its territorial sovereignty. In fact, China has been relatively polite to India so far. This shows China's goodwill to maintain stable bilateral relations, not that China is afraid of India.

This being the case, if India always wants to take advantage of a third-party factor to make unreasonable demands, the protracted border standoff will bring no good to India's long-term development.

New Delhi may boast that it can successfully handle a so-called two and a half front wars - against China, Pakistan and India's internal security threats. But in fact, it is not easy for India to even deal with China alone, not to mention Pakistan and India's domestic problems.

If India keeps provoking China and attracts all of China's attention to India, it will be very detrimental to India itself.