OPINIONS Textbook of a US bully: Three chapters

Textbook of a US bully: Three chapters 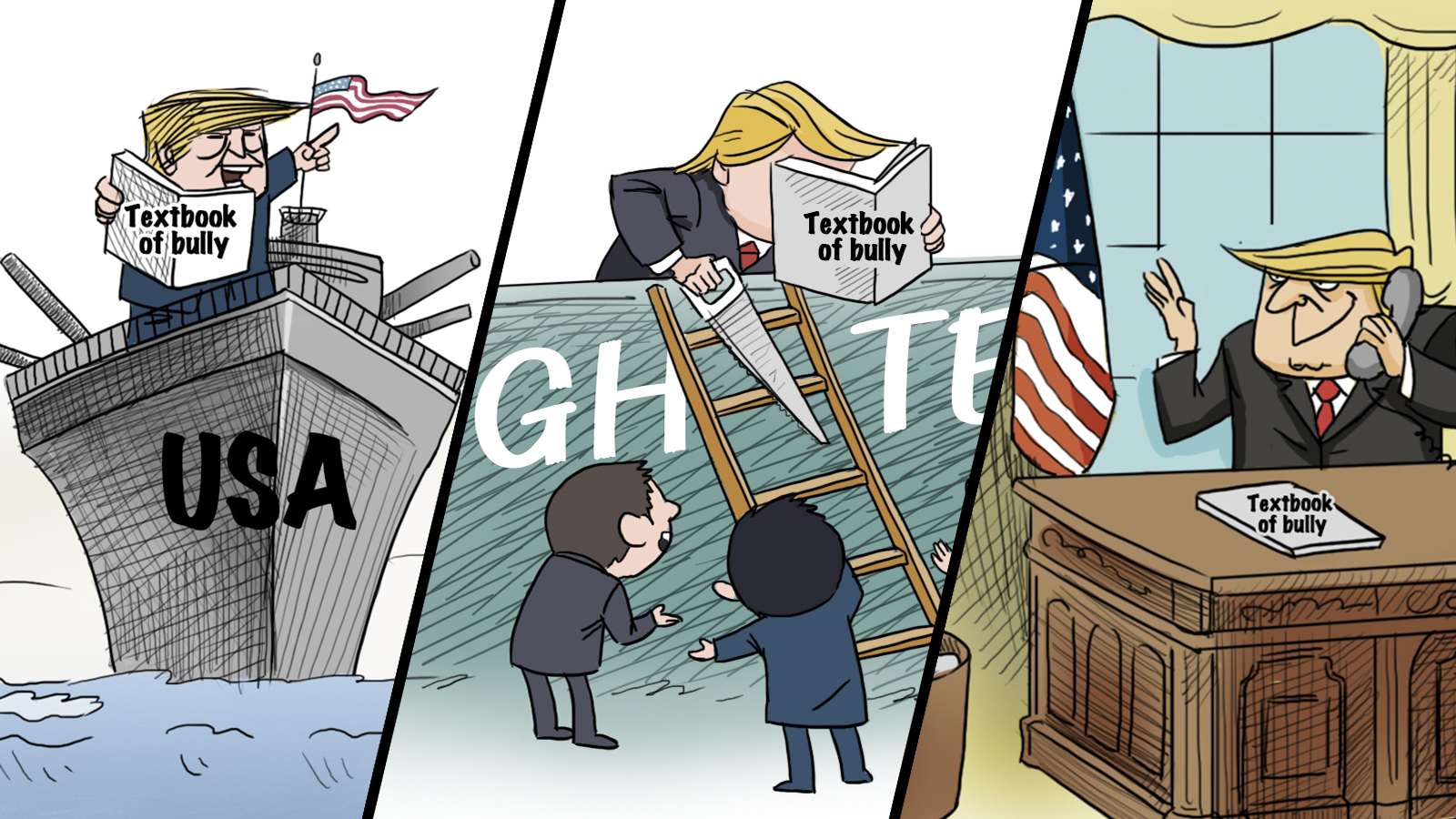 Bullying is more than showing that you're more powerful than another. Essentially, it is the abuse of power. And the US has written the textbook for abusing its power, and has practiced it painstakingly in the military, economic and diplomatic fields.

The first chapter is about arrogance and abusing its military power in the name of perceived justice. The so-called War on Terror has turned out to be a messy war across the Middle East, leaving thousands of victims. Luckily, being far from the mess it has started, the US does not have to worry about the waves it has stirred. Interestingly enough though, distance never stopped the edge of its knife.

The second chapter is all about the economic empire that it wants to build, isolated from all developing countries. Cutting-edge technology and advanced management experience, which is key to developing economies, is not to be possessed even if in a legal way. The ladder to the rich and developed has been disgracefully ruined by it.

The third chapter is about breaking the rules – not just any rules – but the rules-based system which was gained through decades of negotiation and hard work. Only 70 years ago it was a rule-maker itself. But even back then the WTO system was built in their favor. It used to be the leader of the free world, but Trump can barely become a qualified leader in his own country. He is planning a new blueprint, but it will be nothing to do with prosperity for the world.