OPINIONS That Chinese prize education is surely no bad thing

That Chinese prize education is surely no bad thing 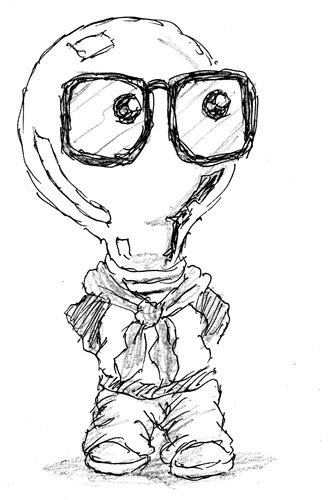 What should one expect from a five-year-old child? Playing in a mud hole in the garden or digging for worms? Maybe yes. But playing piano? Reciting hundreds of ancient poems? Too much? This is perhaps the reason why the resume of a five-year-old Shanghai boy recently set the internet ablaze.The 15-page resume is sparkling. It lists the boy's incredibly comprehensive achievements and leisure-time activities. He excels in literature, history, science, math, arts and sports. He has read more than 500 English books in the past year. Hobbies include piano, hip-hop, soccer and Sudoku. He likes traveling across southern China and a few places in the Asia Pacific.The New York Times jumped on the story and asked: Are children in China's education system being raised as soulless strivers?As a Chinese mother, after browsing through the resume, I seriously meditated on the question "Is he happy?" Then, I admit, I clicked the "save" button on his book list. My one-and-half-year-old toddler might need it someday. It is not news that Chinese generally attach great importance to education of their next generation. Of course we want our children to be happy, but we are more ardent about ensuring that they can first lead a decent, comfortable life all by themselves. To achieve that goal, education is the most effective method. If Chinese education has its own style, then it must be guided by the belief that there is no shortcut to learning.Thanks to China's large population and competitive environment, it's not surprising to see talented children every once in a while, including this five-year-old. Let's not forget He Xiongfei, an 11-year-old Latin dancer or seven-year-old kid piano prodigy Chen Anke. Are they soulless? When they were showcasing their dancing and piano prowess on US TV shows, all the audience saw were two smart, childish and quick-witted kids. All cried out that these were the cutest little angels they'd ever seen. If learning too much strips one's soul, how should we evaluate children of Western aristocracies? Take Prince George. The Mirror recently unveiled what he will learn at school this year. Behold, his lessons include a dozen kind of courses including ballet, French, geography, song writing, computing, drama and religious studies. Chinese people are increasingly wealthy, but the importance they attach to education has not declined at all and they started to learn from Western aristocracies how to improve education for the next generation. Previously China stood accused for its overemphasis on exam-oriented education. Now that Chinese parents encourage their little ones to learn something "useless" like chess, calligraphy or painting, that too is apparently wrong... Setting the rich aside, Chinese-style education has also changed the lives of numerous people from ordinary and impecunious families, especially since reform and opening-up. Jack Ma was born in the nondescript town of Shaoxing in Zhejiang Province. He used to be a deliveryman before attending college after taking the university entrance exam four years running. Now he is the richest man in China. Pan Shiyi was born in a poor Gansu Province village, but now he is chairman of commercial real estate development giant Soho China. Speaking of what changed his fate, he credited education. Yu Minhong, son of a Jiangsu Province farmer, changed his life's path with acceptance into Peking University. "The only way to change your fate is through hard work," said the founder and president of Chinese education giant New Oriental. Yu's remark mirrors the spirit of how Chinese people treat education. A growing number of ordinary people deployed it to become leading figures in all walks of life in the country. Their stories are perhaps worth more attention than a certain five-year-old boy. Will there be more Jack Mas and Yu Minhongs in the future? That should be the key to judging China's education style and system.