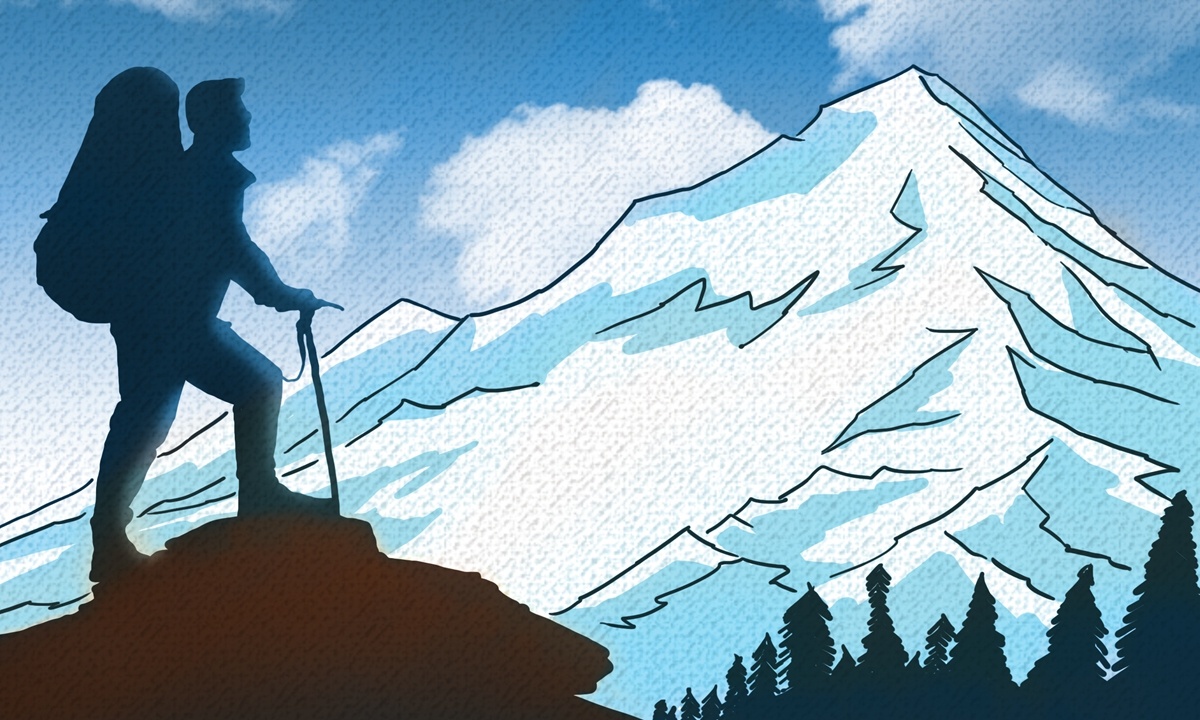 In the past year, I have been honored to be employed as a consultant of the 14th Five-Year Plan by two ministries and a western province. I have deeply felt that it is difficult and complex for China, a global power, to formulate its five-year plan, and that the 14th Five-Year Plan is comprehensive, consistent and practical. The new plan stresses global vision.

The five-year plan is definitely not text writing, nor is it a long speech completed by several writers. It is a long-term plan to guide the country's major development and construction process. The five-year plan is China's most important policy program, which sets goals and directions for the national economic and social development.

Over the past 70 years, every five-year plan has collected the wisdom of the country, the Party and the people of all ethnic groups in China. It is easy to figure out the laws, paths, designs and experiences of China's economic development when we look back at the evolution of the five-year plans.

As early as the end of 2019, the central government held a special conference on the formulation of the 14th Five-Year Plan. Since then, relevant ministries have held internal seminars, inviting experts to comment on the implementation and problems of the 13th Five-Year Plan as well as offer their suggestions in specific areas. Such seminars are quite common. After each meeting, specific difficulties, problems and key issues would be studied.

Such interactions and meetings were never interrupted, even during the COVID-19 epidemic. Sometimes they were held confidentially online; sometimes they were held offline, with participants wearing masks. I was entrusted by relevant ministries in mid-May to conduct research outside Beijing and finish a research report, and they paid high attention on my research result. As far as I know, quite a number of scholars have similar experience to me. Public opinion was also collected on the internet when the 14th Five-Year Plan was formulated. Many apps and websites set up columns to call for the general public to offer suggestions. Their opinions were then summarized and reported to decision-making levels.

In fact, not only relevant ministries, the central decision-makers also have attached great importance to the formulation of the 14th Five-Year Plan. President Xi Jinping has held frequent symposiums on various fields in Beijing, Changsha and Hefei and so on.

Based on my research experience in the field of global governance, it's not difficult to conclude the distinctive Chinese characteristics of the 14th Five-Year Plan.

First, comprehensiveness. Like the previous five-year plans, the 14th Five-Year Plan draws all efforts and close cooperation among relevant ministries and departments. People from all walks of life were invited to conduct in-depth investigation and study. The process takes about a whole year. The plan takes into account the interests and demands of the whole country, various industries, regions and institutions.

At present, the disparity between the western and eastern regions, the rich and the poor, cities and countryside is still wide, which demands the 14th Five-Year Plan to be more elaborate and fully consider the interests of all people. This is completely different from the four-year strategic plan or the president's policy speeches in the US and other Western countries. Electoral politics in Europe and the US tend to result in the increasingly fierce solidification and polarization of interest groups. The policies supported by one party are often opposed by the other party. Francis Fukuyama, US political scientist, said "vetocracy" leads the government to become paralyzed.  .

Consistency is the second characteristics. The 14th Five-Year Plan serves as a link between past and future, continuing the development tasks of the first centenary goal and carrying on the important mission of the second centenary goal. It is a design to start a new journey of fully building a modern socialist country after China completes the building of a moderately prosperous society in all respects.

When formulating the 14th Five-Year Plan, we must consider the sustainable development against the background of domestic development and drastic adjustment of global order. Currently, the global economy is slowing down and the international uncertainty is intensifying. Globalization is likely to be reversed and the international division of labor has undergone major adjustments. Therefore, the 14th Five-Year Plan must consider these facts and seek regional synergy of key industrial chains and new global layout.

When we examine the 13th Five-Year Plan, we will find significant advancement in ecology, poverty alleviation, consumption structure and other areas, but we cannot ignore the endogenous pressures that the business environment and scientific and technological innovation still need to be improved. Consistency must be taken into account when reviewing the past and designing for the future, which is different from the practice of "one government, one set of policies" in Western countries. It has been proven that Western political systems have seen serious involution - the endless cycle of repetition leads to stagnation or an inability to move to a higher state of development.

Practicality is the third characteristics. The formulation of the 14th Five-Year Plan should take into account both feasibility and the progress of the previous plan, both strategic opportunities and potential risks in the complex domestic and international environment. The 14th Five-Year Plan requires a blueprint with clear strategy and strong execution. Every major project needs a well-organized structure and the support of a talent team. Unlike empty slogans such as "yes, we can" or "make our country great again" in some Western countries, the 14th Five-Year Plan is not an empty promise.

Compared to previous five-year plans, the 14th one is unprecedentedly global. After becoming the world's largest manufacturing country and the world's largest trading country in the previous decade, China is expected to be the largest consumer of goods, the largest country of foreign investment and even the largest economy in the world. The world today is marked by changes unseen in a century. China must learn to coexist with the increasingly complex international competition, and realize that the next five years are likely to be a period of frequent contradictions and risks.

At the same time, as China is no longer a follower but a front-runner, the 14th Five-Year Plan should consider how China can lead the global economy. In this regard, China needs to grasp the delicate trends of the world economy and politics, reduce the risks of various operations and growth. More importantly, China should accurately overcome its own bottlenecks, identify gaps and forge ahead while seeking profits and avoiding harms

The author is professor and executive dean of Chongyang Institute for Financial Studies at Renmin University of China. wangwen2013@ruc.edu.cn