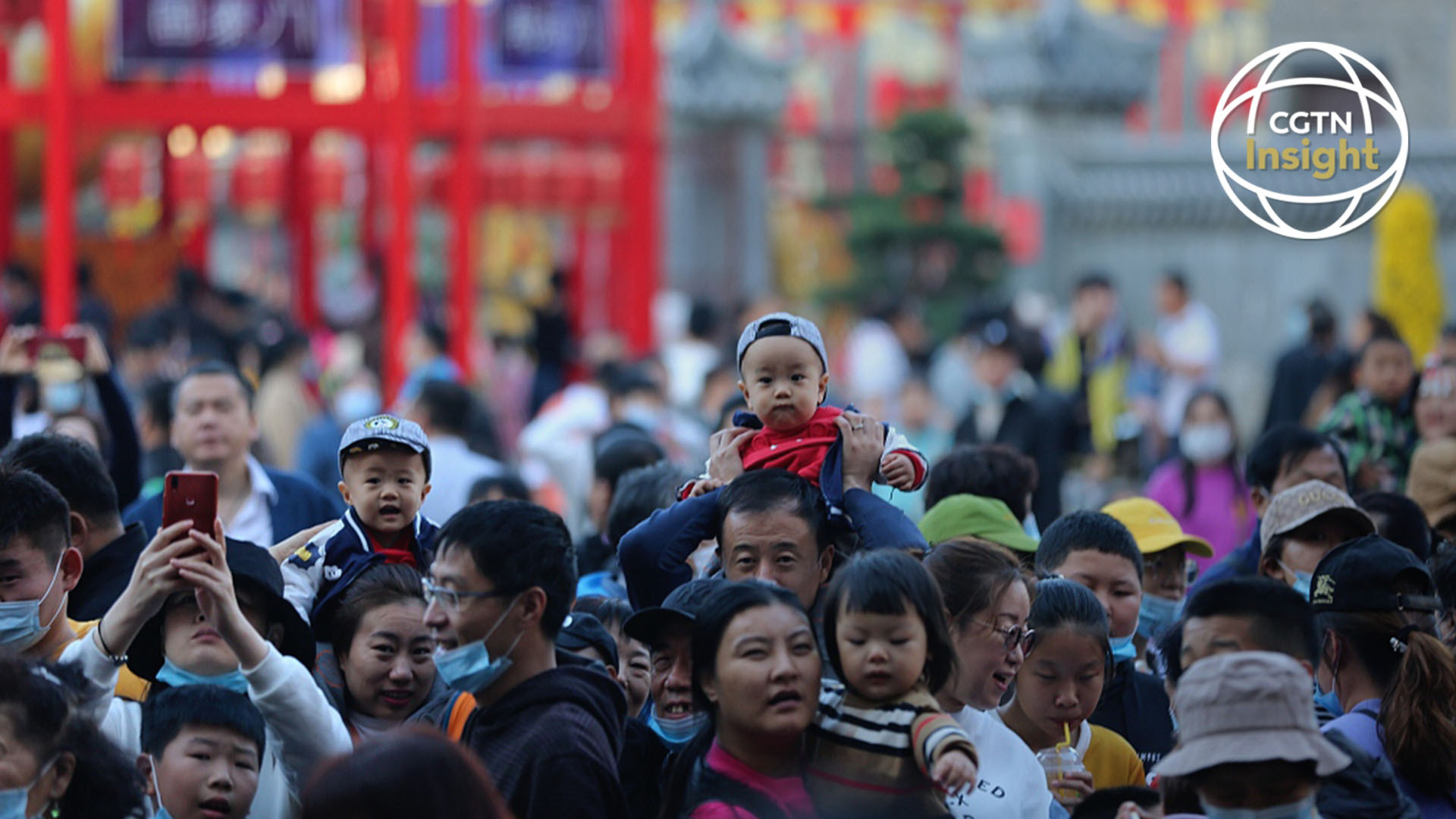 As many countries are still struggling with the rampant rise in COVID-19 cases, China is seeing a travel peak during its eight-day National Day and Mid-Autumn Festival holidays. In a sharp contrast to tough lockdown policies earlier this year, crowds of people thronged tourist spots, train stations and shopping malls across the country.

The week-long break has long been an occasion for travel. But this year's event is more like the Spring Festival season.

In the Chinese lunar calendar, Spring Festival is a symbol of renewal. It's a time-honored tradition that families get together at this special day to celebrate the fresh life lying ahead. But the COVID-19 pandemic turned this year's Spring Festival into a nightmare: thousands of innocent lives were lost; people under strict quarantine measures had no chance to reunite with their friends and families; retailers made last-ditch efforts to make a living.

The traditional festival of hope was filled with hopelessness this year. But this does not mean hope is dead. China's months-long fight against the pandemic has managed to bring the virus under control. While other countries with more advanced medical equipment and technologies are still caught up with soaring COVID-19 cases, China is returning to normalcy at a remarkable speed. And the hustle and bustle during the eight-day break is a clear proof of this fact.

Statistics from the Ministry of Culture and Tourism shows 425 million Chinese hit the road in the first four days of the holiday. A total of 191 million passenger trips were made through expressways, highways and railways during the same period. Although the figures are down from last year's Golden Week, they are clear signs that people's lives are gradually returning to normal in the post-pandemic era.

Growing domestic demand also means the recovery of Chinese economy. While tourism took a pounding from the COVID-19 pandemic, data from Ctrip, a travel-booking platform in China, indicates that ticket sales at attractions rose 100 percent year-on-year during the eight-day break. A report by WeChat, an all-in-one app operated by Chinese tech giant Tencent, shows that compared with this year's Labor Day holiday, transactions on its payment service grew by 71 percent at hotels and 83 percent at tourist sites during the first three days of the Golden Week.

"The holiday will be an important opportunity for China's tourism sector to warm up and recover, and tourism consumption may reach a new high for this year," South China Morning Post quoted a report by food-delivery giant Meituan. The total revenue from domestic travel during the break could recover to around 91 percent of last year's holiday level, according to the company.

After months of staggering growth, the world's second-largest economy is unleashing its vitality again. And with nearly zero local transmission on the Chinese mainland, Chinese people have re-started their new lives in the post-pandemic era with hope.

Ringing out the old and ringing in the new is exactly what Chinese Spring Festival is all about. The eight-day break – the busiest-ever holiday season since the onset of the pandemic – is seen by many as a goodbye to the pandemic and the beginning of the new life. It is also worth noting that this year's National Day overlaps with the Mid-Autumn Festival – a traditional event for family reunions. In this context, it is no strange that many see the eight-day holiday as a Spring Festival season.

Western media outlets have also acknowledged China's anti-virus fight. The New York Times (NYT), for instance, called the Golden Week a "barometer of the country's economic health" and the tourism boom a sign of China's return to "near normalcy." The week-long holiday offers the "clearest measure yet of China's recovery from the pandemic as people squeeze into train cars, crowd into ancient temples, and do everything else that people in many other countries can still only dream of," the NYT said. And CNN believed China's hustle and bustle is a "show of confidence."

China's rapid recovery from the pandemic is inspiring. But many countries are still struggling with the COVID-19. As a recovery is anticipated across the world, China leads in this regard. To fight against the global "enemy" requires global efforts. We all need to understand this reality before celebrating the new life ahead.