OPINIONS The COVID-19 crisis has exposed the UK government

The COVID-19 crisis has exposed the UK government 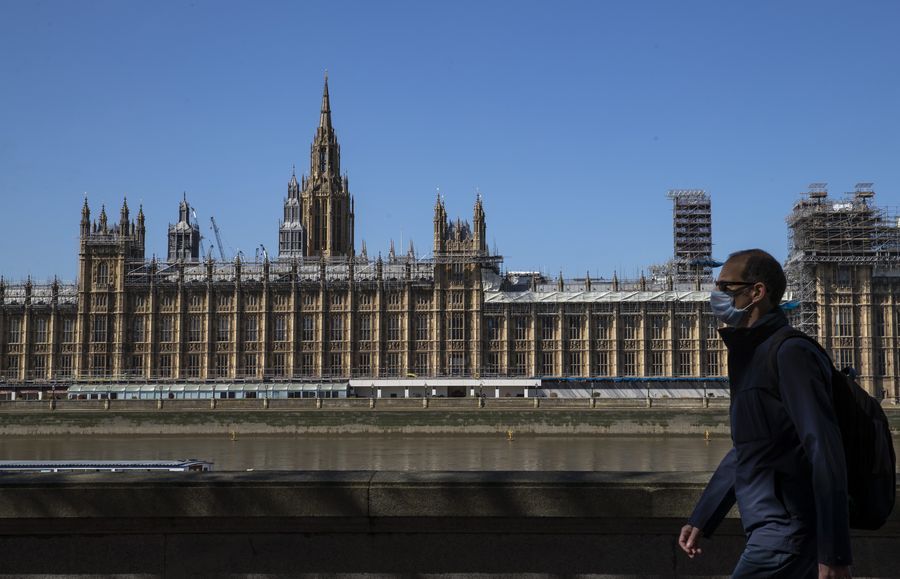 A man walks past the Houses of Parliament in London, Britain, on April 14, 2020. [Photo/Xinhua]

The COVID-19 crisis has disrupted every aspect of social, public and political life in Britain on a scale not experienced since the Second World War. The pandemic has dominated not only politics and media coverage, but also people's everyday movements, activities and personal conversations.

The impact of the coronavirus and the measures taken to combat it have overshadowed everything. The vast majority of people have accepted and abided by the official restrictions. For more than three months, almost all "non-essential" economic activity has been halted unless it can be carried out from people's homes in physical isolation. The production and distribution of essential goods and services has been permitted, but only under strict public health conditions.

But now the economic impact of these measures threatens to plunge millions of people into unemployment, poverty and home insecurity. More than half a million workers have disappeared from company payrolls, while the government's employment retention scheme (ERS) is subsidizing the wages of 9 million more. The number of households now receiving in-work or unemployment benefits has more than doubled to almost 3 million.

Despite the policies to assist private sector enterprises, there have been big lay-offs of workers at Rolls Royce and British Airways, with others expected in the motor, construction, retail and hospitality sectors.

The central government has come under increasing pressure from business and workers to ease restrictions on workplace shut-downs and extend the re-opening of schools to children of non-essential workers.

The trade unions, on the other hand, have expressed their opposition to any return to work where strict anti-contagion measures are not in place. Pressure from teachers' unions and local education authorities has forced a partial retreat from school re-opening plans in England, while the SNP government in Scotland and the Labour government in Wales are delaying phased school returns for longer.

In numerous workplaces, employees have either walked out or refused to go back in until proper anti-contagion measures are in operation. One silver-lining of the recent crisis has been an upsurge in trade union recruitment over recent months, with workers seeking advice and protection as bosses try to cut wage bills, increase workloads and enforce unsafe working conditions.

Normally, this would consolidate the upward trend in trade union membership since 2016 in Britain where one-quarter of workers are unionized. But it might be more than offset by the coming economic recession. The British economy is estimated to shrink by somewhere between 6.5% (the IMF) and 13% (the Office for Budget Responsibility) this year, instead of the pre-COVID forecast of 1% growth.

Whether this economic crisis will help produce or intensify a political crisis revolves around three axes: Firstly, how parties approach the economy, including employment, public finances and public services; secondly, their responses to the COVID-19 crisis; and thirdly, their position on Britain's future relations internationally, not least with the EU. 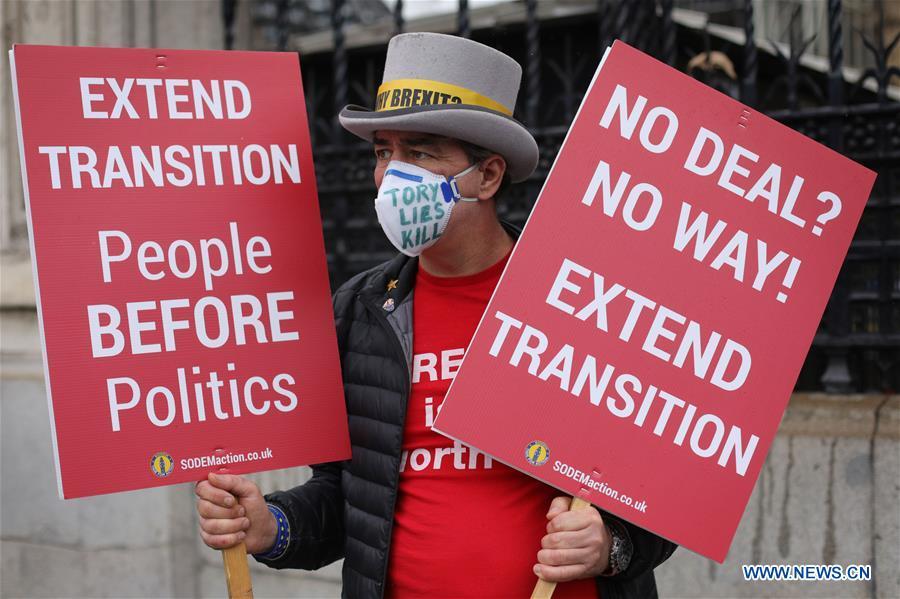 A demonstrator holds placards demanding extension of Brexit transition period outside the Houses of Parliament in London, Britain, on June 10, 2020. [Photo/Xinhua]

Since then, the prime minister and his government have climbed to a peak of popular support in the first two months of the COVID lockdown – an expression of the popular desire for national and social unity. However, confidence in Johnson and his administration has fallen since mid-May. People's voting intentions between Tory and Labour have narrowed from, approximately, 50:30 to 45:37.

This reflects growing concern about Britain's economic prospects. This concern may recede as the economy begins to recover, but then the question will arise: Who will pay for the second major bail-out of British business in little more than a decade?

So far, Boris Johnson's government has pledged to make available at least an extra £470 billion – more than half the intended state budget and more than a quarter of Britain's annual GDP – to support business, jobs and public services.

This means that total state borrowing this year will rocket to around 14% of GDP – five times last year's level.

The bail-out of the financial sector after 2008 was financed by tax rises and cuts in public services and welfare benefits, hitting all but a wealthy minority of the population. Growing awareness of that unfair distribution of the burden enabled Labour to make substantial gains in the 2015 and 2017 General Elections – only to blow it all by trying to sabotage Brexit.

But if the Tory government tries to inflict a similar one-sided austerity policy so soon again, a wave of popular protest could force a fresh political crisis and even an early General Election. 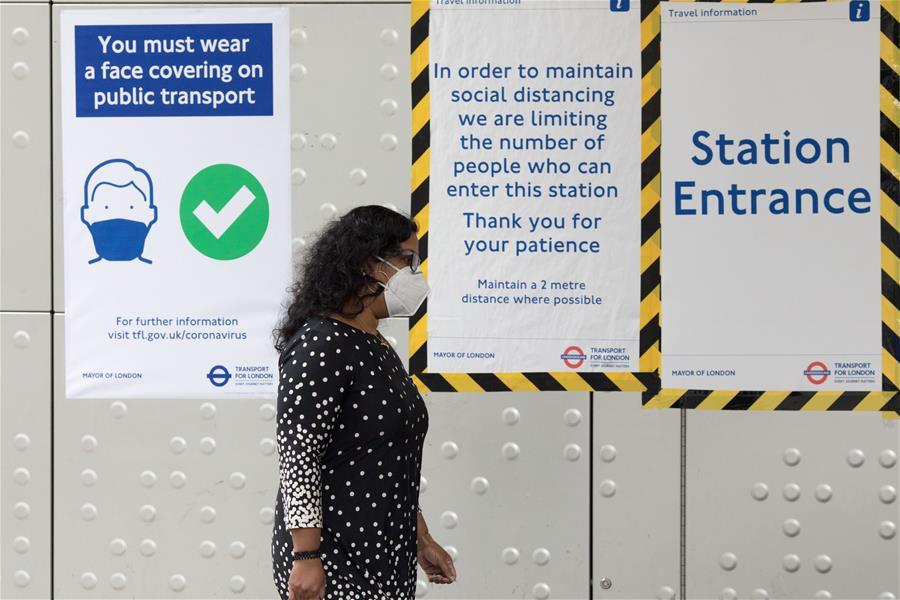 A woman wearing a face mask walks into a subway station in London, Britain, on June 15, 2020. [Photo/Xinhua]

Then there is the rising public dissatisfaction with the Johnson government's response to the pandemic. People are increasingly aware that Britain's rates of mortality and fatality are the second and fourth highest in the world, contrary to all the deceptive reassurances of the government at daily media conferences.

Many people now believe that the government should have imposed the lockdown and drastic restrictions on inward foreign travel much earlier than March 23 and June 8, respectively. Only now are comprehensive testing and tracking systems being rolled out.

People blame past and present Tory governments for the serious shortages of personal protective equipment (PPE), ventilators, intensive care unit (ICU) beds, testing kits and trained specialist staff in many hospitals and care homes for the elderly for the first six weeks of the crisis.

Although less well known, some of these deficiencies had already been exposed by "Exercise Cygnus" in October 2016. This was dry-run for how the NHS and central and local government departments would cope with a severe respiratory epidemic across Britain. It revealed a catastrophic shortage of PPE and ICU beds.

But instead of stepping up investment in these and other necessities, the Tory government suppressed the report and carried on cutting Britain's capacity to deal with major civil emergencies.

The coronavirus death toll in care homes for the elderly has been particularly shocking. Early on, staff – most without PPE – warned that vulnerable residents were falling ill and dying on a significant scale. Yet the NHS transferred 25,000 patients to those homes even after mid-March. By early June, care homes accounted for more than 16,000 of the U.K.'s 52,000 COVID deaths.

There will be a reckoning of the major pandemic failures in Britain. The Labour Party fought the 2019 General Election with comprehensive policies for full employment, industrial regeneration, NHS investment, elderly care, progressive taxation and workers' rights.

But these were overshadowed by its disastrous pro-EU stance. Today and tomorrow, as Britain re-enters a period of political and economic crises, Labour may have fresh opportunities to win public trust and confidence.

Will Keir Starmer's new leadership fashion a post-Brexit strategy for Britain which challenges austerity, privatization and domination by capitalist market forces? Or will Starmer fight to maintain British alignment with the neoliberal economic and financial rules of the European Single Market?

Robert Griffiths is a former Senior Lecturer in Political Economy and History at the University of Wales and currently the General Secretary of the Communist Party of Britain.