OPINIONS The critical role of wetlands in saving the planet

The critical role of wetlands in saving the planet 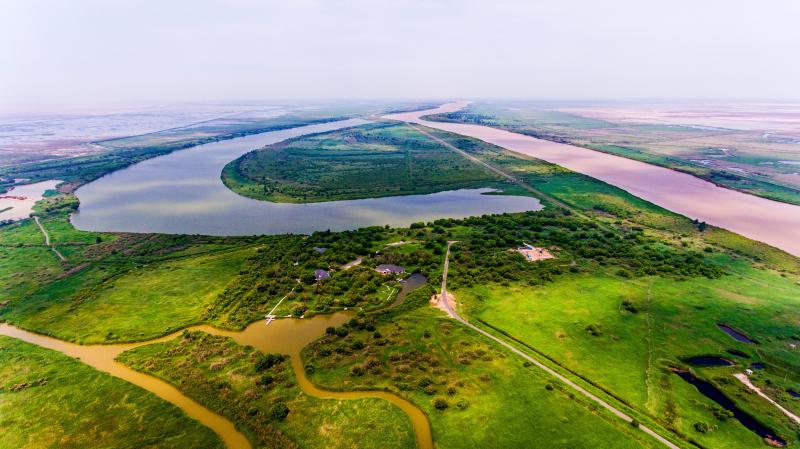 China's National Forestry and Grassland Administration announced on June 27 that the 14th meeting of the Conference of the Contracting Parties (COP14) to the Ramsar Convention on Wetlands would be held in Wuhan, the capital city of central China's Hubei province, in 2021.

The Ramsar Convention is a bilateral treaty of 170 nations providing a structural framework for the preservation and sustainable use of wetlands and their resources. The convention was initially ratified in the Iranian city of Ramsar in 1971 in order to increase awareness of the significance of wetlands in the planet's ecosystem.

Since then, it has been holding a gathering every three years to monitor the tasks carried out by the convention and to enhance the capabilities of the various signatory parties to achieve their targets.

Under the Ramsar Convention, wetlands account for approximately 6% of the total land surface area and play a significant role in the world economy as an abundant source of water supply, fisheries, agriculture, forestry, and tourism. They also directly or indirectly serve the freshwater needs of the global population.

Additionally, more than a billion people rely on them for a living and 40% of the world's species live and breed in wetlands. Moreover, they are a vital source for food, hydropower and also help in mitigating floods, protecting coastlines, boosting tourism, etc.

In order to understand the impact of shrinking wetlands on the ecological system, here are some worrying statistics. According to a report released by the Ramsar Convention earlier last year entitled "Global Wetland Outlook," almost 87% have disappeared since 1700.

The annual rate of this loss has gained further momentum in this century, and the planet has been losing its wetlands three times faster than the rate of decline of any other natural habitat such as forest.

As a result, the number of plants and animal species dependent on these wetlands for their survival have also been shrinking at an alarming rate. Almost 81% of the inland wetland species and 36% of the coastal and marine species have witnessed serious decline since 1970.

The IUCN "Red List Index" (a crucial index to gauge the health of the planet's biodiversity) has also recognized the negative impact of rising sea temperatures and worsening water pollution on wetland mammals, birds, amphibians and corals, pushing them to the brink of extinction.

Notably, many researchers attribute the main cause for the deterioration of most of the ecological systems to mindless human activities. The U.N. says that, every year, almost 80% of the waste and untreated water is discharged into the wetlands, causing the death of aquatic animals and impeding vital food-chains.

Pollutants such as lead and cadmium are ingested by small animals, who are then swallowed by larger animals and so on up the chain. This results in disruptions of ecological balance.

Additionally, the increasing use of fertilizers in order to get high yields in agriculture is further exacerbating the problem. The U.N. report shows that the use of fertilizers in 2018 was 25% higher than a decade earlier. This phenomenon is promoting unrestrained plant growth in the wetlands depleting the oxygen level, thus impacting adversely on both flora and fauna.

Other factors such as massive population surge, increased urbanization, climate change, construction of dams, etc. also contribute to this decline in wetlands.

As with the rest of the world, China has suffered the loss of its wetlands as a result of its swelling urbanization. However, since 1970, it has been promoting its own campaign to preserve its wetlands. China is home to the world's fourth-largest wetland surface area (69.48 million hectares) after Russia, Canada, and the U.S.

Additionally, China has almost 10% of all plant species and 14% of all animals on Earth, most of which live in these wetlands. In order to protect a thriving ecosystem, China created its first wetland nature reserve in the 1970s, and there are now 263 of these.

Moreover, China signed up to the International Convention on Wetlands on July 31, 1992, and currently has 57 sites designated as Wetlands of International Importance (Ramsar Sites). In October 2000, the Ministry of Forestry formulated a National Wetland Conservation Action Plan for China, under which the country is aiming to establish 713 wetland reserves by 2030.

According to Martha Rojas Urrego, secretary general of Ramsar Convention, "Without wetlands, the global agenda on sustainable development will not be achieved. We need urgent collective action to reverse trends of wetland loss and degradation, and secure both the future of wetlands and our own at the same time."