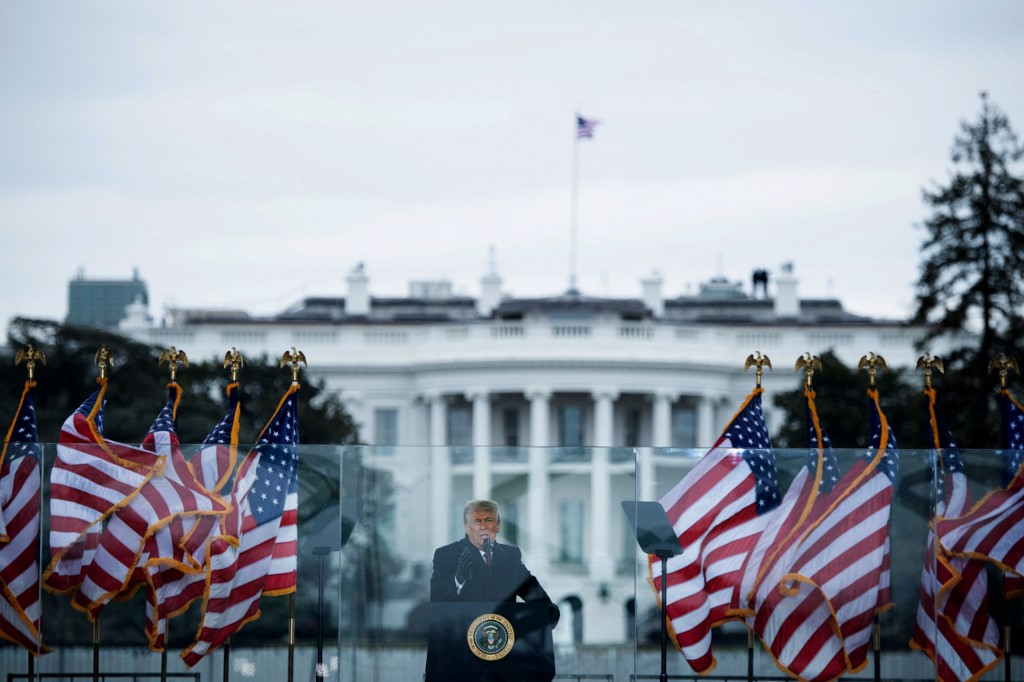 In this file photo US President Donald Trump speaks to supporters from The Ellipse near the White House on January 6, 2021, in Washington, DC. (Photo: AFP)

BEIJING, Jan. 12 (Xinhua) -- For the past few years, a handful of American politicians have built up their political capital by manipulating and stoking divisions at home, and fanning hostilities overseas.

Their crazy obsession with confrontation helped nurture a Frankenstein's monster whose seething rage finally led to a deadly siege of the U.S. Capitol and still-festering political turmoil in the waning days of the current U.S. administration.

For the ruling elites in Washington, there are many lessons to be drawn. But the most important is that their self-serving practice of instigating mayhem and conflicts threatens peace and stability both at home and across the globe.

The storming of the Capitol building was the culmination of years-long extreme partisanship in U.S. politics. Instead of striving for social consensus and expanding common ground, those politicians have chosen to govern by demonizing their political opponents. 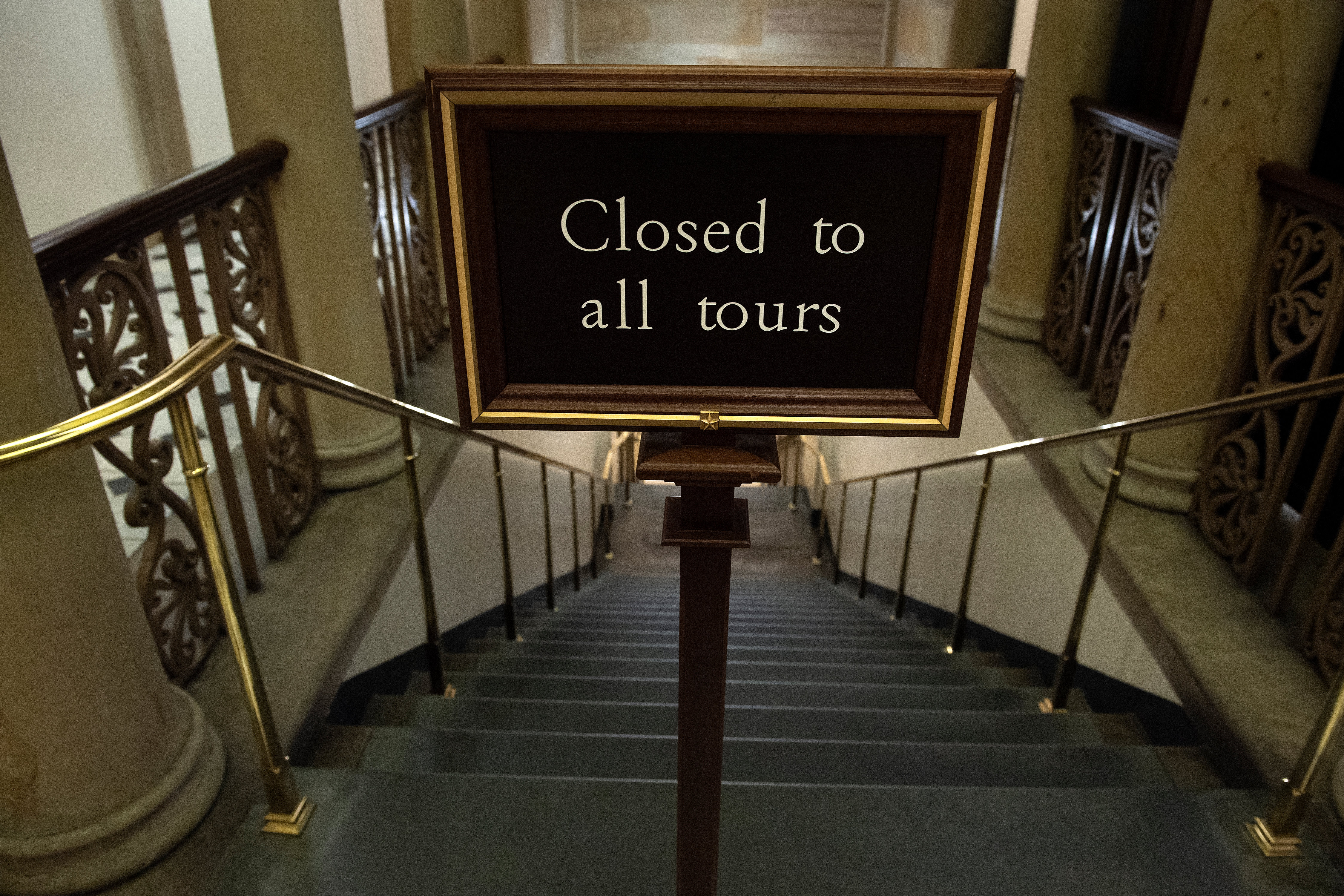 A view is seen of one of the breached entrances to the US Capitol building after last week's takeover by a pro-Trump mob on January 11, 2021, in Washington, DC. (Photo: AFP)

The results are dire. Polls conducted by the Pew Research Center and others in recent years have found that in addition to a widening gap in political views, an increasing number of Republicans and Democrats see the other side as "immoral" or "unpatriotic."

As political animosity intensifies both ways, the violence at the Capitol last week should not come as a surprise. In fact, a study by U.S. media company Politico found last September that 44 percent of Republicans and 41 percent of Democrats believe there would be at least "a little" justification for violence if the other party's nominee wins the election. What a shame!

The siege of the Capitol has indicated an erosion of confidence in the U.S. political system. Although lawmakers from both parties rushed to pin the blame on the outgoing administration, they share the blame as their bitter partisanship and brinkmanship have turned Congress into "a dysfunctional institution unable to meet the critical needs of our country," as described by a recent report produced by former members of the U.S. legislature.

When it comes to foreign affairs, those U.S. political opportunists have unscrupulously brandished the banner of "America First" and resorted to such belligerent approaches as punitive tariffs and arbitrary sanctions as legitimate diplomatic means.

During the past four years, China hawks in Washington, whose mindsets have been fossilized by obsolete Cold War thinking and ideological bigotry, have spared no effort in stigmatizing and smearing China, which reached a climax during the raging pandemic.

In their latest tactic to hype up the so-called "red scare" in the United States and across the world, the U.S. State Department recently released a shoddily-written article that smeared the Communist Party of China as "threatening global peace and security."

What's more, in its remaining days in office, the current administration's bellicosity has run unimaginably high. It has moved to lift restrictions on official contacts with China's Taiwan region, and rebranded Cuba as a "state sponsor of terrorism."

In all of their desperation to leave their mark on history, those politicians will only make a reputation for themselves as a bunch of political arsonists. And just like Frankenstein and his monster, their sad legacies will only be infamy, death and ruin.