OPINIONS The drift in Turkey-US relations is likely to continue

The drift in Turkey-US relations is likely to continue 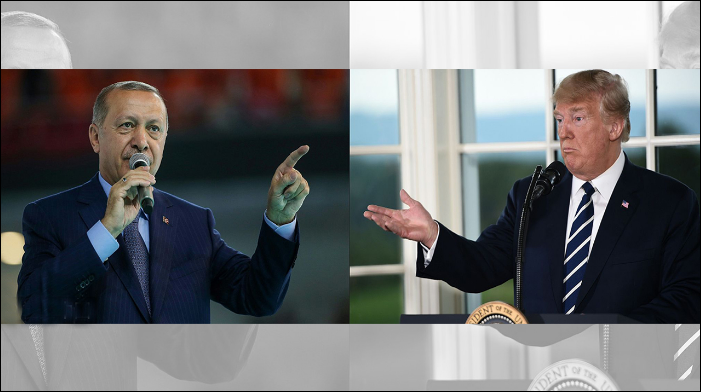 Relations between Turkey and America are getting worse by the day. The latest deterioration comes amidst US threats to impose new sanctions against Turkey, if the latter goes ahead with the purchase of S-400 anti-aircraft and anti-missile systems from Russia.

This threat comes after recent US sanctions against two senior Turkish officials as well as the imposition of new tariffs on the export of steel and aluminum from Turkey to the US.

In terms of evaluating this situation from a micro point of view, we first have to ask the question: is America right to be concerned about Turkish plans to purchase the S-400 system? Absolutely. The first reason is that Russian company which manufactures them is on a US sanctions list.

Turkey is a NATO ally of the US. The Americans expect their allies at the very least not to purchase weapons from a company whom they have sanctioned. More importantly, the US plans to sell F-35 stealth aircraft to Turkey, and the Russian S-400 is its serious nemesis.

The US intelligence agencies have invested millions in protecting the details of this aircraft from a host of hostile countries, especially Russia. The last thing they would want is to sell them to Turks or any other country, if there are S-400 systems based in the same country.

The information which the Russians could potentially glean from this top secret aircraft through the S-400 system could be an intelligence goldmine for them and a major loss for the Americans.

The next important question: why are so many disputes happening between these two major allies lately?

Close observation of US – Turkey relations under Erdogan – shows that it has been Turkey under his rule which has slowly been changing its attitude towards bilateral relations with the US, more than the Americans.

President Erdogan is an Islamic nationalist. He is and has been pushing Turkey as a regional power by focusing on its Turkish and Islamic character. The latter especially has played an important part in the way he sees Turkey under his rule.

This is why in recent years Turkey’s Islamic Ottoman past has been increasingly glorified. By focusing on Turkey’s Islamic character while attacking the US, Erdogan is exploiting the fact that taking an anti-US position wins points and popularity among many Muslims, outside and even inside of Turkey.

There is also the way Turkey perceives itself under Erdogan. One self-held perception is that of an important regional player, which also has expectations from the US as a NATO ally.

If the US expects Turkey not to cooperate with Russian companies, why has the US been cooperating with organizations such as the Kurdish YPG group in Syria whom Ankara views as its enemy, the Turks claim.

Undoubtedly, the election of Donald Trump has contributed to the worsening of the situation in the short term at least, as he, much like Erdogan sees himself as a tough negotiator who is not afraid to walk away from a deal if it doesn’t serve his interest.

That’s a golden rule if you want to survive the tough New York Real Estate market where he worked before entering the White House.

Trump also knows that by playing tough with Erdogan especially when it comes to his demand for the release of US pastor Andrew Brunson, he stands to win the support of US evangelicals, which form the second biggest religion in the US, and their own super powerful lobbyists.

This will be complicated matters for the US who will need cooperation from Turkey to find a solution for Syria. The deterioration in relations will also hurt Turkish interests, as much of the armament for the Turkish army and air force is supplied by the US, while its economy has important trade and technology links with the US.

The Russians cannot provide a substitute in these areas for Turkey, neither in short or even the long term. But none of these factors are likely to stop the current rift between the two countries.