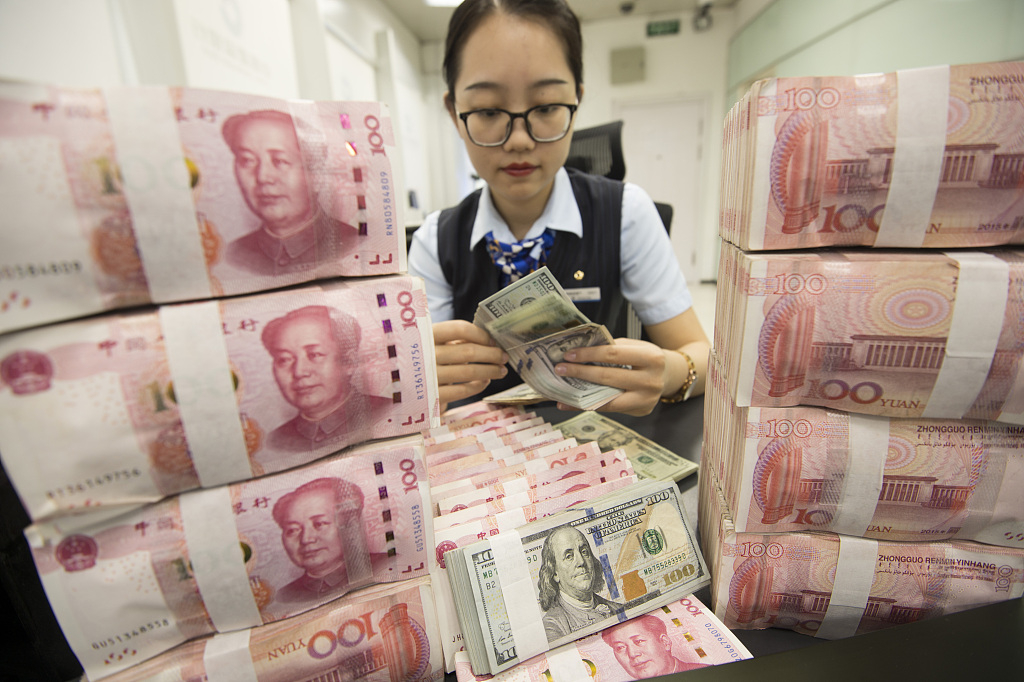 Editor's note: James DeShaw Rae is a professor from California State University Sacramento. He was also a Fulbright Scholar at Beijing Foreign Studies University from 2017 to 2018.

Despite an anticipated thaw in negotiations, on August 1, US President Donald Trump surprisingly announced a new round of tariffs at a rate of 10 percent on a further $300 billion worth of goods made in China to commence on September 1. Days later, Chinese currency the yuan slid below seven per US dollar, a threshold not passed in over a decade. The People's Bank of China (PBOC) explained the depreciation as a response to the “unilateralism and trade protectionism measures and the imposition of increased tariffs on China.”

On August 5, the United States Treasury Department labeled China a "currency manipulator," a threat held in abeyance for years but unleashed within the context of a spiraling trade war. The move was clearly an emotive response to the decline of the Chinese yuan below the symbolic line of seven to a dollar and did not follow the biannual timeline of the Treasury Department's review of every country’s currency policies. Such a designation then creates procedures to be followed, including dialogue with the International Monetary Fund (IMF) regarding remedies.

Coincidentally, the IMF has on August 9 released its staff report on China, encouraging China to “allow a continued transition to a floating exchange rate.” When asked to address the specific question of currency manipulation, James Daniel, director of the IMF's China department, was quoted in New Yorkmagazine as considering the exchange rate in 2018 to be “not significantly over-valued or under-valued.”

What to make of all this? One issue is the fair value of a particular exchange rate among global currencies. Too many factors impact the daily exchange rate of currencies in a floating system, from more objective factors like national monetary policy, growth forecasts, trade policy and the like to the role of speculators who bet on futures. Although China’s currency is managed by PBOC using a partial market mechanism that allows a small band of fluctuation in relation to a basket of currencies, observers and analysts would be hard pressed to identify the appropriate price at a given moment. Some believe that the yuan is undervalued, providing an unfair advantage to domestic exporters, others believe it is overvalued, holding out against the slowing economy and effects of the trade war.

Once the peg to the dollar ended in 2005, the yuan gradually appreciated to a peak of nearly 6 yuan per US dollar in 2014 and was accepted to be fairly valued in the latter stages of the Obama administration. With the rise of the US-initiated trade war, the yuan has reversed its appreciation fairly dramatically; partially owing to the weakening of the Chinese economy, and partially to offset the increased costs of importing to the United States owing to Trump’s tariff policy. One cannot independently assume what the proper exchange rate should be, particularly as the US dollar has been very strong of late, appreciating its worth vis-à-vis global currencies more broadly.

The second issue is the political, diplomatic and economic impact of this latest series of escalations in the burgeoning trade war. The United States has not labeled China a currency manipulator since the period from 1992-1994, a relative low point in the bilateral relationship generally. American presidential candidates from both parties have made such threats before, but none have followed through, fearful of jeopardizing the singularly important economic interdependence between the world’s two largest economies. Many feared such a label – by Republican presidential nominee Mitt Romney in 2012 for instance – would precipitate an unwanted trade war and avoided the term.

Well, President Trump already started a trade war, and the currency manipulator label in the end is just throwing more fuel to the fire – one more step that will be increasingly hard to walk back. The decision was arbitrary and harmful and appears to have had the reverse effect of the American intention.

The Trump administration operates from an assumption that threats and coercion will compel Beijing to grant further concessions. This was wrong-headed from the start and has now placed the United States in the unenviable position of an ever-narrower corridor of policy options: turn tail and appear weak and uncommitted, persevere and find further reciprocal or retaliatory measures. That is why past American administrations were far more prudent, encouraging China to reform its economy gradually under international standards and employing multilateral frameworks to facilitate that process.

As the IMF report explained, China’s reforms have progressed in several key areas: “The strengthening of financial regulations and control over off-budget local government investment has reduced the pace of debt accumulation, helping contain the build-up of risks in the financial sector. Opening up continued, with decreases in tariffs, passage of a new foreign investment law, and revisions to the negative list for foreign investment entry.”

Essentially the unwillingness of the IMF to endorse the currency manipulator label shows the lack of support the Trump administration currently engenders in global circles of power, and the recognition that his policies designed to undermine global free trade and multilateralism are creating chaos and will not gain the benefit of the doubt.