OPINIONS The future of China-Brazil relations in a Bolsonaro administration

The future of China-Brazil relations in a Bolsonaro administration

Jair Messias Bolsonaro’s victory in the October 28th elections has raised concerns and speculations about the nature and traits of this future government. This is also the case when it comes to international matters, and in particular in the case of China-Brazil relations. However, although legitimate, the concerns raised by media, entrepreneurs, investors and some scholars are not entirely justified. Just the opposite, China-Brazil relations are now and will likely continue to be promising. 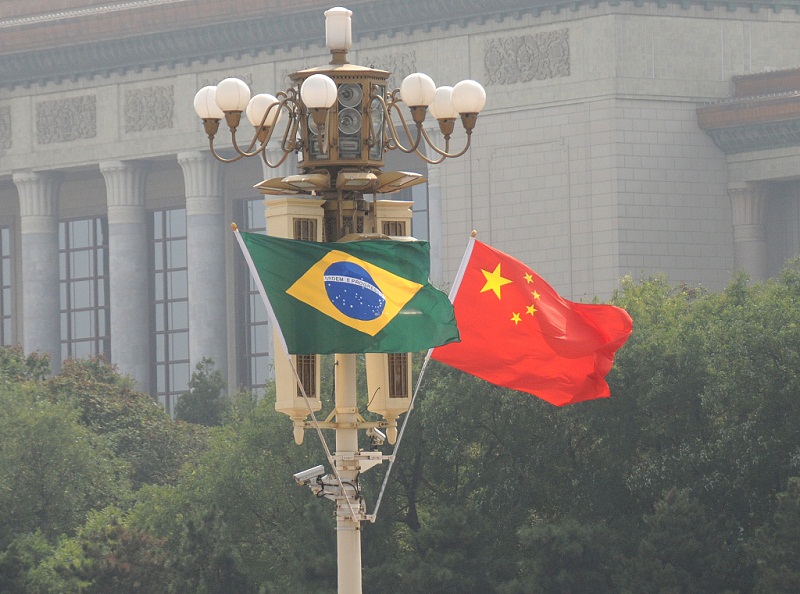 The first positive trait is the robustness of these relations. Since established in August 1974, China-Brazil relations have only deepened through time and adversities, regardless of the form of government or the internal junctures of each nation. By the way, the principle of non-interference in third parties’ internal affairs is one of the common principles guiding both Brazil and China. Secondly, sincerity, mutual respect and the search for convergence are the basis sustaining China-Brazil relations. In almost 45 years of friendly relations these principles have served as a solid foundation for continuous exchange. This historical legacy of this relationship is by and large positive, and this was built with effort and much care.

For this reason, even when we look and see some turbulence and noise, we must be mindful of this long legacy. The solidity of these relations is not seating on the passing numbers of our trade balance, in the buying and selling of commodities, or in the voluptuous and needed foreign investment. Put in another way, the importance of the relations between China and Brazil did not come about with our current commercial numbers. The strength of this relationship resides – since its genesis – in its carefully constructed principles. These paved the way for such robust economic relations in our times. Those principles are the ones that must prevail in this new phase when Brazil is governed by Jair Bolsonaro, and China by Xi Jinping.

However, the uneasiness raised by investors and fellow colleagues is comprehensible. These are legitimate and were evoked mostly because of a visit of the then congressman Bolsonaro to Taipei in February 2018. Also, during the electoral process, the same Jair Bolsonaro affirmed that “China was not buying in Brazil, but is buying Brazil itself”. On these matters, Professor Severino Cabral from the Superior War College highlights that “the fact a candidate said something that was a bit odd comes with the campaign, and should be thus understood”. Since “one thing is to be president, a statesman, and another is the day-to-day of ideological positioning” (Statements to the Lusa News Agency, published on 24/10/2018).

To people not familiar to the environment of political disputes in Brazil, it might be a bit hard to distinguish a candidate’s behaviour during the campaign, and his posterior actions as president. It is important to understand that this is unexceptional behaviour in Brazilian political culture. During the exercise of power, institutional settings, common sense and strategic interests tend to prevail.

A third consideration are the general lines of a new foreign police signalled by the government-elect. There should not be doubt that some things will change, but these could be actually beneficial for the specific framework of China-Brazil relations. One is the role Brazil will attribute to Mercosur. Another is the matter of relations with neighbouring countries when it comes to the intensification of combating arms and drug trafficking. Another matter is the pragmatism advanced by the president-elect. He claims that his government foreign policy will not be guided by an “ideological bias”. This last point is, in my understanding, quite convergent with the current line of action adopted by China.

President Xi Jinping has frequently advanced the necessity for a friendly and honest dialogue among civilizations, where differences are to be respected and celebrated. He has also steered China to follow a dialogue-centred model of international relations, guided by cooperation and the search for mutual benefits. Of course, it comes to each and every country to sovereignly decide what it considers to be in line with its interests.

It should also be highlighted that, in 2012, China-Brazil relations was raised to the level of “Comprehensive Strategic Partnership”. Further, it is important to notice that this partnership transcends the bilateral spheres, involving other levels of concertation in the global scenario like the G20, the World Trade Organization and the BRICS.

Finally, more than mere word-play, it is necessary to keep in mind the information brought to us by our historical reality, and by the multiple interests in play. In this sense, I do not believe in the rise of confrontations or big ruptures that would change the profitable path so far trailed by this relation. Some tensions should be seen as normal given the diversity of interests and the complexity of our current world.

As a conclusion, I will transcribe here a thought advanced in May 1984 by then Brazilian president General João Baptista Figueiredo. This was conveyed in the Great Hall of the People in Beijing with the presence of then Chinese president Li Xiannian. Figueiredo, who was the first Brazilian president to visit China appropriately put: “The main question today for our relationship is, without a doubt, to know what countries like Brazil and China can do to strengthen our current ties. I believe the answer to this question is not theoretical or rhetorical. It is practical, concrete and fundamentally constructive”.

This is a very current statement and it serves for us to think about the future of this new era of China-Brazil relations.

Although our own challenges and internal difficulties are also extremely present and pressing, these should be dealt with by us and among ourselves.

José Medeiros da Silva has a PhD in Political Science by the University of São Paulo and is currently a Professor at Zhejiang International Studies University in Zhejiang, China.