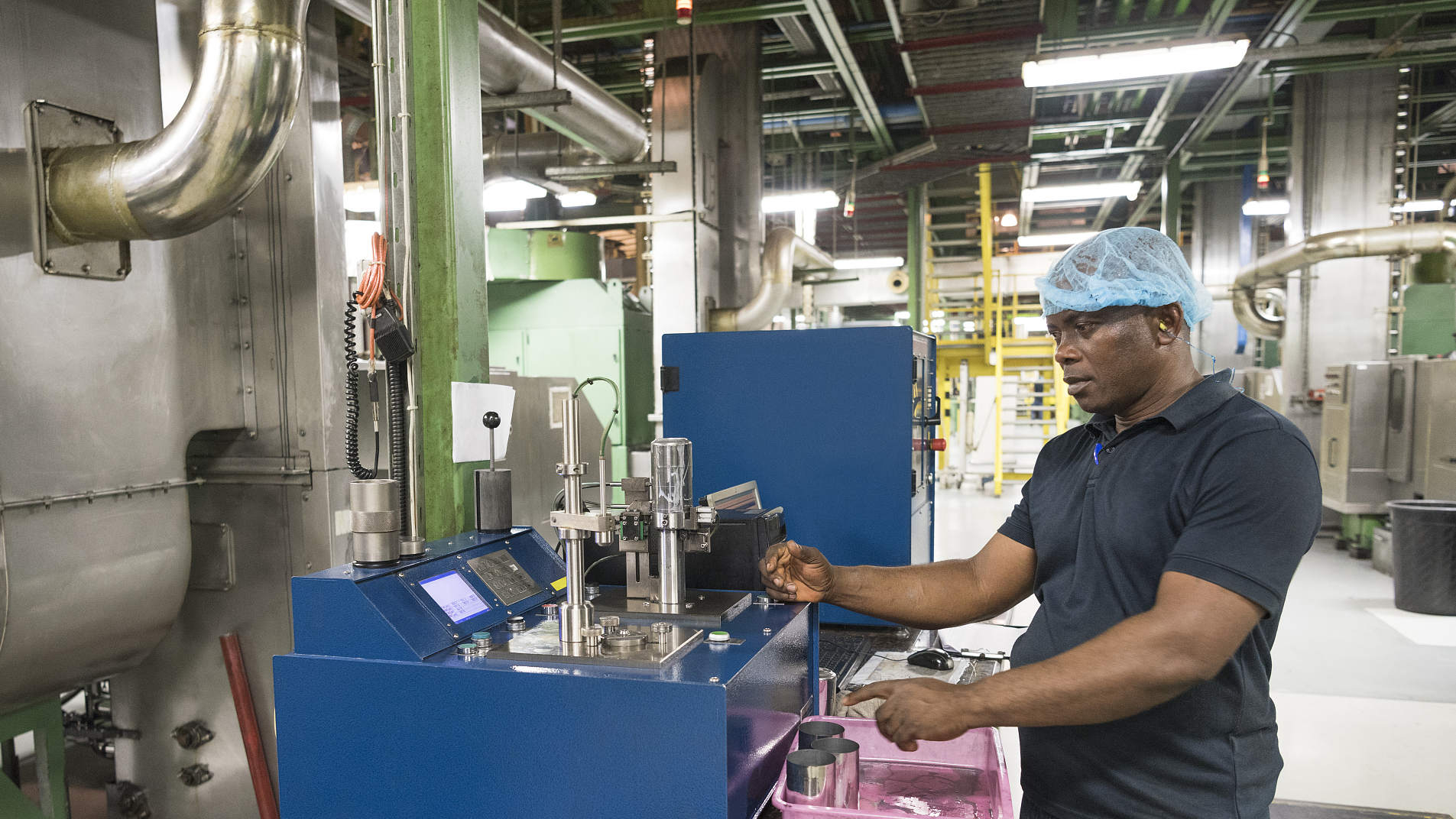 With no political strings attached, China pledges 60 billion US dollars to African development at the 2018 Summit of the Forum on China-Africa Cooperation.

“China is not there to plunder the resources from the African continent," said South African President Cyril Ramaphosa. “China is a partner who wants to assist with the industrialization of Africa.”

Such views are echoed strongly among scholars on African study. David Owiro, an economist and public policy analyst, pointed out the essential difference between financial supports from western institutes and those from China.

“The cooperation enables African countries to be less dependent on Western institutions like IMF and World Bank that offer conditional aids with focuses around governance and soft issues,” said David. “In this context, the non-interference strategy from China is much welcomed.”

There are also skeptic voices coming from within and without China, given the fact that it has invested an amount of some 87 billion US dollars in the continent, and has yet to receive most of its returns.

Chen Chenchen, deputy dean of the Department of Macroeconomics at Renmin University, tackled the concern with solid research data.

“Africa is hope,” she said during a recent interview. “Since the recovery of the 2008 global economic crisis, African countries are the best performers in the emerging world with great growth potential.”

For China, a deeper economic tie with Africa is a win-win strategy. As the trade dispute with the US remained unsolved and the domestic industrial transformation riding at high speed, a sustainable trade relationship with Africa is within the long-term interest of China.

Africa, on the other hand, needs to build up its infrastructure facilities and its own manufacturing capacity, which are two widely acknowledged assets of China.

“China is moving away from a low and medium manufacturer to a high tech manufacturer,” said David. “If Africa can build its managerial skills and capacity along with China’s export of labor-intensive manufacturing industry, the potential to grow is huge.”

That vision is even more convincing when it complies with China’s signature Belt-and-Road Initiative.

Sourabh Gupta, a senior fellow with the Institute for China-America Studies, said that China is a “middle-income country with first-world infrastructure capability ready to export”. Those infrastructure facilities will assist in Africa’s rise in the world, just as they did to China’s successful rise.

This framework has won applause as well as triggered worries of a “debt trap” constraining the future of Africa.

“The debt is under control for now,” she said. “However, there is a higher risk of seeing more bad debts in the future, which requires careful management from both sides.”

Witney Schneidman, a former deputy assistant US Secretary of State for African Affairs, acknowledged the steps that China is taking to internationalize its investment and bring in global competition.

“We see a shift from tied aids restricted to the use of Chinese companies to a 10 billion investment going into the global market,” said Witney. “That will help minimize concerns about debt, bring in competition in the infrastructure development process, and hedge against corruption."

The use of local labor and leadership has been another major issue in a deepening Sino-African relationship. Witney compared the development models between China and the US in Africa, saying that US companies tend to “hire and train locally,” while China’s companies preferred Chinese labors and leaders.

But things are changing rapidly. The cooperation between China and African countries has gone beyond manufacturing industry and reached areas like joint resources exploitation, shared emerging market experience and intellectual properties.

According to Chen, the flagship railroad project in Kenya linking Mombasa to Nairobi will be transferred to local people in just five years’ time.

“Local staff are being trained right now in Baoji, Shaanxi Province in China,” she said. “African leaders are putting their hands on the project.”