OPINIONS The Heat: Beyond just causing turbulence in the Middle East

The Heat: Beyond just causing turbulence in the Middle East 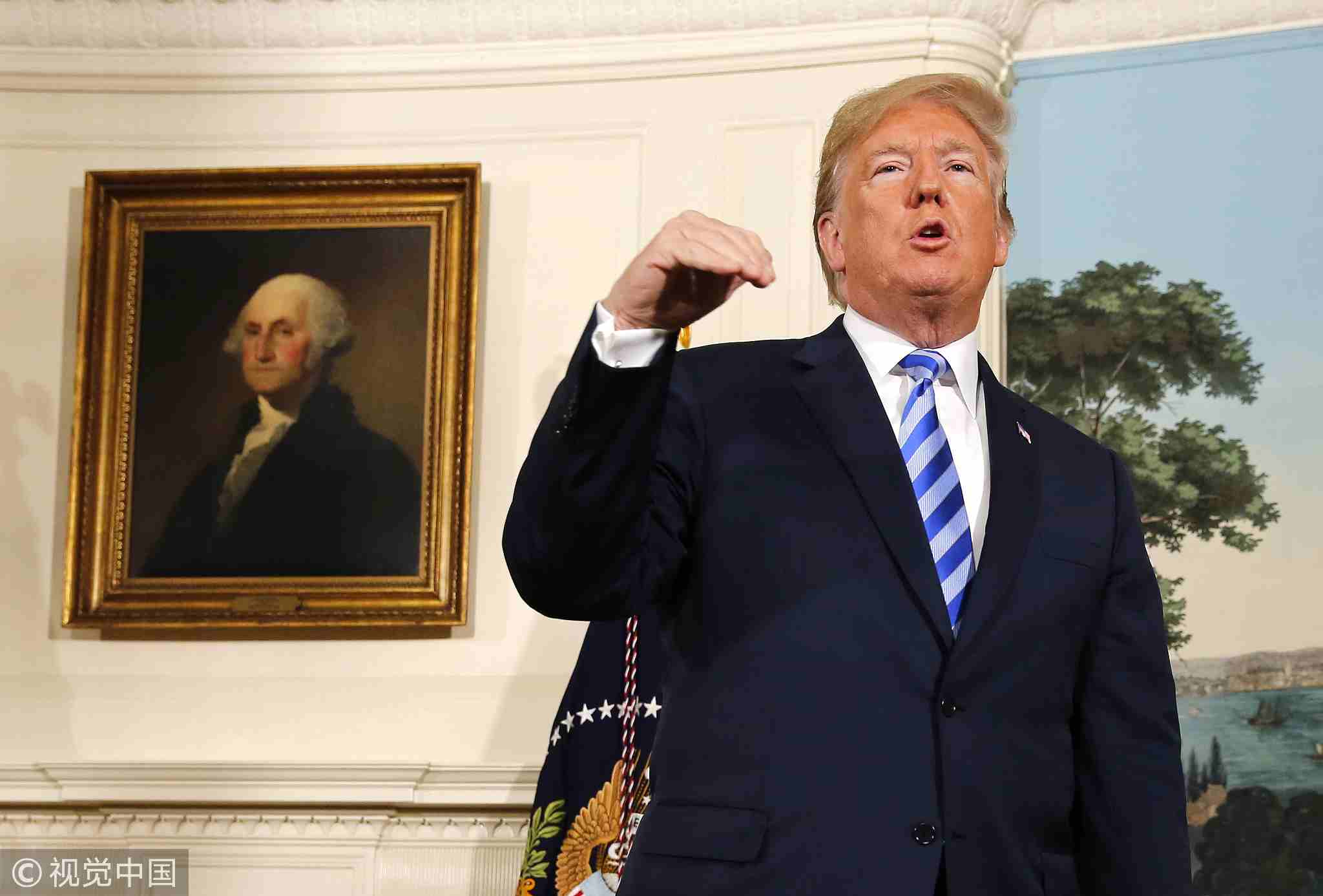 May 8, 2018: United States President Donald J. Trump makes a statement on the Joint Comprehensive Plan of Action regarding Iran in the Diplomatic Reception Room of the White House in Washington, D.C. (Photo: VCG)

For all the back and forth among multilateral negotiations since the US walked away from the Iran Nuclear Deal, experts doubted that the US is not actually concerned with the long-term security concerns of this largely insufficient deal as it has frequently claimed, instead by terminating the agreement, it is simply serving its own economic and security purposes.

Morgan Muchnick, a US Republican strategist, reiterated that the US has a legitimate security concern in pulling out of this “fundamentally flawed” deal.

Muchnick said that the wealth that Iran would be able to accumulate would enable it to resume its nuclear capability at even a faster pace.

“The deal allows basically Iran to freeze the progress they’ve made in development of nuclear offensive weapons, but also dramatically upping their ballistic missile capacity and R&D,” said Muchnick, after the deal expires on its own.

“Then all of a sudden now they jump back in, they ramp up and finish up their nuclear weapon capacity, and they have far better delivery mechanism, because, for the past ten years, they had flood of money coming in from the nuclear deal.”

However, Iran’s former ambassador to Germany Seyed Hossein Mousavian refuted Muchnick’s opinion by saying that President Donald Trump just wanted all the GCC, Gulf Cooperation Council that includes six Middle East countries like Iran and Saudi Arabia, to pay back the total of 7 trillion dollars America has spent in the Middle East, because according to Trump, “they don’t have anything other than money.”

“I think President Trump knows what he is doing,” Mousavian said. “He is using Iranian issue just as an instrument to milk the GCC countries to get some trillions dollars back, selling weapons and so and so.”

Mousavian also turned the fire back to America towards the accusation that Iran is a big support of terrorist groups by providing them with weapons and other activity resources.

“The biggest dilemma of terrorism today was the fact 100,000 terrorists from all over the world from Europe from the U.S., from Saudi Arabia, Yemen…Billions were provided to them and weapons,” Mousavian said.

“We all know countries provided money and weapon for ISIS to send hundreds thousands terrorist groups to Syria. Therefore, blaming Iran and the US accusation is totally baseless.”

Paul Hockenos, a journalist, focusing on European politics, said for the European Union, it’s more about security purposes of the US.

He said that although European countries have always stood by the United States as its long-time ally, this might become one of the cases which the European Union and the United States had a major division as the Vice President of EU Commission Federica Mogherini said in a press conference last week, “it is about a security interest for the EU.”

Hockenos listed a series of examples that the European Union did not join the actions of the United States.

Two of them are in 2003, many of the European countries didn’t support President George W. Bush’s idea of invading Iraq, giving the excuse that Saddam Hussein had weapons of massive destruction.

Hockenos also noted that some officials involved in those actions are also serving under the Trump administration such as National Security Advisor John Bolton and Secretary of State Mike Pompeo.

“I don’t think this is really a situation where the finances and the economics come first. We are in a very, very dangerous situation. I think the situation will be heading towards putting the region on a course of war,” he said.

“And it almost seems to me like the Trump government and Israel are spoiling for war, that’s what they want,” Hockenos added.