OPINIONS The Heat: Big challenges await the next president of Mexico

The Heat: Big challenges await the next president of Mexico 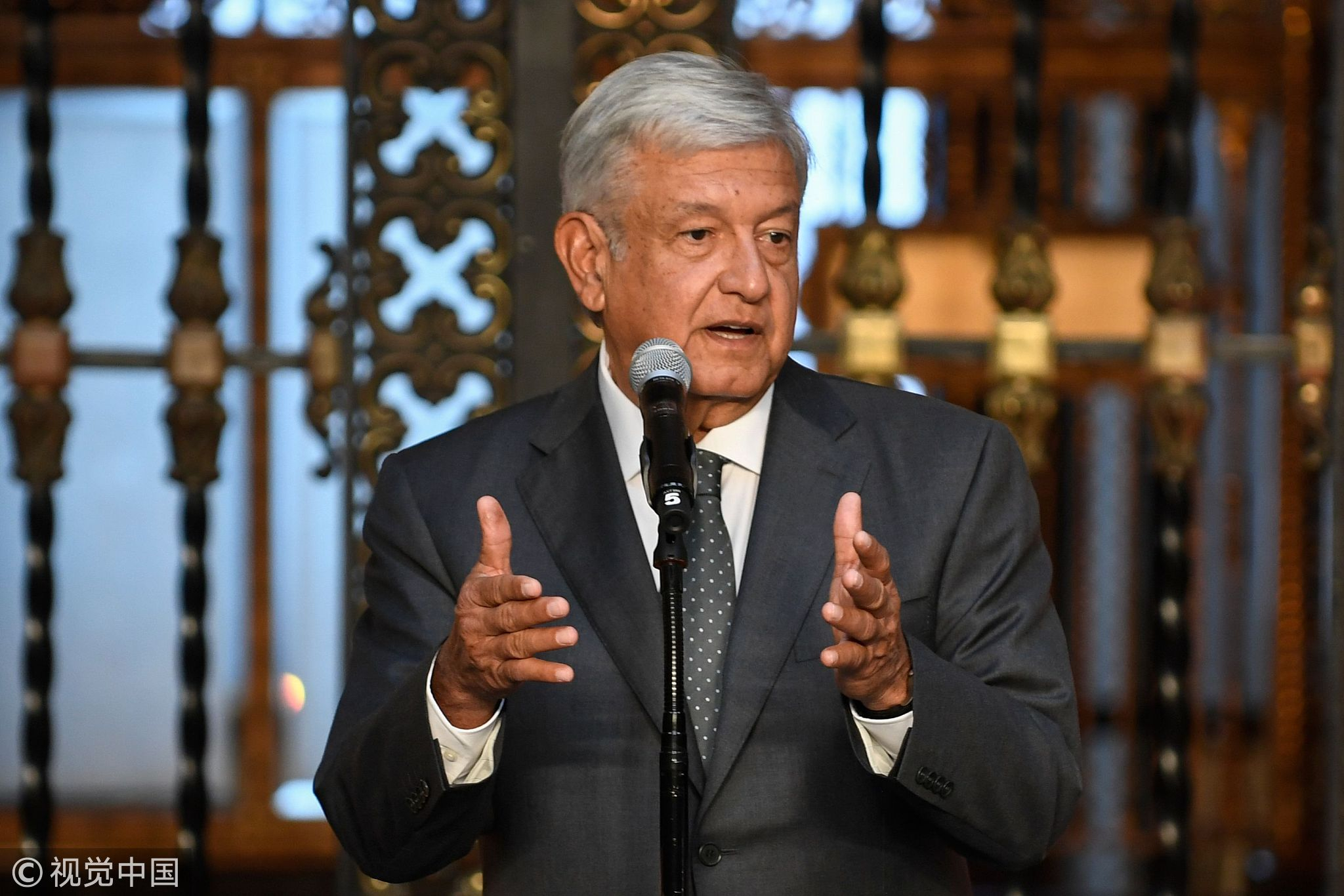 The former Mexico City mayor, Andrés Manuel López Obrador, won the biggest presidential election in the country’s history by a landslide, riding on a wave of public dissatisfaction with the government.

The Mexican economy has suffered from widespread corruption, slow growth and record violence, as inequality among citizens continues to rise.

Millions were seeking the most anti-establishment candidate they could possibly find, and Obrador ended up garnering 53 percent of the vote – more than double his nearest competitor.

This was Obrador’s third bid for presidency after falling twice before. Tony Payan, the director of the Mexico Center at Rice University, said that the National Action Party (PAN) and Institutional Revolutionary Party (PRI) have failed the Mexican people several times.

With ongoing domestic problems and pressure from the Trump administration, Obrador managed to read all the signals well, and successfully gained public attention.

Nathaniel Parish Flannery, a researcher focusing on Latin America, said that during the NAFTA era, Mexico was supposed to be fundamentally transformed from being a closed economy to a modern globalized society, but most people in Mexico failed to see the boom. Instead, what they have been constantly seeing is a scarcity of well-paying jobs, as well as security problems.

“This election is simply a sign that people have had enough and they are ready for a change, even if they are not quite sure exactly what that change will look like,” Flannery said. “It is also a sign that national politicians' rhetoric is finally catching up with reality that we see on the ground.”

The president-elect has vowed to tackle the country’s most dire challenges, saying that he is going to conduct a “fourth transformation” in modern Mexican history.

Supporters call him a "man of the people” who feels and understands what they have gone through in the last decade, but opponents view Obrador, the first truly left-leaning president since the 1940s, as “a dangerous populist,” likening him to Venezuelan strongman Hugo Chávez.

Obrador’s victory worried Manuel Suarez-Mier, a Latin America economist at American University. He believed that the new leader is planning to restore the old authoritarian regime of the PRI in the 1930s with the support of Congress, and what he has said during the election is just empty talk.

“Let’s not fool ourselves,” Mier said. “All of his campaign promises have been vague. He never said how he would do anything. The issue here is that add up all the promises he has made, and there’s no money to finance that.”

Eric Olson, the deputy director of the Latin American Program and senior advisor to the Mexico Institute at the Wilson Center, argued that the president-elect has given the public all the right signals, and at this point, he is doing everything he can possibly do.

Olson said that other parties should seek changes instead of giving the winner “bad names.”

“If the only response of the elite is to call Andrés Manuel a demagogue and not learn the lessons, then I think they themselves will be extinct before the next election comes around,” Olson said. “They have to start learning from their own mistakes.”

Looking forward, many challenges lie ahead for the new leader of Mexico. His presidency adds uncertainty to the NAFTA talks, and at the same time, Mexicans are counting on him to turn around the situations within the country as well.

For example, more than 50 million of the country’s 128 million people are living below the poverty line while 1 percent of the population holds one third of the wealth.

Inequality is one of the new president’s big priorities, and yet Obrador has not put any concrete proposals on the table to fix the problem.

“The solution of inequality is hard to find,” Flannery said. “Obviously one of the easiest ways is to promote robust economic growth, and to solidify and create a real middle class in Mexico. AMLO faces a lot of challenges. He has promised a lot and he’s going to have to turn his campaign rhetoric into pragmatic policy. We are still waiting to see exactly what that’s going to look like.”