OPINIONS The Heat: Trump-Kim Summit – Where do we go from here?

The Heat: Trump-Kim Summit – Where do we go from here? 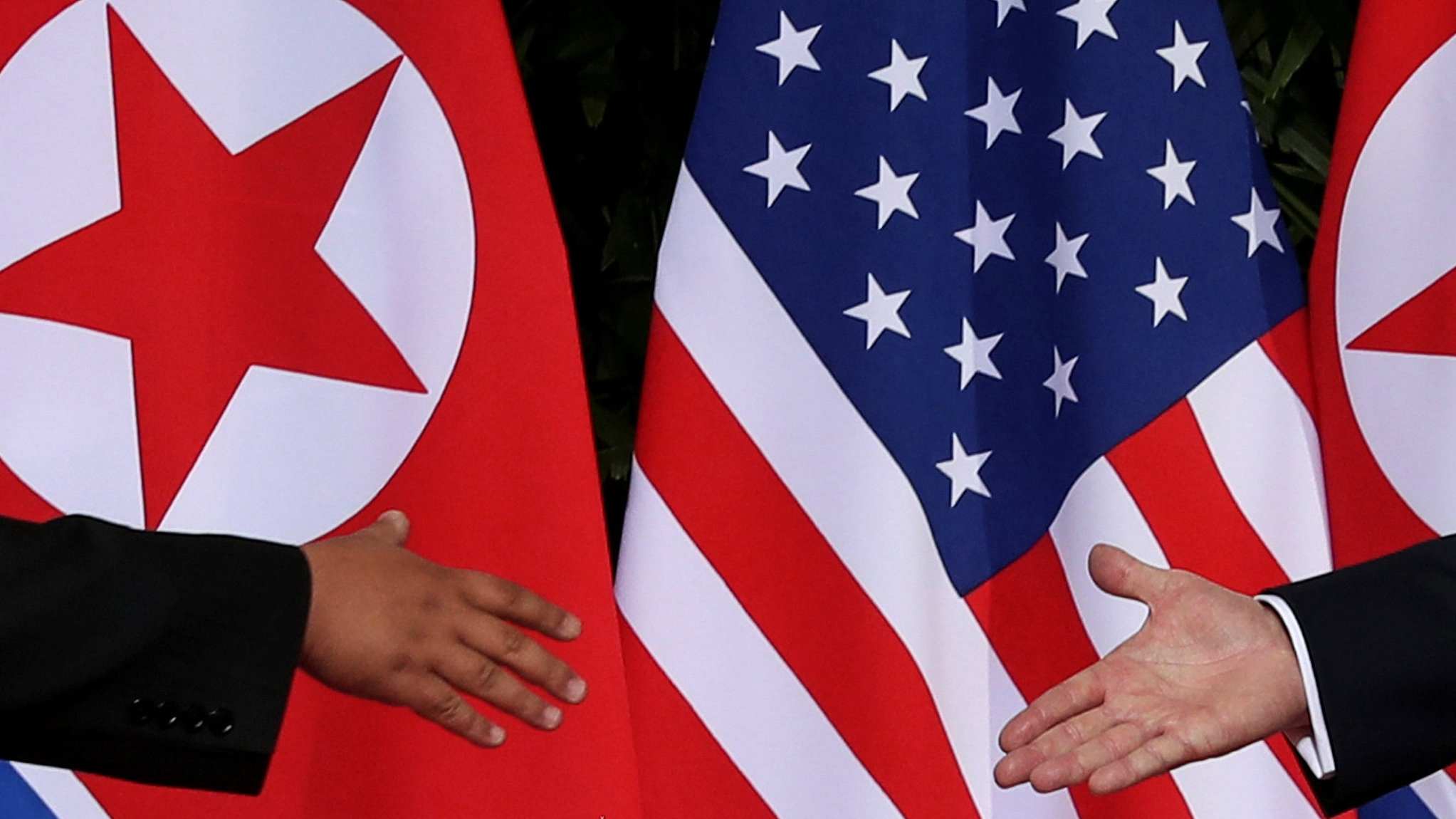 It was an extraordinary moment. After months of threats and insults, the leaders of the US and the Democratic People's Republic of Korea (DPRK) shook hands and held talks in Singapore.

The summit ended in a joint statement that opened the door to ending seven decades of hostility between the two countries. It said that Kim Jong Un reaffirmed his unwavering commitment to the complete denuclearization of the Korean Peninsula while President Trump committed to provide security guarantees to the DPRK.

Despite this being a historic moment, Lester Munson, vice president with BGR Government Affairs, said that with little specificity, the agreement that the two leaders co-signed was nothing more than a press release, and the Trump-Kim Summit was just the first step on a long road to peace.

“All of the details have to be worked out going forward,” Munson said. “We really don’t know what this agreement will lead to. President Trump is under a great deal of pressure from Congress to come up with a complete, irreversible and verifiable deal that will denuclearize the Korean Peninsula. If not, he’s going to get a lot of push-backs from his own party in Congress, so there’s a long road to walk down from here.”

In 1994, the Clinton administration and the DPRK signed a similar deal – the Agreed Framework – that called to end Pyongyang’s nuclear program and aimed to normalize US-DPRK relations, but it eventually failed. Brian Becker, a US-DPRK analyst and national coordinator with the ANSWER Coalition, said that Washington’s consistent willingness to make progress was an essential element to consider along the way.

“Bill Clinton was on the road towards the normalization of relations,” Becker said. “The only reason that process came to an end was that George W. Bush administration, which took office in January 2001, didn’t want to have good relations. The whole issue really here is does Washington want and improve relations with the DPRK or not.”

With Trump showing himself in the past to be unpredictable, there have been concerns that it is hard for the DPRK to trust the US to stick to the promises it makes, and the joint statement might end up being another Agreed Framework. On the other hand, Becker didn’t think this issue was about trust. He said the two leaders still don’t, and probably won’t, trust each other, which was exactly why the DPRK developed nuclear weapons as a leverage to bring the US to the bargaining table.

“They are now willing to negotiate with the United States to both have improved economic and diplomatic relations, the normalization of relations, possibly a peace treaty in exchange for denuclearization,” Becker said. “That’s been a goal all along.”

Tong Zhao, a nuclear policy fellow with the Carnegie Endowment for International Peace, also pointed out that the best way to convince the DPRK to give up its nuclear weapons is to normalize its relations with the United States, and China is more than willing to drive the process.

“I think the joint statement contributes to the escalation of the tensions and reduction of the risk of military conflicts on Chinese doorstep, and therefore it’s a welcome,” Zhao said.

After the summit, the Trump administration announced that the US was going to end joint military exercises with South Korea, and the South Koreans were taken by surprise. However, Soojin Park, a fellow at the Woodrow Wilson Center’s Asia Program, said that it was not a decision that could be made by the United States alone, and more clarification needed to be presented.

“President Trump may have meant a halt to the deployment of US nuclear tactical weapons to the Korean Peninsula rather than joint military drills altogether,” Park said. “But we need to hear what this is exactly about. I think this is a beginning of a long road up toward achieving a permanent peace regime and establishing a state that both Koreas can coexist peacefully and eventually, unify.”