As a foreigner living and working in this marvelous city — while observing the culture of Shanghai at work on a daily basis — I often wonder as to the source of this radiant culture. 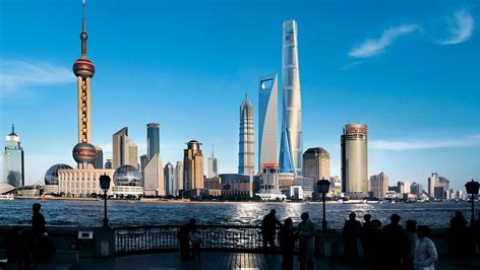 Historically, Shanghai culture was influenced and shaped by the region of Jiangnan (areas south of the Yangtze River), which is recognized today as Jiangsu and Zhejiang provinces, which were previously known as the ancient kingdoms of Wu and Yue.

Wuyue culture (吴越文化) is a major part of the Han Chinese group that has historically been demographic in the southern half of Jiangsu Province, the entire Zhejiang Province, some regions in Jiangxi Province, some parts of Fujian Province and the city of Shanghai.

The culture is known for being delicate and refined, having preserved many unique cultural traditions not existing in other regions of China.

Wuyue culture contributed to and had a significant impact on the civilization of Shanghai culture in many aspects.

The Shanghai dialect, or huyu (沪语, literally “Shanghainese language”), is a variety of Wu Chinese. Like other Wu variants, Shanghainese is unintelligible with other varieties of Chinese, such as Mandarin.

Shanghainese belongs to the Taihu Wu subgroup and contains words and expressions from the area of southern Jiangsu and northern Zhejiang provinces. With nearly 14 million speakers, Shanghainese is a lingua franca of the Yangtze River Delta.

Jiangnan sizhu (江南丝竹) is a style of traditional Chinese instrumental music from the regions south of the Yangtze River.

Sizhu, literally “silk and bamboo,” refers to string and wind instruments ─ string traditionally made of silk and flutes such as the dizi and xiao made of bamboo.

The term sizhu by extension also came to refer to instrumental music in general, especially that played indoors.

Food in Shanghai is widely said to be influenced by cuisines from Zhejiang and Jiangsu provinces.

Zhejiang cuisine (浙菜) is one of the “Eight Culinary Styles of China.” It derives from the traditional ways of cooking in Zhejiang, which is south of Shanghai. In general, Zhejiang cuisine is not greasy but has a fresh and soft flavor with a mellow fragrance.

Zhejiang cuisine consists of at least three styles, each originating from a major city in the province.

Hangzhou style — characterized by rich variations and the use of bamboo shoots.

Ningbo style — known for seafood, with emphasis on freshness and salty dishes.

Some sources also include the Wenzhou style as a separate subdivision due to its proximity to Fujian Province. Wenzhou style is characterized as the greatest source of seafood as well as poultry and livestock.

Longjing tea, sometimes called by its literal translated name Dragon Well tea, is a variety of pan-roasted green tea from the area of Longjing Village near Hangzhou. It is produced mostly by hand and renowned for its high quality.

Shaoxing wine is one of the most famous varieties of huangjiu, or traditional Chinese wine fermented from rice. It originates from the region of Shaoxing in Zhejiang Province.

It is widely used as both a beverage and a cooking wine in Chinese cuisine. It is internationally well known and renowned throughout Chinese mainland, as well as in Taiwan and Southeast Asia.

Jiangsu cuisine (苏菜) is also part of the eight culinary traditions. In general, Jiangsu cuisine’s texture is characterized as soft, but not to the point of mushy or falling apart.

For example, the meat tastes quite soft but would not separate from the bone when picked up. As the style of Jiangsu cuisine is typically practiced near the sea, fish is a very common ingredient in cooking.

Another source that influenced and shaped Shanghai as experienced by foreigners visiting, or indeed those based here, is haipai (海派, literally “Shanghai style”) culture, which refers to the avant-garde and unique “East-meets-West” culture from Shanghai in the 20th and 21st centuries.

The term was coined by a group of Beijing writers in 1920s to describe some Shanghai scholars and their style of embracing Western culture.

The name haipai originally came from painting and drama. According to “History of Chinese Painting,” published in 1937, during Emperors Tongzhi’s and Guangxu’s reigns in the Qing Dynasty (1644-1911), most Chinese painters lived in Shanghai and made a living by selling paintings. In order to make profits, painters catered to public taste, thus their paintings gradually demonstrated haipai style.

Haipai culture came from the 1920s and 1930s. Before the city opened its port in 1843, Shanghai culture was mainly influenced by the ancient kingdoms of Wu and Yue.

The idea of haipai has gradually changed and the culture has become one of the most charming styles in China. Usually haipai is seen as “all-embracing” while jingpai (literally “Beijing style”) is “traditional.” They represent two kinds of Chinese cultures and still have profound influence.

In contemporary China, haipai hasn’t lose its attraction. On the contrary, its influence continues.

In modern terms, it is seen as a symbol of diversity and inclusiveness, a special style which boasts both Eastern and Western cultures.

Shanghai is where aspiring revolutionaries first met and put their ideas to the test. To be more specific, it was where the Communist Party of China was founded.

This focuses on the city as the birthplace of the Party and the impact that has on its culture today.

It is about the stimulation, innovation and creation of Shanghai as an open and inclusive international metropolis under the guidance of socialism with Chinese characteristics.

The red culture continues to influence the Shanghai spirit today. The core of it, as we can see, is concern about the people’s happiness, national rejuvenation, and building a community with a shared future for mankind.