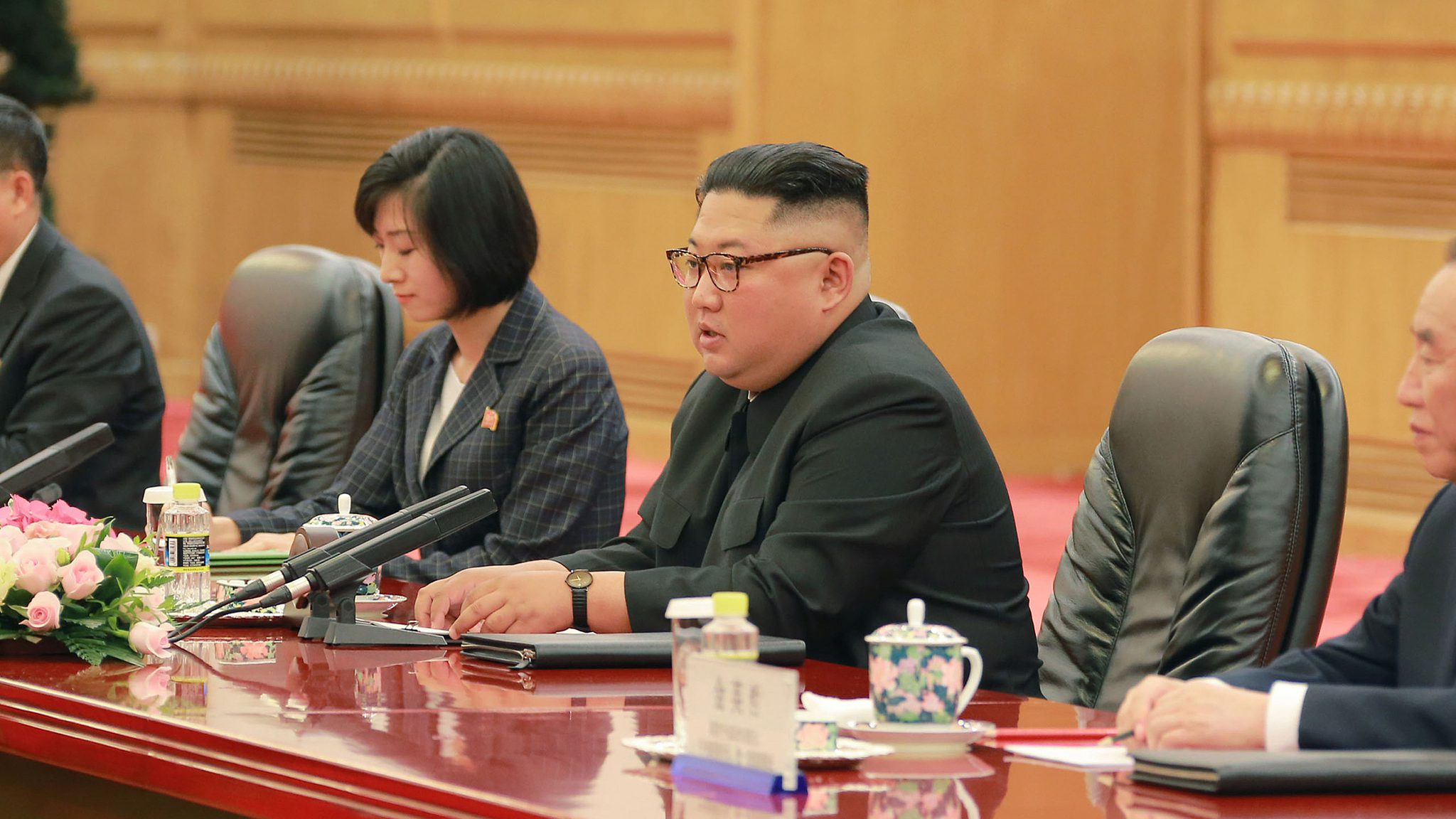 Kim Jong Un, leader of the Democratic People’s Republic of Korea (DPRK), is visiting China for the third time in three months.

His visits have perfectly sandwiched the two historic summits – one in Panmunjom with President of ROK Moon Jae-in, and another in Singapore with US President Donald Trump.

On his China visits, Kim first came to build rapport, then sought China’s take on the situation, and now he’s here to brief Beijing on the Singapore summit. Being nothing short of punctilious in his manners and etiquette, Kim has alluded to China as a de facto base camp in his diplomatic expeditions.

In order to be taken as a player instead of a pawn in the game of major powers, the DPRK has long sought to find its base camp so as to avoid being driven into isolation and despair.

Looking back to Kim Jong Un’s 2018 New Year’s Address, one could clearly identify his roadmap to diplomatic success.

Firstly, he deemed 2018 as “significant both for the north and the south” in the developmental history of the Korean people, not only due to the fact that the DPRK would send delegates to the Winter Olympic Games hosted by its southern neighbor, but also because he wanted to make sure such “national events” were to be celebrated “in a splendid manner” so as to “demonstrate the dignity and spirit of the nation.”

Secondly, Kim lauded DPRK’s historic accomplishment of “perfecting the national nuclear forces” in 2017, which he claimed to be “capable of thwarting and countering any nuclear threats.”

Last but not least, he went further in warning the United States that the whole of its mainland is within DPRK’s nuclear strike range, “and the nuclear button is on my office desk all the time.”

Ever since the PyeongChang Winter Olympics in February, Kim has triggered a diplomatic hurricane that has taken global media by surprise. He had two meetings with Chinese President Xi Jinping, one with ROK President Moon Jae-in, before standing shoulder to shoulder with US President Donald Trump on June 12. Within the span of a few months, Pyongyang has successfully performed a diplomatic triple jump. And now merely a week after his trip to Singapore, Kim is on the move again.

DPRK’s bold gambit in recent months begs the question: How could a poverty-stricken country afflicted with what some might call the toughest UN sanctions in history, have transformed into a confident player, central to a global stage that has long been dominated by major powers?

The answer lies in “nuclear plus China,” a powerful combo that enables Kim Jong Un to punch above his weight.

Having been bolstered militarily by nuclear missiles and politically by China, the DPRK now commands a level of “comprehensive national power” far beyond its conception under the current socioeconomic condition. Without such empowerment, Kim would not have been able to even pursue an equal footing with President Moon, let alone with US President Donald Trump.

So, why would China, a permanent member of the United Nations Security Council, an enforcer of current sanctions, and a major world power with clear agendas and priorities in the denuclearization process, agree to accommodate DPRK and act as its guarantor?

To grasp the inner logic of the situation, one must first recognize the dual hinges of the Korean nuclear issue: nuclear missiles and the DPRK government. Each major world power has its own take on these two key areas of concern.

China deems DPRK’s nuclear missiles – but not its government – to be the major source of instability and conflict on the Korean Peninsula. Whereas for the US, the nuclear missiles are at best a minor nuisance; the real thorn in the flesh is the Kim government. Imagine the Korean Peninsula being united by the South, would the US still be so keen on denuclearization? Not a chance. Because government change – not denuclearization – is what tops the US agenda on the DPRK.

But for the DPRK itself, nuclear missiles and the political government can never be separated, because the former is the cornerstone for the latter, and the latter the precondition of continuous development of the former. They are the heads and tails of the same coin. And DPRK’s foreign policy, in a nutshell, is flipping the coin according to its needs.

Prior to 2017, Kim Jong Un had barely traveled anywhere – he was busy conducting nuclear tests at home regardless of any sanctions and protests from China and the rest of the world. At that time, press coverage of the DPRK was never about visits and meetings, but instead dominated by endless launches and tests.

However, after its nuclear capability had reached a certain level, the DPRK felt confident enough to bring the government question to the bargaining table.

When Kim took his baby steps in international diplomacy, he naturally eyed China as his first and easiest destination, since it had never had any problems with his regime. If he could get anything from China, it would be constructive.

During his first trip to Beijing, Kim articulated his hope for Chinese support. And China wanted to maintain a stable relationship with its northeastern neighbor. Both sides got what they wanted.

Judging from the smoothness of the inter-Korean summit at Panmunjom and the Trump-Kim summit in Singapore, it should go without saying that China has played an indispensable role in enabling the conversations, especially the one between Kim and Trump, to take place.

The US has always refused to recognize the Kim government or to make any formal contact with it. Hence, it has always been the US’ intention to topple the government under the excuse of clipping its nuclear wings. Kim must have known clearly that his “nuclear plus China” combo is strong enough to cushion any potential fallout with Trump, before making an attempt to compel the US to accept his government.

The bold gambit had worked well for Pyongyang. It seems that Kim is happy with China’s role so far and is likely to reach out to Beijing in his future endeavors.

Of course, there are areas in which China could stand to benefit, because after all, the roadmap to denuclearization will be drawn in nowhere else but the base camp.