OPINIONS The long and arduous road towards denuclearization in DPRK

The long and arduous road towards denuclearization in DPRK 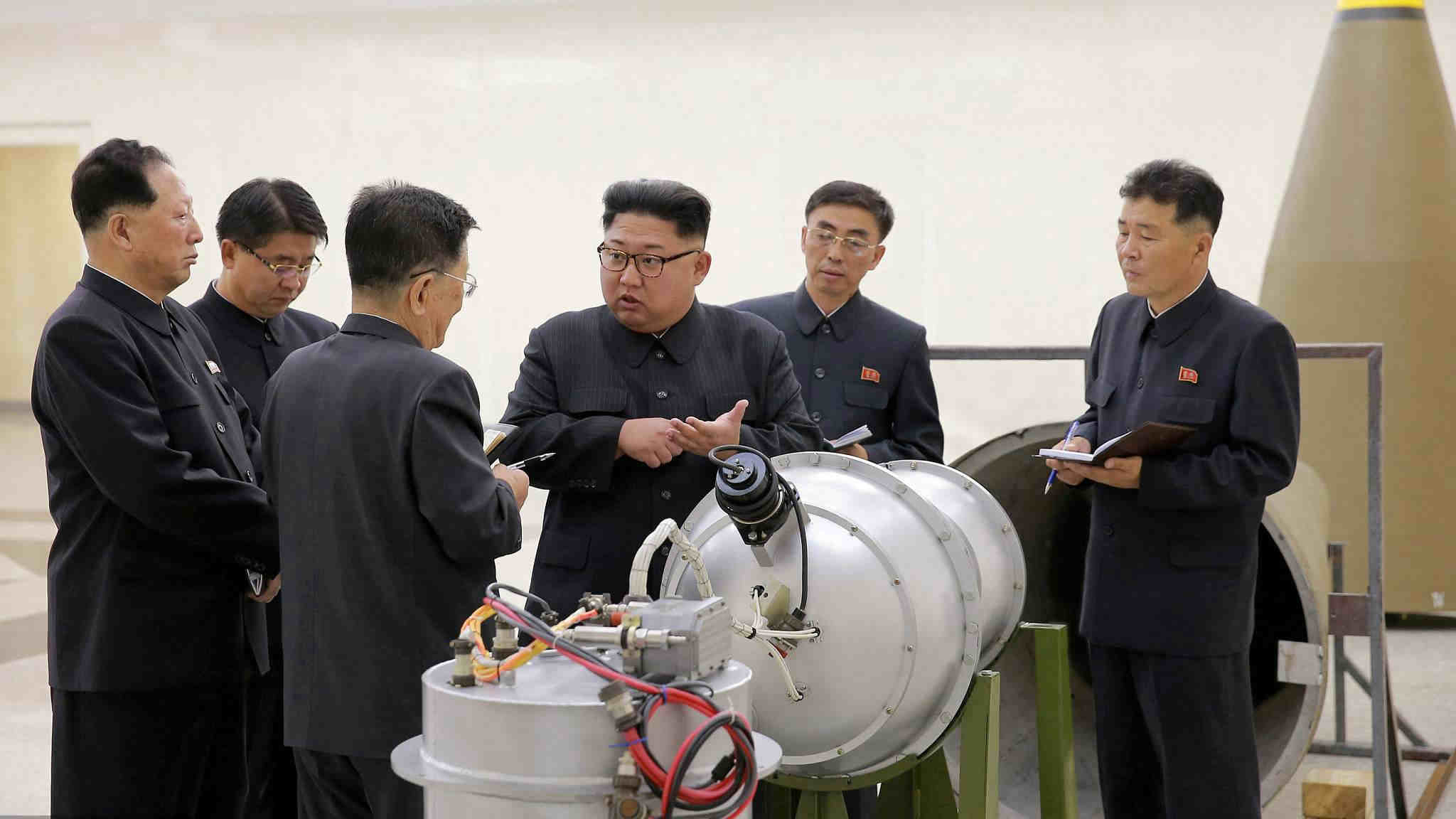 The drama surrounding the June 12 Trump-Kim summit, with Trump abruptly canceling the meeting on May 24 and then, within 24 hours, tweeting about the possibility of it actually going ahead, is truly stunning by any measure. 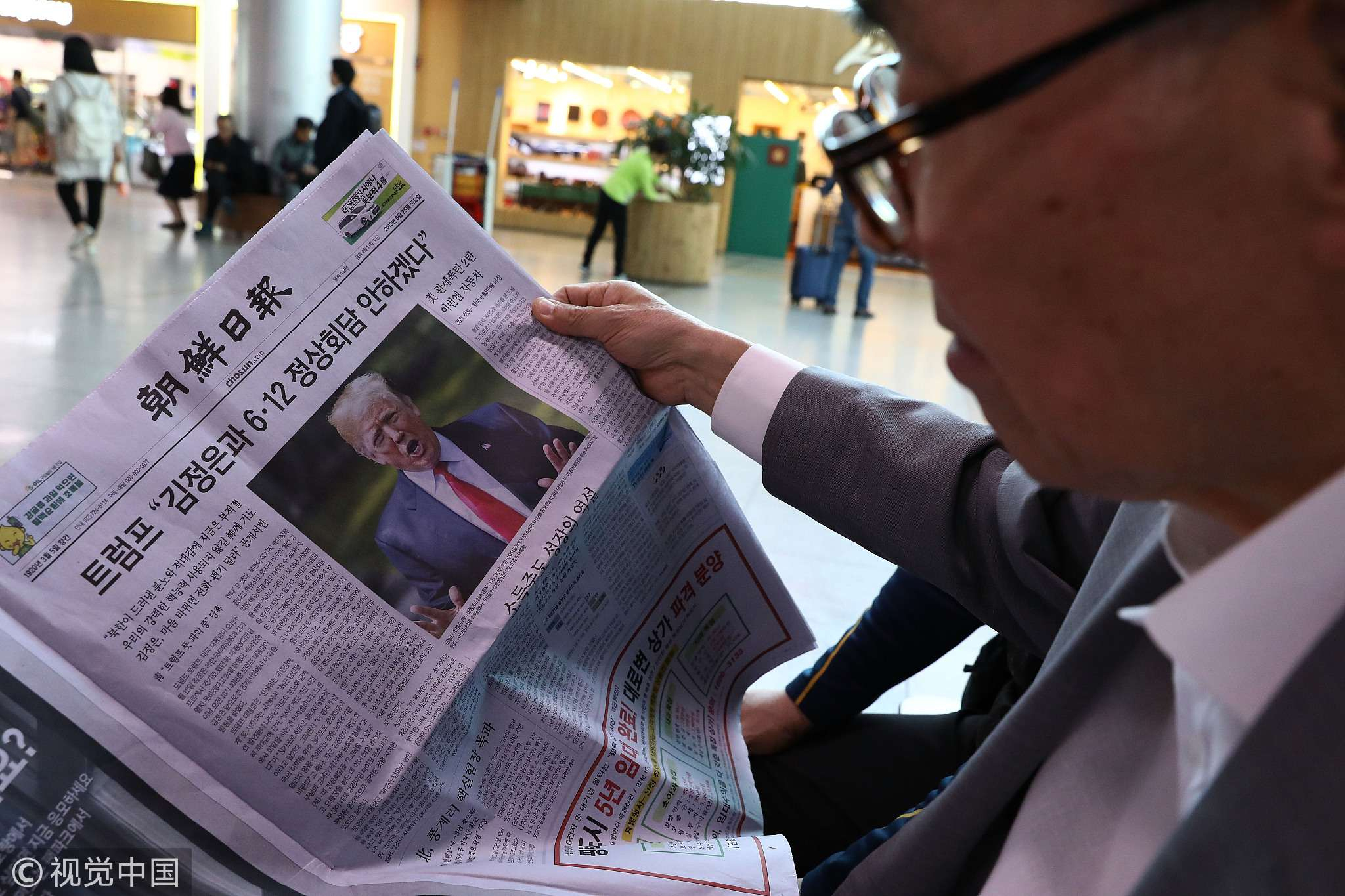 One can only guess what was behind this drama. The Kim government is relatively clear in its intention and strategy. It was, as usual, trying to gain a better position during the bargaining. After all, being the weaker party, it doesn’t possess enough leverage to go against the US other than showing its strong stance and willingness to play without following rules.

Retrospectively speaking, it would be unusual if Kim Jong Un did nothing but let the meeting go smoothly without last-minute bargaining. But Kim’s intention for talk is clear. As some of my colleagues predicted a year ago, once the DPRK’s nuclear capacity reached a certain level for the government to be able to bargain with the US, the DPRK would change its rhetoric and instead portray itself as a peace lover. That, as shown by the DPRK’s statement responding to Trump’s cancellation letter and Kim’s second meeting with President Moon of S. Korea on May 26, is precisely what is happening. 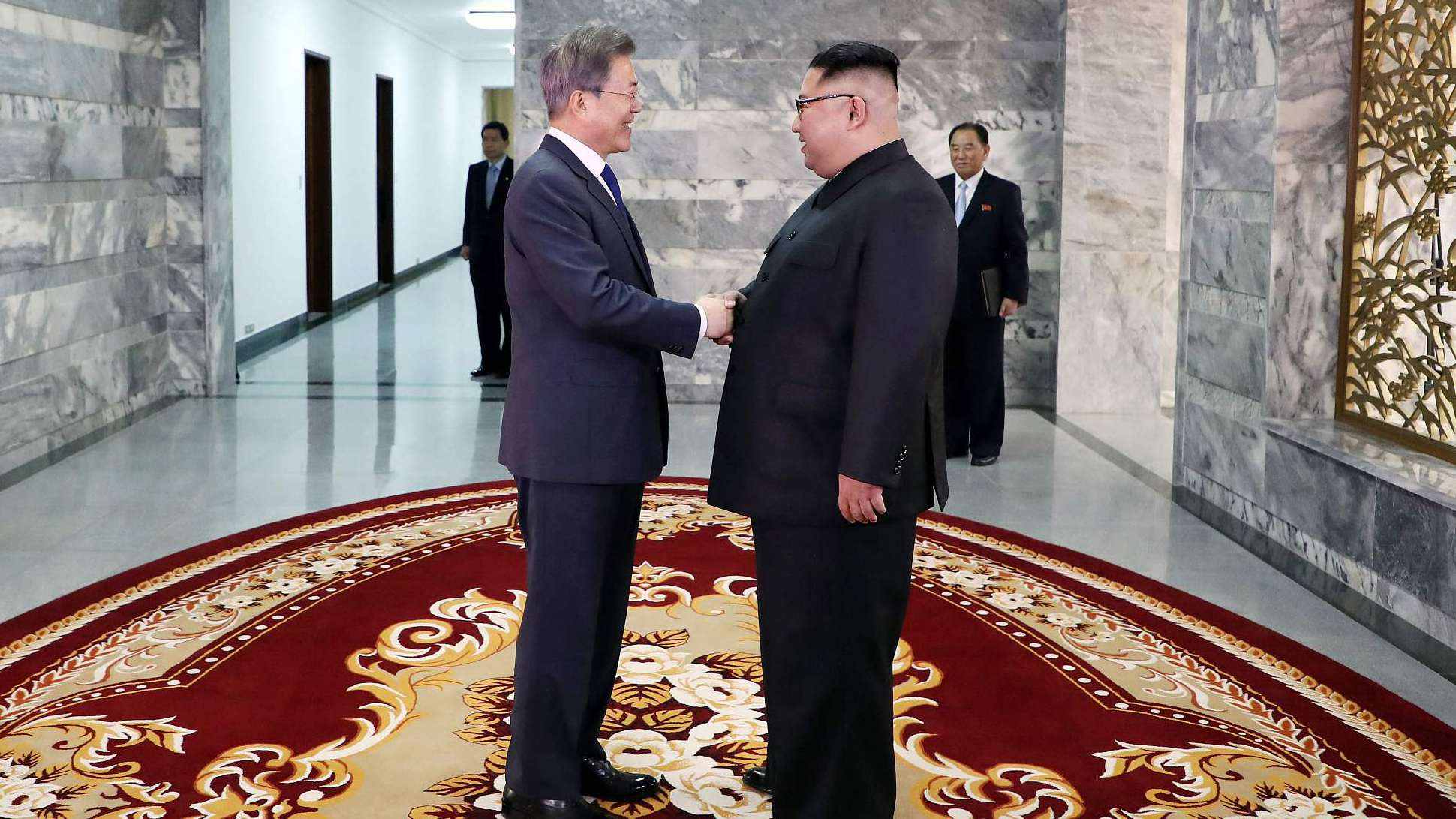 ROK President Moon Jae-in (L) shakes hands with DPRK leader Kim Jong Un during their second summit at the north side of the truce village of Panmunjom in the Demilitarized Zone (DMZ), on May 26, 2018. (Photo: VCG)

On the other hand, as many predicted correctly as well a long time ago, the greatest uncertainty rests on the US side. Even though Trump insisted that there was no internal divide in the White House, his eagerness for the talk before and after issuing the cancellation letter and his ambiguous language in the letter all show that he was not likely to use the letter to gain any leverage against Kim. Rather, he was not capable of controlling his own team.

A year ago, I wrote to warn that uncertainty created by Trump’s erratic behavior and his inability to control his decision-making process would put Kim in a difficult position to make a compromise. Now the situation for Kim has changed and he is willing to negotiate. But Trump’s problems remain and only put him in an awkward position.

The bottom line is that we are in a bizarre situation where two men play games without agreeing what the rules are. For a difficult case like the current one, giving the leaders enough space for free thinking and bold action without being bound by political correctness may not be a bad thing. Hopefully, the chaos within the Trump administration would not create new problems as the two sides seem willing to grasp the slim chance to hold the scheduled summit. 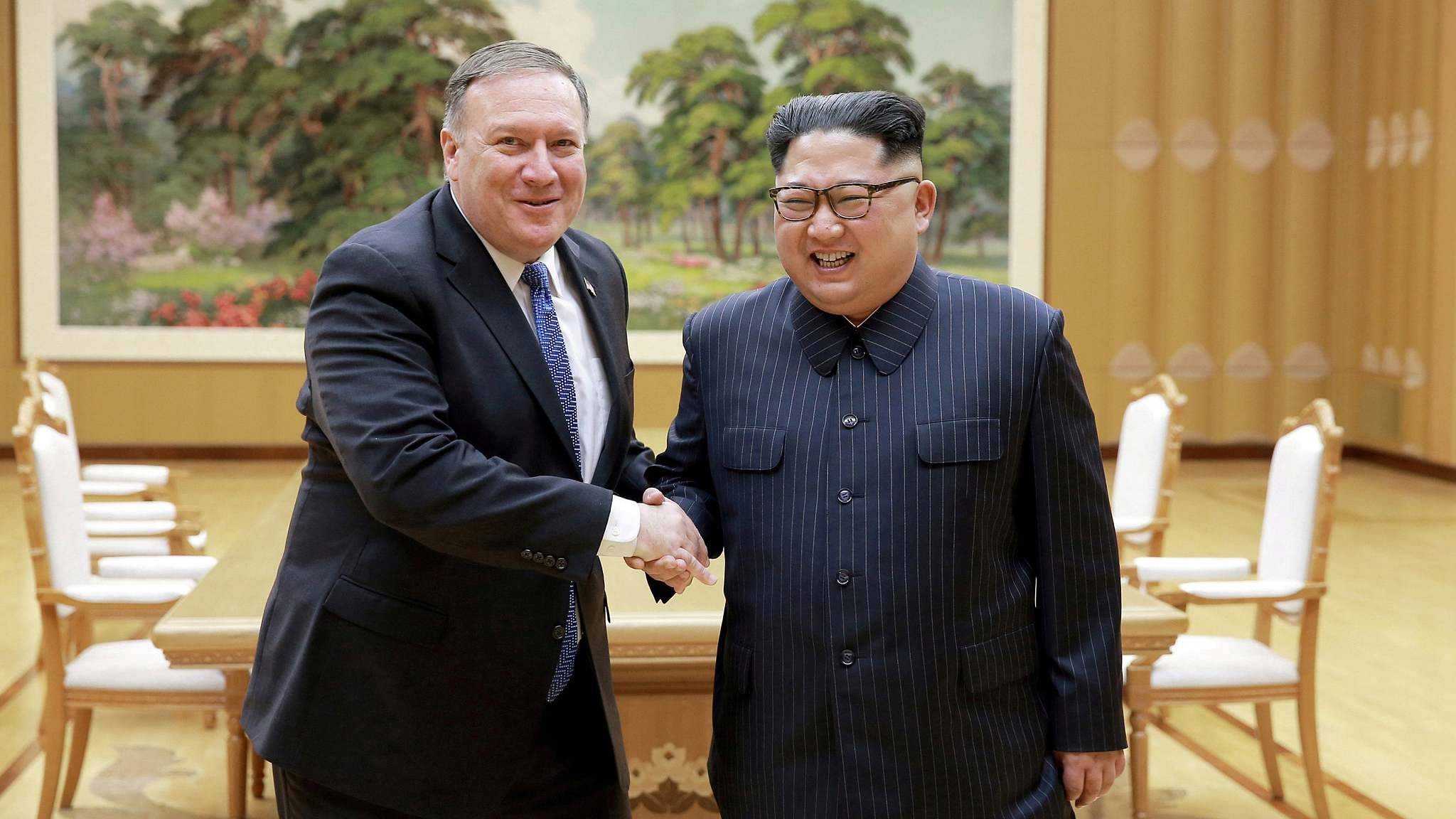 DPRK leader Kim Jong Un shakes hands with US Secretary of State Mike Pompeo in this May 9, 2018 photo released on May 10, 2018, by the DPRK's Korean Central News Agency (KCNA) in Pyongyang. (Photo: VCG)

Thus a natural question is in order: even if the meeting will be held on June 12, given what has happened, what should we expect after it has ended? It is difficult to imagine the precise scenarios that may occur but one can safely predict, particularly for now, that more troubles will follow. The denuclearization in DPRK is doomed to be a long and arduous road and it would be foolish for anyone to give a simple answer about the future. Chinese President Xi Jinping (R2) and his wife Peng Liyuan (R1) meet with DPRK leader Kim Jong Un (L2) and his wife Ri Sol Ju at the Great Hall of the People in Beijing during Kim's visit to China from March 25 to 28, 2018. (Photo: Xinhua)

A silver lining for this gloomy situation is that S. Korea, China and Russia could play a more positive and active role in putting the negotiation between Trump and Kim into a more structured format so that anything like what has happened can be managed. It is anybody’s guess what role China has played in the past few days and how much it contributed to the situation. But the fact that Trump repeatedly expressed his appreciation for President Xi Jinping’s assistance suggests that the US wants China to be more helpful in solving the problem. Mr Trump should do more to avoid conflict with China at this moment – particularly on trade issues – if he wishes for a more predictable future.

That wouldn’t change the fact that the internal dynamics in the White House ultimately determine the outcome. By adding an extra layer of constraint from outside, nevertheless, can greatly assist every actor involved in better understanding each other and therefore behaving more rationally.

After all, it is a great power struggle that has allowed the situation to develop to where it is today. In this critical moment, therefore, it is more important than ever for the great powers to work together to solve this problem.