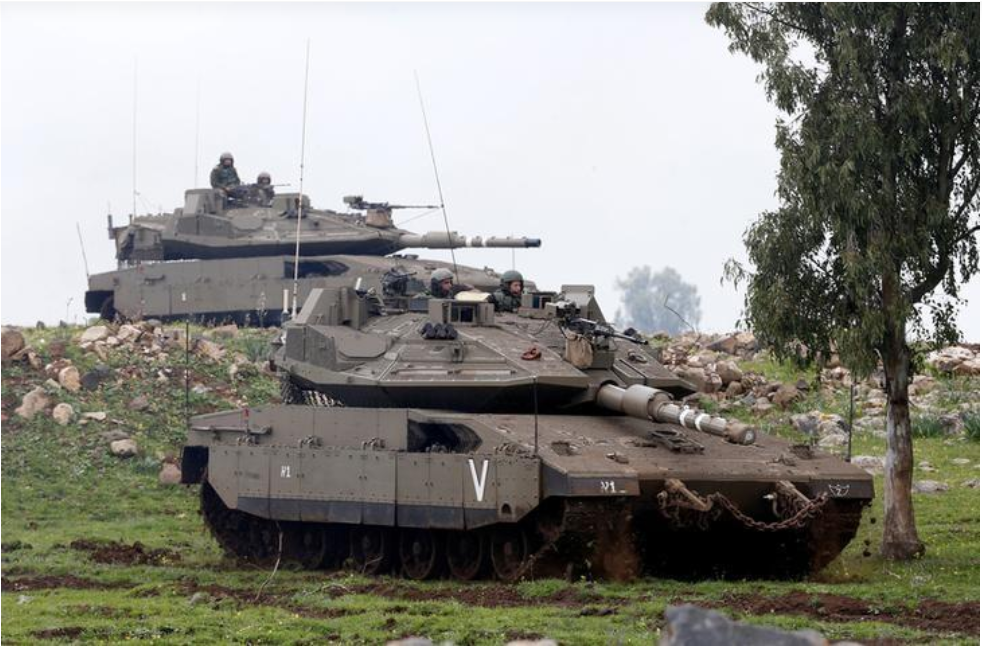 Israeli soldiers take part in an exercise in the Israeli-occupied Golan Heights, near the ceasefire line between Israel and Syria, March 20, 2017. REUTERS/Baz Ratner

Middle East tensions are flaring – again – as Lebanon becomes the new front in the regional rivalry between Sunni Saudi Arabia and Shi’ite Iran. But while the focus of the news has shifted from the battering of Islamic State to the repercussions of the resignation of Lebanese Prime Minister Saad al-Hariri, there’s been a remarkable silence about one of the Middle East’s most important players: Israel.

In an ironic twist for the Jewish state, the IS losses have consolidated Iran’s strength in the region, allowing Tehran to establish a Shi’ite "land bridge" extending through Iraq, Syria and Lebanon to Israel’s northern border. That raises the risk of a military clash between Israel and Iran right at a time when American engagement in the Middle East may start to wane.

This threat is not something the Trump administration can afford to ignore. One of the increased dangers is that Iran’s expanded footprint will make it easier for Tehran to ship weapons through to Hezbollah, its militant proxy in Lebanon. And perhaps even more worrying for Israel, Iran's increasing presence in southern Syria offers Tehran the opportunity to position either its own troops or fighters from Hezbollah or other Shi’ite militias who could strike directly at the Jewish state.

These scenarios are "red lines" for Israel – and the Israelis have not hesitated to use military force to enforce red lines in the past. Over the last several years, Israeli jets have struck dozens of shipments of weapons such as guided missiles and anti-aircraft systems bound for Hezbollah in Lebanon and Israeli leaders remain committed to prevent the transfer of those weapons in the future. In 2015, an Israeli strike on the Syrian Golan Heights killed both an Iranian general as well as the commander of Hezbollah's forces in Syria and Israel – as if to emphasize its ability to do so again – publicly revealed it knew the identity of Hezbollah's new commander in southern Syria.

It’s easy to imagine different situations in which Iranian-Israeli tensions could erupt into a military confrontation. Israel is unlikely to stop bombing Iranian weapons shipments bound for Hezbollah or even directly striking Syrian military positions iferrant fire lands in Israeli territory. For its part, Iran’s military chief of staff responded to a recent Israeli strike on Syrian military positions with a warning that it was “not acceptable for the Zionist regime to violate Syria any time it wants.” Another possibility is that an Iranian-backed Shi’ite militia – one of which recently announced its intention to "liberate" the Israeli Golan Heights – could attack Israeli troops, leading to an Israeli response that could draw in Iranian fighters. In a worst-case scenario, Israeli bombing raids into Syria could even bring it into direct clashes with Russian forces in the country to support Syria’s Bashar al-Assad.

In the case of Lebanon, there are fears that Israel could be dragged into the conflictif Hezbollah seeks what former U.S. ambassador to Israel Daniel B. Shapiro calls “an accelerated confrontation with Israel as a means of unifying Lebanese support for their dominance.” With Iranian troops reportedly on Israel’s northern border, it’s possible that if conflict breaks out in Lebanon Israeli troops could clash directly with Iranian forces. 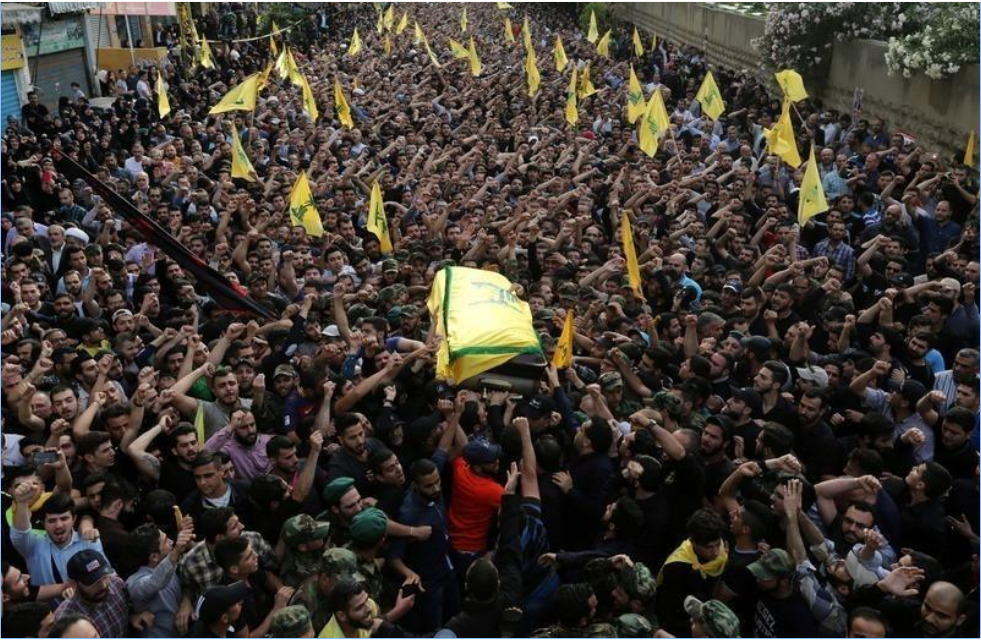 Hezbollah members carry the coffin of top Hezbollah commander Mustafa Badreddine, who was killed in an attack in Syria, during his funeral in Beirut's southern suburbs, Lebanon, May 13, 2016. REUTERS/Aziz Taher

The Trump administration must recognize that any Israeli-Iranian military conflict in Syria would threaten American interests. For one, it could interfere with America's ability to finish off Islamic State now that the Sunni extremist group has lost its strongholds in Iraq and Syria. For another, if Washington’s longstanding alliance with Israel forces it to join the fray, Iran could see that as an opportunity to retaliate against American interests throughout the Middle East.  Indeed, given Moscow's alliance with Tehran in Syria, any U.S. participation in an Israeli-Iranian conflict might even lead to American forces facing off against the Russians – a risk that has already been raised.

As much as the Trump administration might want to simply finish off Islamic State and then be done with Syria, it can't afford to do so. The 2006 war between Israel and Hezbollah, which began after Hezbollah kidnapped two Israeli soldiers in a raid, is a stark reminder that in the Middle East even minor incidents can spark a conflagration. 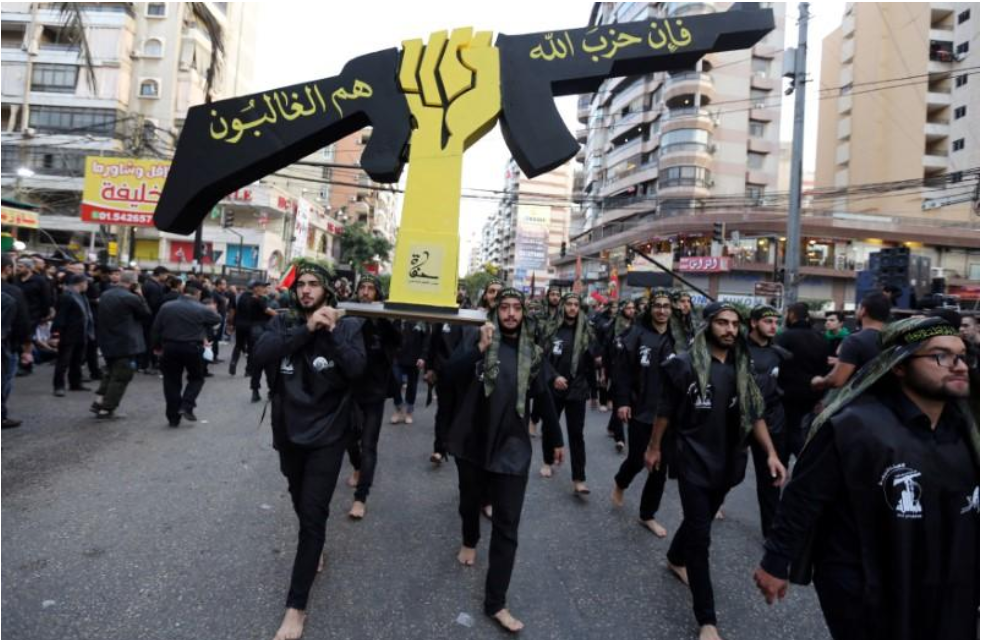 First, the U.S. must take Israeli concerns about Iran's presence in Syria more seriously. Israeli Prime Minister Benjamin Netanyahu opposed the southern Syria July ceasefire negotiated between the United States and Russia because it perpetuated the Iranian presence in Syria, with one senior Israeli official telling Israel’s Haaretz newspaper that the deal didn't "include a single explicit word about Iran, Hezbollah or the Shi’ite militias in Syria.” Given that it’s uncertain how effective the Trump administration might be in reining in Israel during a crisis, American policy makers are better served by taking Israel's interests into account before a conflict breaks out.

Second, the administration should send a clear warning to Tehran through diplomatic back channels that Washington would consider unacceptable any attempt by Iran to escalate its confrontation with Israel either directly or through proxies. Since it’s not clear that Jared Kushner – who plays a key role for the Trump administration in the Middle East – possesses the experience or credibility to do this, the message should come from senior military or Pentagon officials.

Third, the U.S. must push Russia to be proactive about containing Iran. While Israeli Prime Minister Benjamin Netanyahu has expressed his concerns about Iran’s presence in Syria to Russian President Vladimir Putin, it’s not clear if Putin is willing to do so – nor what he might want in return. It’s therefore up to American officials to tell their Russian counterparts that Washington expects Moscow to do its part to prevent the widening of regional conflict. In exchange, Washington can offer Russia a chance to be treated as a world power and on an equal footing with the United States – a longtime priority for Putin.

Israeli planners want the United States to have a strategy for Syria. American policy makers should take heed before it’s too late.